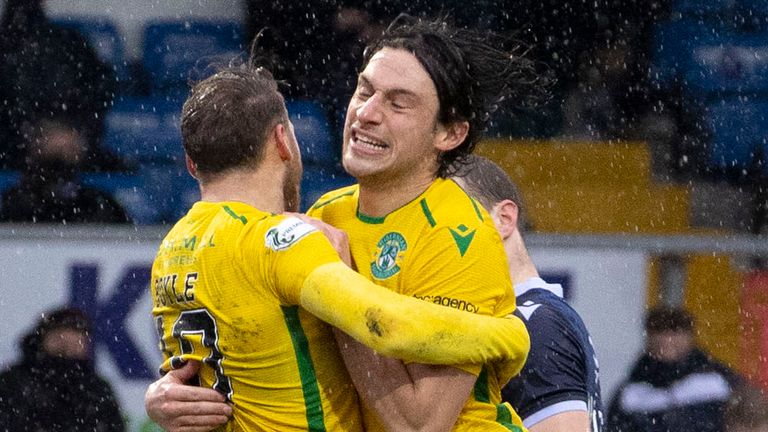 Billy Mckay put the hosts in front in the 50th minute, but Martin Boyle equalised from the penalty spot three minutes later and second-half substitute Nisbet completed the comeback with a 60th-minute strike.

A lack of quality in the final third meant chances were at a premium in the first half. 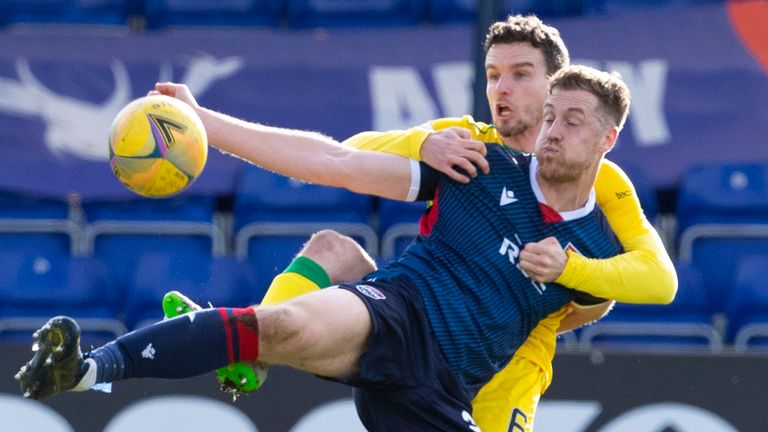 Hibs had most of the ball but struggled to break their opponents down and it was in keeping with the game that the best opportunity of the half came from a defensive error by Leo Hjelde.

The on-loan Celtic defender sold Ross Laidlaw short with a back pass, allowing Martin Boyle to nip in and take the ball.

He was forced too wide to have a shot at goal himself, though, eventually picking out Chris Cadden, who sliced his effort over the bar.

But the game burst into life after the restart and County were the first to find the net. 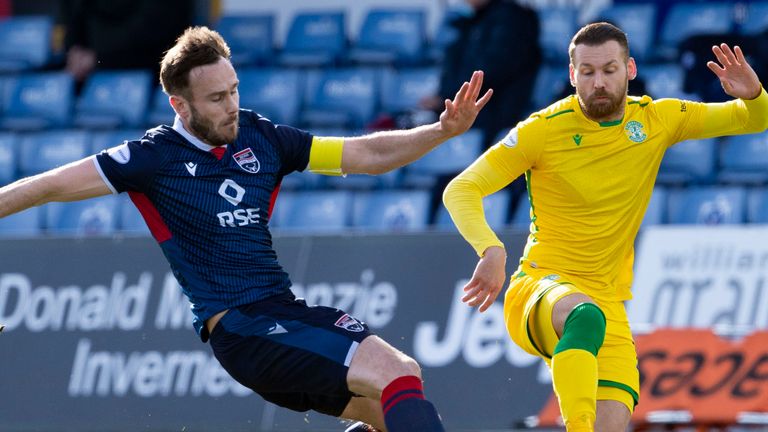 Jason Naismith’s high ball into the box held up slightly in the air, allowing Jordan White to cushion it down for Mckay to slot past Ofir Marciano.

Hibs were soon level. Alex Iacovitti was adjudged to have taken down Boyle inside the area – a decision that left the Staggies incensed – and the Australian stepped up himself to dispatch the spot kick.

Hibs struck again on the hour mark through Nisbet. 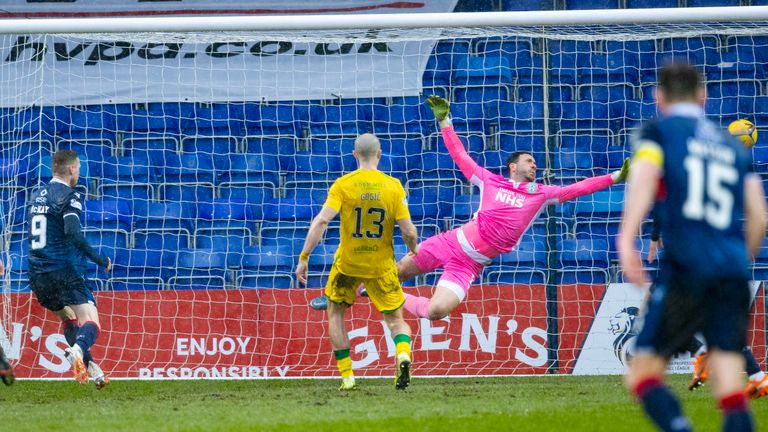 Laidlaw saved from Boyle and Alex Gogic in the build-up, but County could not clear their lines and Nisbet got on the end of Paul Hanlon’s ball across the face of goal to finish.

Both sides continued the create chances, with White seeing a header from a Hjelde free-kick strike a post for County and at the other end Nisbet forcing Laidlaw into a fingertip save.

County could not find an equaliser, though, ensuring they remained four points above basement boys Kilmarnock and three clear of Hamilton, while Hibs extended their lead in third over Aberdeen to six points. 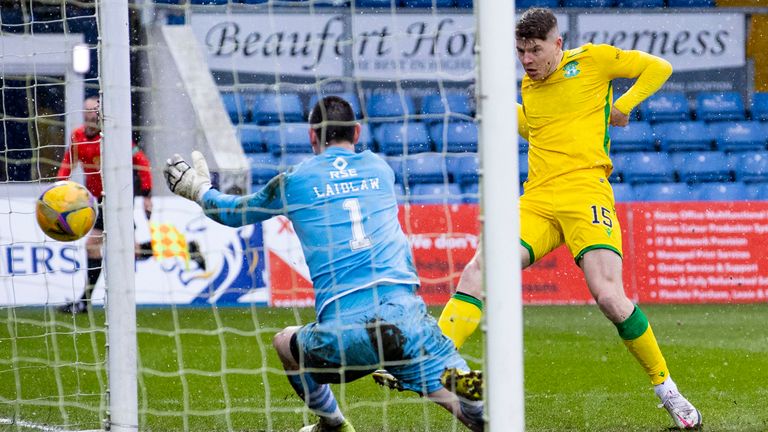 Livingston host Hibernian in the Scottish Premiership on Saturday March 20 at 3pm. Ross County travel to face St Johnstone at the same time.