In front of 300 socially-distanced home fans allowed in as a test event for supporters returning to football, Hoops forward Odsonne Edouard scored from the spot in the fourth minute before strike partner Albian Ajeti, making his first start for the visitors, added a second.

County had created more than their fair share of openings in the first half but were left with no chance just before the hour mark when Republic of Ireland defender Duffy, the loan signing from Brighton, powered a header in from a corner. 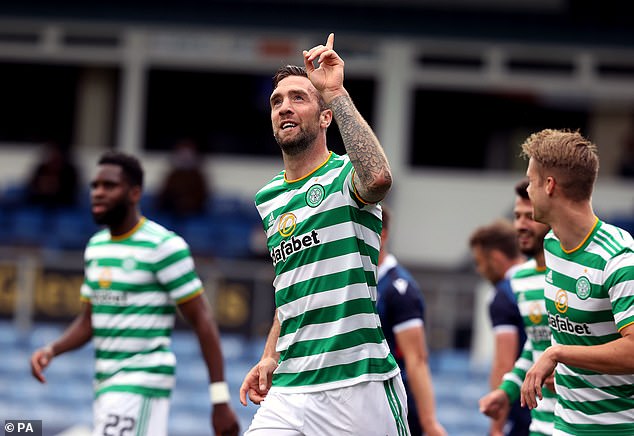 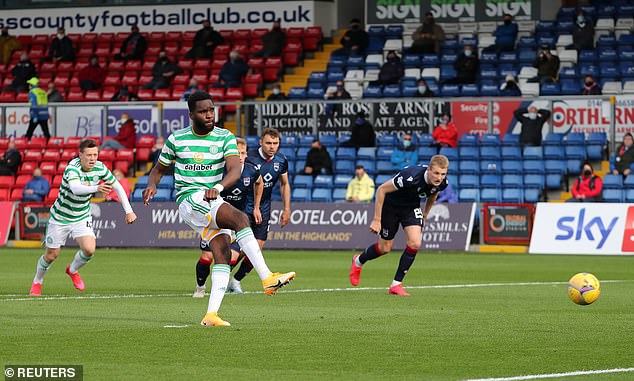 Fellow defender Kristoffer Ajer tapped in a fourth before substitute Patryk Klimala added a fifth to leave Neil Lennon’s side six points behind leaders Rangers with two games in hand.

While Lennon opted for a back three of Duffy, Ajer and Christopher Jullien, it was Ajeti, starting alongside Edouard, who made their mark early on.

The small band of Staggies fans sat in silence when referee Andrew Dallas pointed to the spot after the French forward tumbled to the ground inside the box after what looked like a tug by defender Jordan Tillson, back in the side with Josh Reid and Harry Paton

The Hoops attacker – back from a thigh injury – rolled the spot-kick into the corner of the net. 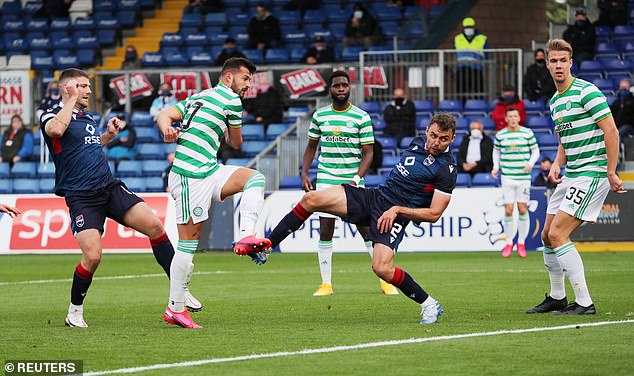 County’s response was positive. Captain Iain Vigurs had a couple of dangerous free-kicks from distance, the first saved by Parkhead keeper Vasilis Barkas, the second rebounding off the post – Barkas might have got a touch – and then defender Connor Randall came close with a drive which went narrowly wide.

But then Celtic doubled their lead. The Staggies defence failed to clear Callum McGregor’s free-kick from wide on the left and Ajeti pounced to fire past Laidlaw from eight yards for his third Celtic goal since signing from West Ham. 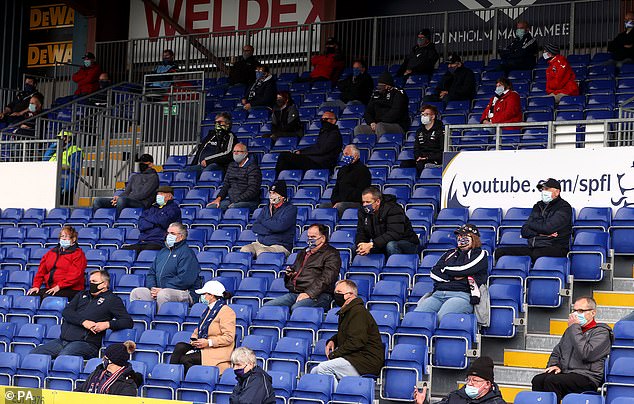 Striker Billy Mckay’s whipped-in cross from the left on the half-hour mark was met at the back post by Ross Stewart and his header back across goal looked in until Barkas stretched to claw the ball away.

County, who had replaced the injured Mckay with Oli Shaw in the first half, had yet another chance to score early in the second half after McGregor’s effort from distance was saved by Laidlaw.

Stewart found himself with time and space inside the box but his shot was just too close to Barkas.

However, the most basic of goals in the 59th minute – a powerful Duffy header from a McGregor corner- effectively sealed the points for Celtic.

Five minutes later Ajer added a fourth with a tap-in from an Olivier Ntcham pass and it became a stroll.

Klimala, on for Ajeti, should have made it five but his shot was blocked on the line by defender Alex Iacovitti – but the Polish striker got his goal in the 76th minute when he smashed the ball in after being set up by fellow substitute Mohamed Elyounoussi. 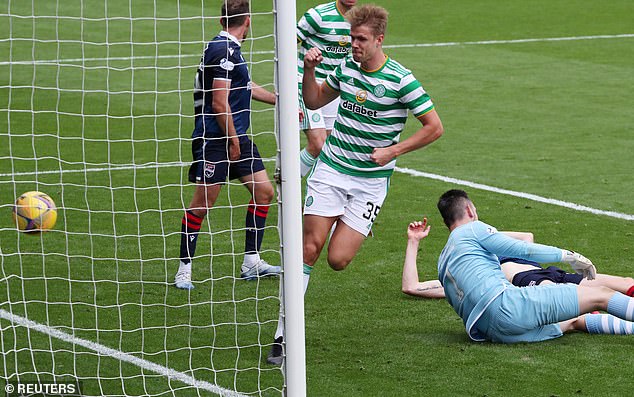 Kristoffer Ajer celebrates after his goal, scored in the 64th minute, made it 4-0 to Celtic 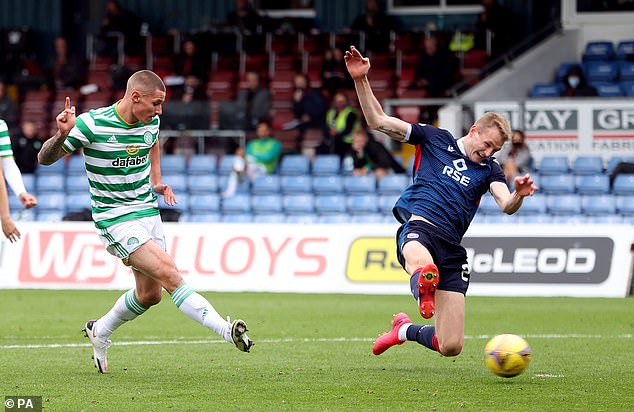 There were late substitutions and one of the new arrivals, David Turnbull, recently signed from Motherwell, replaced Scott Brown to make his Celtic debut before Shaw hammered a free-kick off the Celtic post, summing up County’s day.