Ross Barkley revealed that Frank Lampard told his players at half-time that their performance was not ‘good enough for the Chelsea badge’ before they went on to beat Leicester 1-0 win in the FA Cup quarter-finals.

Barkley came off the bench to net the winner in the 63rd minute to send Chelsea to the last four of the competition, but the west Londoners were going through the motions during the first-half of the match at the King Power Stadium.

The Chelsea manager did not hesitate to rip into his players at the interval, before making a triple substitution for the second-half which included bringing on match-winner Barkley. 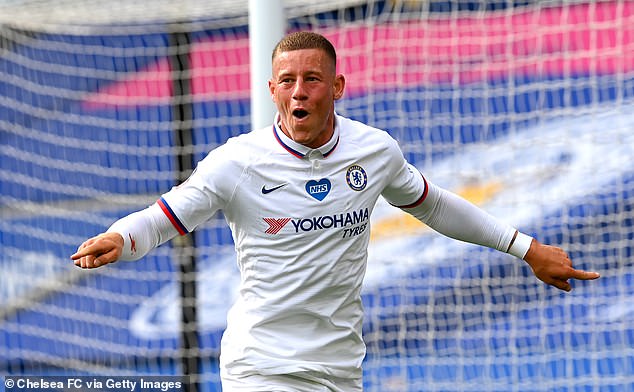 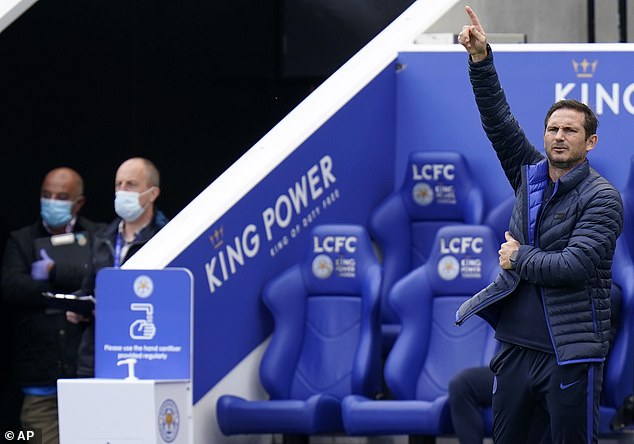 When asked about what Lampard said at half-time, Barkley told BT Sport: ‘[He said we were] not good enough for the Chelsea badge to be performing like that.

‘[We needed to] be vocal on the pitch and make things happen. We could have done better with the final pass and stuff like that.’

Barkley admitted that Chelsea fell short of Lampard’s standards throughout the game, despite going on to secure their semi-final spot.

The midfielder’s goal means the Blues have won every game since coming out of lockdown and have extended their winning run in all competitions to five games. 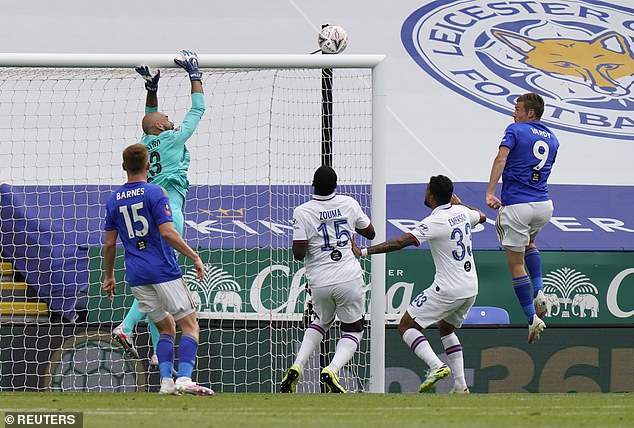 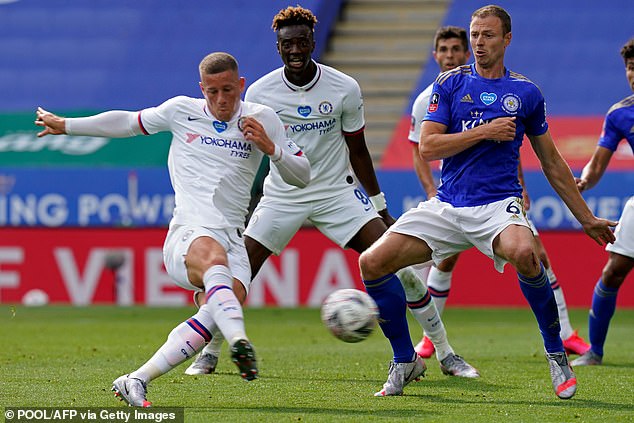 But Lampard made three changes at half-time including Barkley, who scored the winner

Barkley added: ‘We weren’t at our best today. There were a lot of things we could have done better.

‘We needed to keep the winning motivation. We haven’t lost since we have come back. But getting into the semis was the most important thing.’

Barkley steered home Willian’s cross from the right-wing to give the Blues the lead just 20 minutes after coming off the substitute’s bench.

The England midfielder revealed Lampard had instructed him to make runs into the box before bringing him on.

He added: ‘The gaffer said to get into the box and make things happen. We work on it a lot in training. Midfielders get in the box and the rewards are there.’ 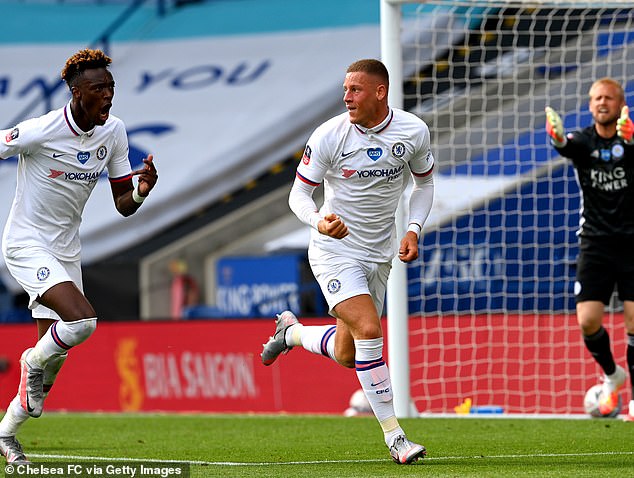 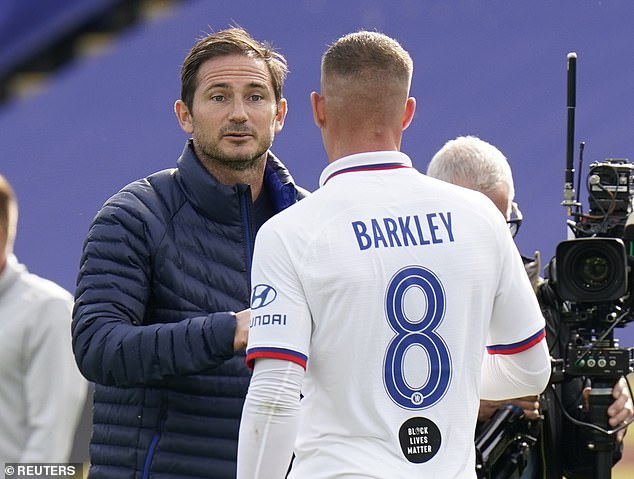 Talking about Barkley’s movement for his goal, BT Sport pundit Joe Cole said: ‘Frank was the best in the world at that. I am pleased for Ross, he is fighting for his place.

‘He has played over 30 times for his country and people are talking about Grealish and he has been forgotten.’

Fellow pundit Rio Ferdinand added: ‘He needs to listen to frank about the timings of when to get into the box.

‘He’s got the experience and know-how of getting into the box. He needs to kick on and this is his moment now.’