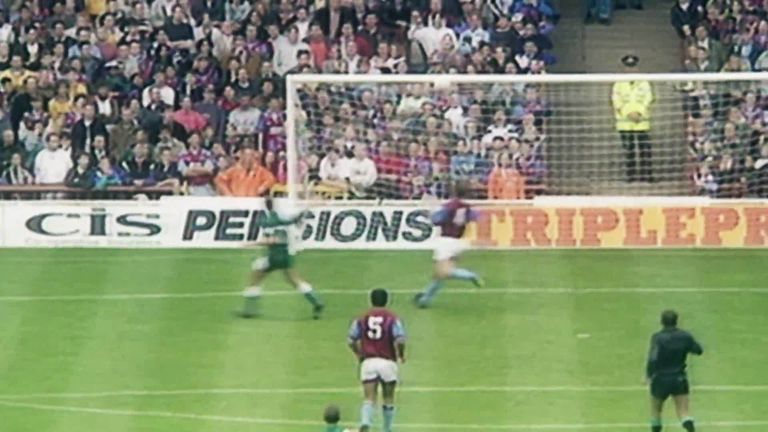 Ronny Rosenthal was the mystery man on The Football Show and the former Liverpool forward’s infamous miss from point-blank range at Aston Villa was recalled on the show.

The Israeli failed to score from an open goal on September 19, 1992, instead hitting the bar and creating a fine tradition of mind-boggling misses in the top-flight.

Jamie Redknapp played while Graeme Souness managed in Liverpool’s 4-2 defeat at Villa Park that day, in which Rosenthal would score a late consolation but by then, the damage had been done.

Recalling the incident on The Football Show, Redknapp said: “There wasn’t a bobble. Trust me, I played with Ronny and there wasn’t a bobble! When he went through, I genuinely looked away as I thought it was a goal. I can’t think of a worse miss than that. It’s got to be the worst miss in the Premier League.”

Souness added: “Ronny was a great goalscorer, and he generally finished. That was very unusual for him. It was just one of those things.”

Rosenthal has been haunted by and been synonymous with the episode ever since but was it the worst-ever miss in the Premier League?