Romelu Lukaku still needs to be replaced at Manchester United, according to former Red Devils midfielder Paul Ince. Lukaku left United for Inter Milan last summer for a fee of £74million. The Belgium international has enjoyed a fine debut campaign under Antonio Conte, scoring 33 goals in 50 appearances ahead of Friday’s Europa League final against Sevilla.

That is more than double the tally of 15 goals Lukaku managed in his second and final campaign at Old Trafford.

Ince does not think the 27-year-old would have scored as many goals if he stayed at United.

However, he says it is clear Ole Gunnar Solskjaer needs a frontman who can provide what the former Everton man can.

“No I don’t think he would be [scoring that amount of goals for United],” Ince said on BT Sport. 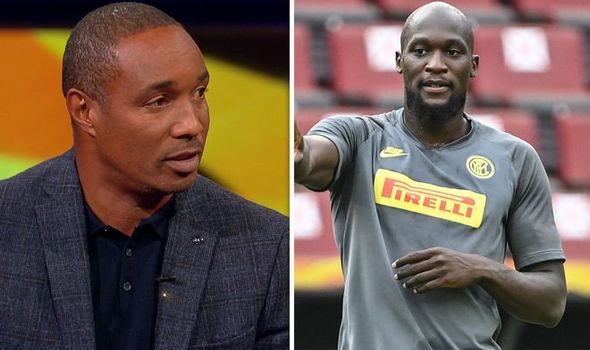 “He’s with a different manager, I think what Conte’s got out of him is a lot more than what [Jose] Mourinho or Ole got out of him at Manchester United.

“The goal there where he just bursts past the player, you wouldn’t see that at Old Trafford.

“Has it benefited Man United? I don’t think so, because they still need a man, if you go back to the game against Sevilla where they couldn’t score, they need someone to put the ball in the back of the net.

“When you see Lukaku do that, you start thinking why did we let him go?”

And former midfielder Owen Hargreaves has urged the club’s board to get a deal over the line for the England international.

“I hope he comes over here. He would be perfect for United,” Hargreaves told talkSPORT.

“I don’t think they [Dortmund] have much of an argument because they’ve pretty much sold everyone, whether it’s been [Robert] Lewandowski, [Mats] Hummels, [Mario] Gotze or [Ousmane] Dembele. Everyone has pretty much left there.

“We know they are a selling club and it’s obviously about money.

“In Jadon, as much as we are in a difficult space right now with everything going in the world, it will be money well spent.

“You just have to get the deal done. You saw what Bruno [Fernandes] did to United. Jadon would do the same.”