Sir Geoff Hurst and Kevin Keegan led the tributes to Roger Hunt at the funeral of Liverpool’s record league goalscorer.

Former team-mates and senior executives from the club, including CEO Billy Hogan joined Hunt’s family for the hour-long service of celebration at Liverpool Cathedral.

Hurst was not present but his eulogy to his fellow 1966 World Cup winner, who died last month aged 83, was read by Liverpool’s club chaplain Bill Bygroves, in which he said: “What a player he was; up there with Kenny Dalglish, Ian Rush Kevin Keegan and Mo Salah.

“We always had great banter between us. I once said to him ‘Did you ever score any goals with your head?’. He responded months later and systematically went through games he had scored with his head. 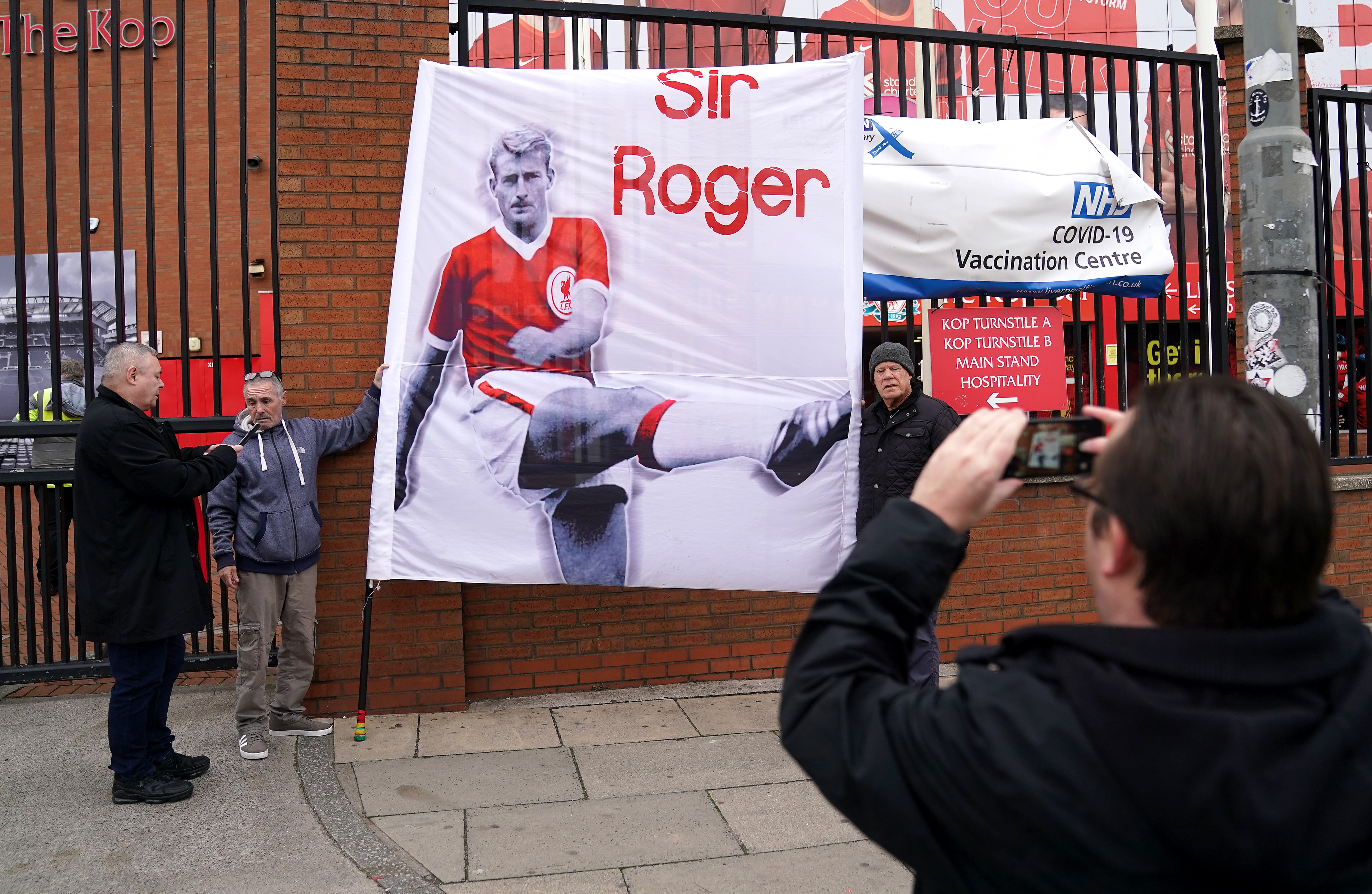 “His favourite line to me was ‘While you were scoring goals and making the headlines I was tracking back and doing the defensive work’ – which of course I couldn’t argue with because he was spot on.

“Roger was a great player, a very special person and a class act who I was privileged to have as my strike partner but – more importantly – my friend. Rest in peace, ‘Sir Roger’.”

Keegan recalled how Hunt, who also played for Bolton, had given him his ‘England’ debut – in the former striker’s testimonial at Anfield in 1972 between Liverpool’s 1965 side and an England 1966 XI, which was attended by more than 56,000 people with a further 10,000 locked out.

“I know he wasn’t England manager but Alan Ball pulled out of his testimonial and he (Hunt) came to find me at the training ground, to ask if I would play in his place. I will never forget the night,” said Keegan.

However, the former Reds forward felt the appreciation felt that night and throughout his career should have been formally recognised by the club.

Roger was a great player, a very special person and a class act who I was privileged to have as my strike partner but – more importantly – my friend. Rest in peace, ‘Sir Roger’

“Liverpool was founded in 1892. Only 19 players have scored over 100 league goals. You know them: (Kenny) Dalglish, (Robbie) Fowler, (John) Barnes, (Steven) Gerrard and Mo Salah joined them just 18 days ago,” Keegan added.

“He was a World Cup winner in 1966. He was Liverpool’s top scorer for eight years. He scored the first goal on Match of the Day. He scored five hat-tricks in a season. I could go on and on.

“Why isn’t there a statue of Sir Roger Hunt, at the Kop End, where he was knighted, with something like ‘244 goals – catch me if you can’ as an inspiration to everyone passing by, the kids who want to play football? 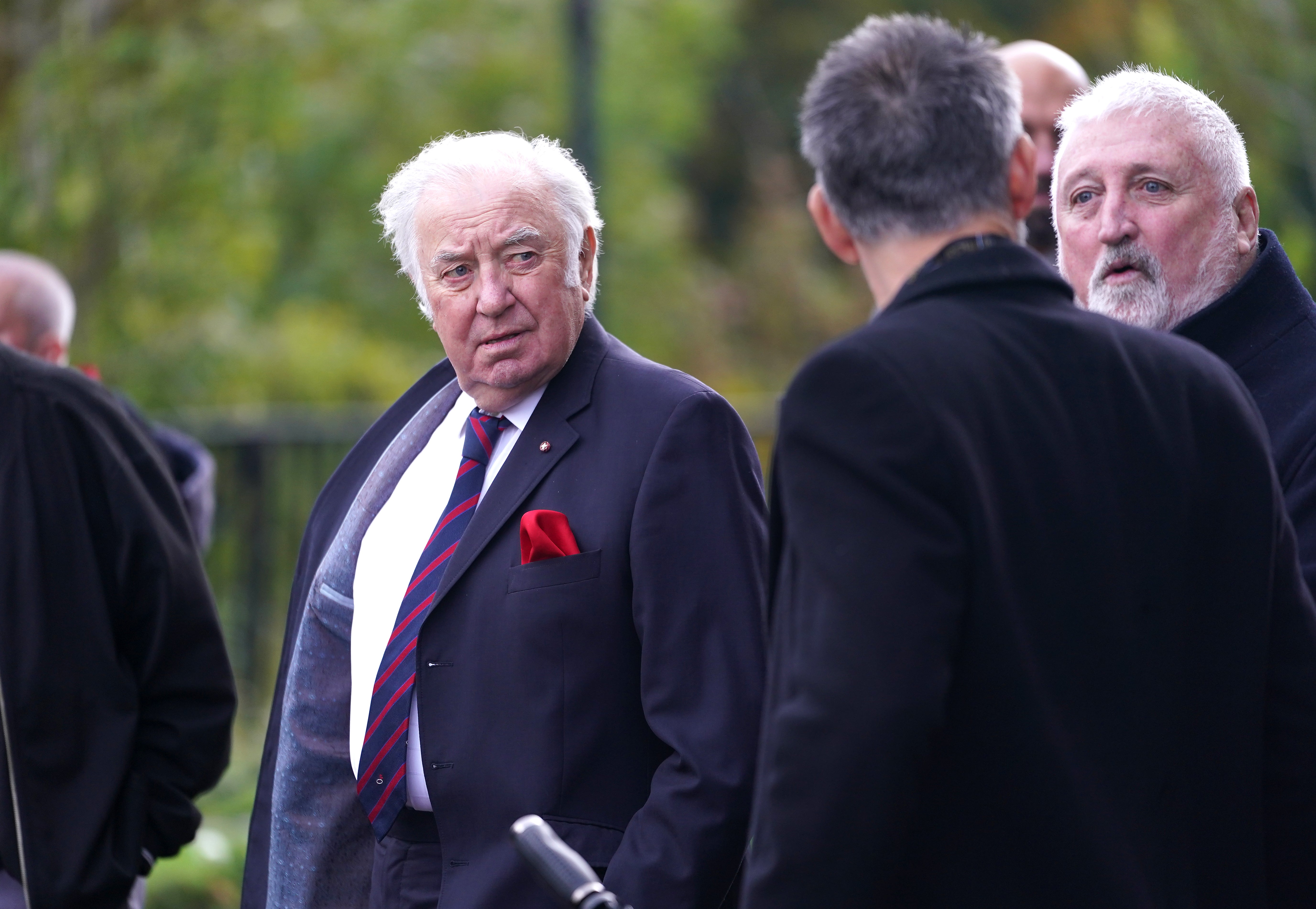 Condolences were sent by, among others, Everton, Bolton, Real Madrid and FIFA president Gianni Infantino.

Comedian Jimmy Tarbuck a friend of Hunt’s, paid a simple tribute by saying: “To be born a gentleman is an accident, to die one is an achievement.”

Hunt’s funeral cortege, with his coffin draped in a red Liverpool flag and adorned with white flowers, was applauded by large groups of fans outside Anfield, where the hearse briefly paused, and on its entry to the cathedral.

His wife Rowan, children David and Julie, stepchildren Katie and Wayne and extended family were joined for the service by between 300 and 400 mourners.

Liverpool’s anthem ‘You’ll Never Walk Alone’ was sung as part of the service before Hunt’s coffin departed to the tune ahead of a private ceremony at Anfield Crematorium.