Rob Dickie has taken to the Championship like a duck to water.

The centre-back has swiftly become a fan favourite at QPR thanks to his impressive performances as part of a back three since joining from Oxford in the summer. Particularly during a run in 2021 that has seen them win six of their last seven games.

Their most recent clean sheet came against Blackburn at the start of February, in a game where Dickie, 24, was faced with the challenge of marking Adam Armstrong – a player he considers to be the second best striker in the Championship. Afterwards, Rovers boss Tony Mowbray admitted he had switched Armstrong to the left side of his attack to try and take advantage of Dickie’s, as he put it, ‘perceived weaknesses’.

Naturally, I had to ask. And Dickie’s answer was assured as his performance in QPR’s 1-0 win that day.

“A few people have asked me about that and to be honest with you it was no more satisfying than winning any other game,” he tells Sky Sports. “I don’t think I actually said anything about it.”

He did, however, post a somewhat tongue-in-cheek photo of himself and Armstrong from that game after the win on Twitter.

“I completely understand it from Tony Mowbray’s point of view, though. He has Adam Armstrong in his team and I personally think he’s the best striker in the league – apart from Charlie Austin!

“So he wants to use him to expose centre-backs. And because we are playing in a back three the middle man in the back three isn’t really going to get exposed too much because he has bodies around him.

“You won’t put him on the right because he’s then going to be cutting in onto his left foot, where he’s not good at finishing. So naturally he’ll play on the left, and play against me.

“So whomever Tony Mowbray is playing against, if they’re a back three the right side of the back three is going to be the weakest link, because their strongest link is Adam Armstrong. So I didn’t take it personally!

“I’m ambitious and I want to make the step up, and that means playing against players like Armstrong every week. It’s a great experience for me, and I felt I did a good job on the day. We won the game and kept a clean sheet, which I’m really happy with.”

The early parts of the season were a bit of a struggle for QPR. Late November and December was particularly poor as they dropped down the Championship table, and scoring goals was a bit of a problem.

But the turn of the year has reinvigorated their season. Performances have turned into results. Strong defensive performances are now bearing fruit, particularly with Austin at the other end of the pitch putting chances away.

There was plenty of interest in the summer for Dickie, but he feels QPR has proved to be the right move, with playing under Mark Warburton and his style of play the decisive factors for him in making the switch to the west London club. “I came here for a reason,” he says. “I like the football that the manager plays. He made it quite clear from the outset that he wanted and needed me at the club, and that was a big thing for me. But it’s also because of how we play here, that really attracted me.

“We’re attacking and quite free-flowing. Sometimes we get punished for it. Sometimes we don’t. But I enjoy being in a side that plays good football. I like to pass the ball from the back and bring it through the thirds. I started off as a No 10 when I was younger and played a lot in midfield, so that’s why I feel technically good. But I also feel like I’m someone who can mix it up and I enjoy defending too.

“I’m really enjoying it. I just love playing football and it’s nice to be playing here week in, week out against the kind of strikers that know what they’re doing. They are more clinical, their movement is better. They’re better physically, they’re quicker.

“It’s been tough, but I think I’ve made the step up pretty well.”

Dickie began his career at Reading – the club he also supports – but was handed just one Championship appearance – spending most of his time there out on loans either in non-league or League Two.

He admits even in those stages of his career he felt he had what it takes to play for Reading, but there is no resentment whatsoever over his lack of opportunity. Mainly because it gave him the chance to grow and develop through his loan spells, before finally making a permanent move to Oxford in 2018. 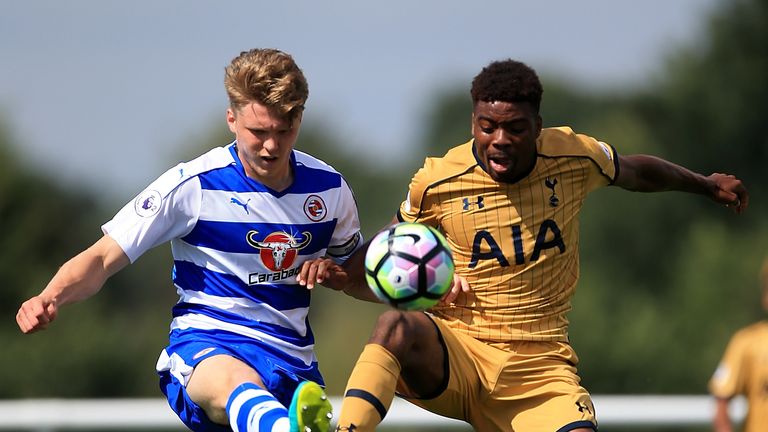 “I believe in my ability and myself so I think I could have contributed for them at the time, but it just wasn’t to be,” he says. “At the time there were a lot of senior centre-backs at the club, and I just wasn’t going to get the chance.

“I came through the academy at Reading and so my technical game was pretty sound, but the lower leagues helped shape other parts of my game. I played in the Conference South, the National League, League Two. That’s where you learn your real core basics. Defensive headers, defending crosses, things like that.

“There were no bad feelings when I left, because I didn’t want to go on loan again. It sounds funny, but when you go on loan you just feel a bit borrowed. I guess I wanted to feel a connection with a club and be stable there, rather than just constantly moving to different clubs around the country. I wanted to go somewhere that I was really wanted, to feel part of something for a couple of years and to build myself.”

Dickie enjoyed a successful two-and-a-half year spell at Oxford, but there will always be an element of frustration in his mind that his final campaign there didn’t culminate in promotion. 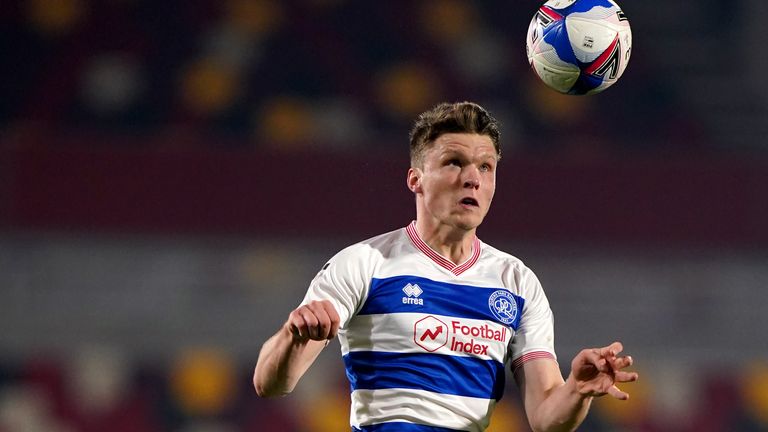 Oxford were flying before the curtailment of last season due to the coronavirus pandemic. With 11 games to play they were third in the table off the back of a remarkable winning run, with just two points between themselves and Rotherham in second.

“I know it’s easy to sit here now and look back and say we would have gone up, but we had won five on the spin and we were only really heading in one direction in the last couple of months,” he says.

“No games are easy, but we had a lot of games coming up against sides we should be beating in that division. I honestly believe if things had stayed the same we would have had a really good shout.”

Oxford eventually had to come back and try and win promotion through the League One play-offs in July. They beat Portsmouth on penalties after two legs of their semi-final, setting up a Wembley final against Wycombe.

“It was difficult because the circumstances were so strange,” he says. “These games are massive and there was no real proper preparation. You would turn up in your car, train, then head straight back home afterwards. You couldn’t go to the gym, or have any real meetings. But everyone had to deal with that.”

Dickie describes himself as a natural leader and sees the moment he led Oxford out at Wembley as captain as the proudest moment of his career so far. But it did not end the way he wanted, as they fell to a 2-1 defeat. “It was pretty horrendous,” he says. “At Oxford they were my team-mates but they were really good friends as well. [Karl Robinson] was one of the best managers I’ve worked with and I felt the club deserved to get that next step up to the Championship.

“Those games are a one-off. Mistakes can happen and unfortunately we were on the wrong end of it. It was just a shame.”

Dickie did find his way to the Championship himself in the summer as he made the move to QPR, and has the belief in himself that he can be the latest in a long line of defenders to work their way through the EFL and make it to the Premier League. You can sense the drive in his voice when he talks about it, and you certainly wouldn’t back against him going all the way.

“I’m an ambitious guy and if I never played in the Premier League I don’t think I’d retire happy if I’m honest with you,” he says. “I love football and I’ve watched the Premier League for as long as I can remember, so to play in it would mean the world to me.

“Right now though I’m loving playing this season for QPR in the Championship. To get back to this level is all I’ve wanted for a long time.”

No doubt QPR will be hoping to keep him at the club for as long as possible.