Rio Ferdinand has warned Manchester United they could go the way of Tottenham and Chelsea as Ole Gunnar Solskjaer’s side face a potentially pivotal week. United visit Liverpool next Sunday in a game which could prove crucial to the Premier League title race.

Jurgen Klopp’s side are currently top of the table as they look to defend the crown they won so convincingly last season.

But United play their game in hand on Tuesday when they travel to face Burnley – and if they win that they’ll be three points clear of the reigning champions.

However, Ferdinand has issued his former club with a stern warning after Tottenham and Chelsea were tipped as title challengers.

Both teams topped the Premier League earlier in the season but then fell off the pace. 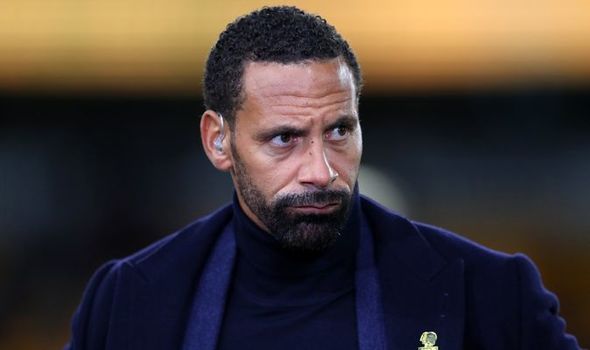 And while Jose Mourinho’s Spurs are only four points off the top, Chelsea are now bunched up with Aston Villa and West Ham three points further back following an alarming dip in form which has piled the pressure on manager Frank Lampard.

Ferdinand has warned Solskjaer the same could happen to United – although he is confident his former team-mate will be well aware of potential pitfalls.

Ahead of what he described as a “huge week”, Ferdinand told BT Sport: “United can really put a marker down ahead of a big game against Burnley.

“They put pressure on Liverpool then and say, ‘We’re here, we’re at the top of the league.’

“But we’ve seen as quickly as you can get there, the quicker you can fall away.

“Spurs not long ago, Chelsea were up there – they’ve fallen down the table and people are saying it’s the end of certain managers who are in charge there.

“It can change quickly. Ole’s experienced enough not to get too carried away.

“That’s living life on a daily basis at a club like Manchester United. At a big club, the highs are supremely high and the lows are lower than a snake’s belly.”

Both United and Liverpool will be in Monday’s draw for the fourth round of the FA Cup. the Red Devils won their third-round clash against Watford on Saturday, after Liverpool had beaten Aston Villa on Friday.