‘He’s a beautiful footballer… the ceiling for this kid is so high’: Mason Greenwood hailed by Rio Ferdinand after his superb volley against Young Boys as pundit compares Manchester United forward to Robin van Persie

The Red Devils wonderkid scored a fine improvised volley to help his side secure a 1-1 draw in the Champions League at Old Trafford on Wednesday. 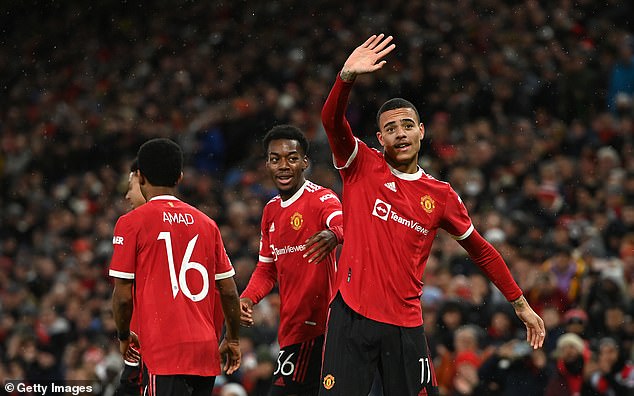 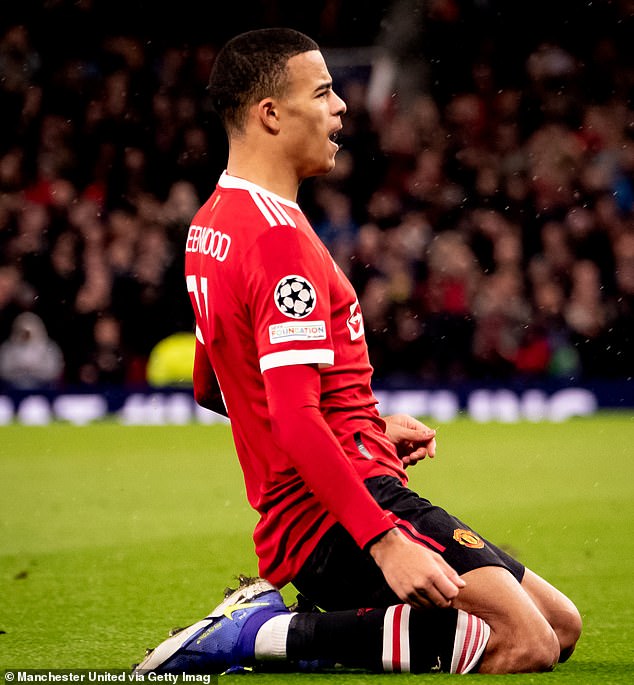 He said: ‘Watching Greenwood’s goal, he reminds me of Van Persie. His movement, he doesn’t like to get pinned. My eyes are only one man at the moment – him. He’s learned over the years but it’s instinctive as well. He knows where he needs to be.

‘I love him. There aren’t enough words for me to describe what I feel about this boy as a player. He’s a beautiful footballer. When you break his game down, he’s so efficient in what he does, his body angles.

‘What I like about him, it’s very rare you see him get tackled. He’s elusive, he’s got so many things you can love about him. Yes, there are things to work on, that’s inevitable for a young kid.

‘But the ceiling for this kid is so high. He’s not someone who shirks work. What he could be, man. If he dedicates himself to the game like he is now. England are missing out at the moment because he can come in and add value to that team.’

Hargreaves added: ‘He’s complete. He’s a natural finisher… Mason’s pretty special. There are a lot of players who cost a lot of money. Mason’s from the academy and he’s the most talented one. He’s one of the best natural finishers at the club.

‘He’s good on the ball, he uses the ball and receives the ball well. He’ll be in the starting XI soon. Mason’s always in control, which is quite rare. His finish was pretty special. I’m with Rio – his overall game doesn’t get enough credit.

‘He’ll want to play, even though there are some world class players there. If Ralf were to buy him, he would cost him a fortune. Mason’s in a Phil Foden category. How do you put a price tag on him? He’s a diamond.’