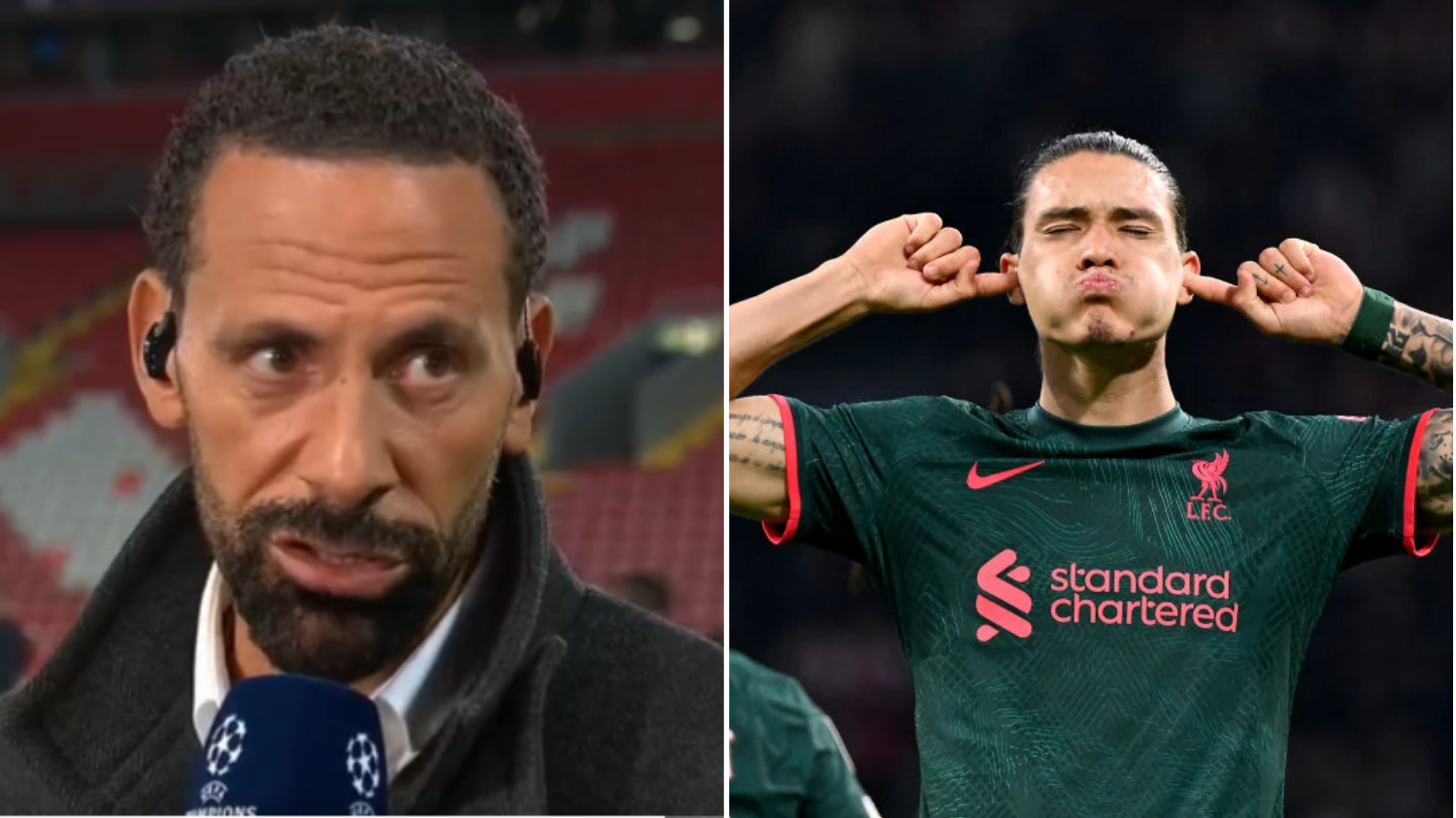 Rio Ferdinand believes Darwin Nunez will be an ‘effective striker’ for Liverpool despite missing an open goal in the Champions League victory over Ajax in Amsterdam.

‘There’s moments with him where you’re scratching your head. The thing he does is always try to get in there, his head never drops, he’s tenacious, he wants to graft and fight, which is a plus, you want that in your side.

‘He’s never going to be the cleanest of strikers but he will be an effective striker in the long run, a striker who scores goals at this fc. As a defender he would be hard to play against. he will give defenders a hard days’ work.’