Declan Rice has been strongly touted to leave West Ham for either Chelsea or Manchester United in either this transfer window or the summer. West Ham are desperate to keep hold of the midfielder but former Hammers defender Rio Ferdinand has other ideas.

West Ham star Rice has been linked with a move to Chelsea or United and Ferdinand believes his wish will come true.

The Hammers ace has been in fine form this campaign and is arguably David Moyes’ most important player.

Frank Lampard is desperate to snatch up the 21-year-old, who was released by Chelsea at the age of 14.

West Ham have rejected all bids for Rice with them valuing him at close to £80m. 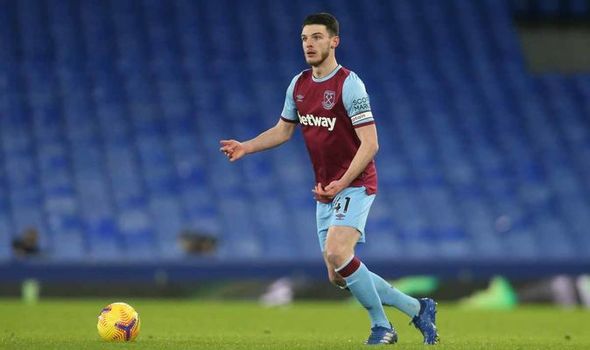 But United are also interested in the England international, with Ole Gunnar Solskjaer a huge fan.

The Norwegian is desperate to sign a defensive midfielder and Rice fits the bill perfectly as Nemanja Matic enters the twilight of his career.

Meanwhile, Ferdinand believes the youngster has already made up his mind on his preferred destination.

“I don’t think he goes this window, I think he stays there for the remainder of the season. I don’t think he’s the kind of kid who is going to push to leave right now,” Ferdinand said on his YouTube channel.

“If it happens, it will be between the clubs.

“I don’t think he’s going to be the person that instigates it.

“I think he’s quite a laid-back kid in that sense but he’s a driven kid. He’s someone who wants to achieve, better himself and improve.”

He added: “Good luck to him. I think it’s inevitable he will go but I think – if I’m being realistic – he will go in the summer and I think it would be to Chelsea if he had his wish.” 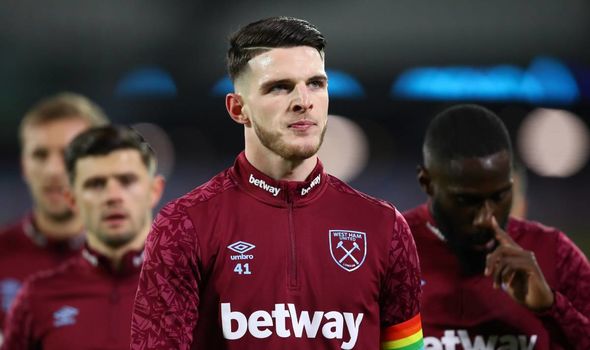 Another former West Ham star has chimed in as Tony Cottee begged the hammers to keep hold of Rice.

He said: “As far as I’m concerned the only two signings to be bothered about are David Moyes and Declan.

“I’m pretty sure that even now, with his elevated status, Dec will not be earning the same kind of money as the top men in the squad.

“We all know other teams are interested. West Ham should be acting to secure Declan, so he is not allowed to drift into the last two years of his contract and possibly leave on a free transfer.”