Micah Richards criticised Tyrone Mings for getting involved in a clash with Wilfried Zaha, which saw him pick up the first of his two yellow cards against Crystal Palace.

The defender was sent off just before half-time when he received a second booking for shoving Zaha to the floor. His first yellow card also involved Zaha with the defender pushing his opponent in a scuffle between the two sets of players.

Mings reacted to a foul from the Palace forward on his team-mate John McGinn and both players were booked for the coming together. Speaking on the BBC at half-time, Richards insisted the defender’s reaction was unnecessary. 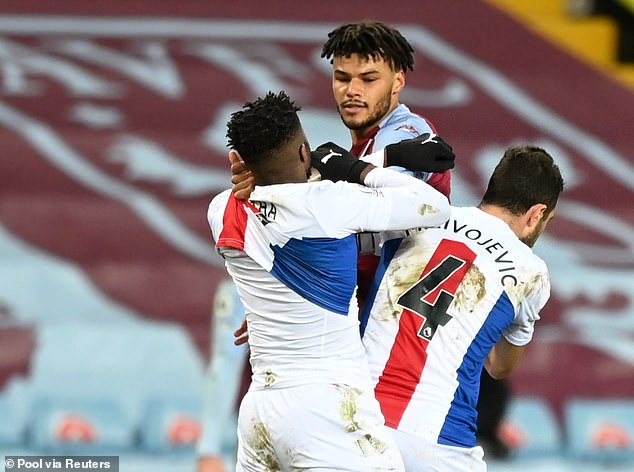 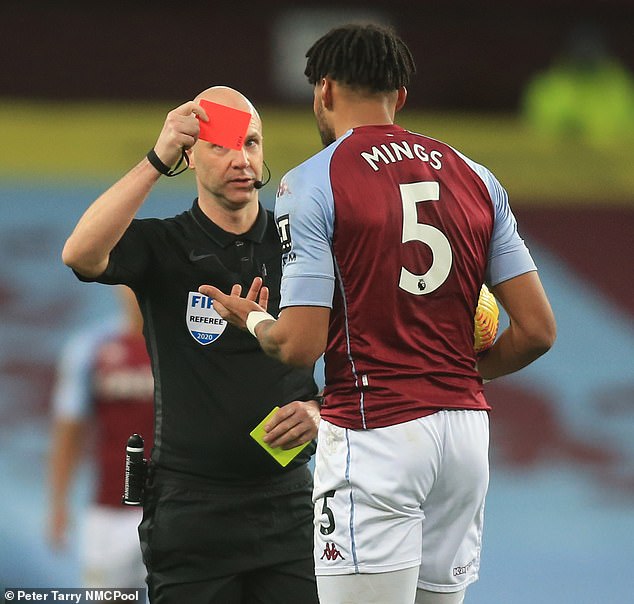 ‘It’s frustrating because they’d been kicking each other all game,’ said Richards.

‘Zaha actually makes a foul on McGinn, there’s no reason for Mings to get involved there.

‘I know he is a leader at the back but Zaha is one of them players where if you kick him he’s gonna make a meal of it and that’s an unnecessary yellow card.’ 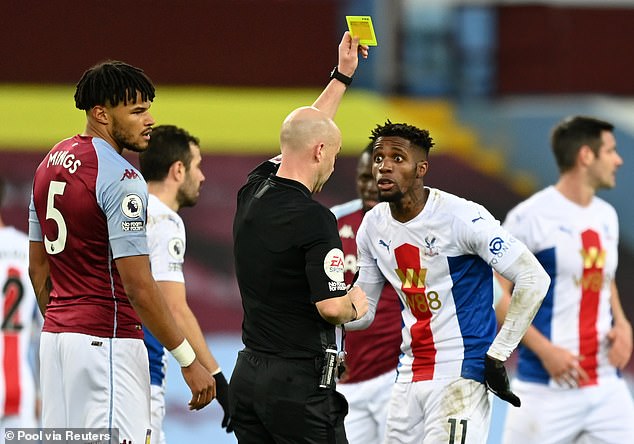 When analysing Mings’ second yellow card, Richards added: ‘I can’t protect him on this one, that is a definite yellow card.’

Villa were leading 1-0 when Mings picked up his first yellow card in the 39th minute.

Bertrand Traore scored five minutes into the game, reacting first to the rebound of Ollie Watkins’ initial strike to finish past Vicente Guaita.

Mings got his second yellow card six minutes after his first. Zaha won a 50-50 tackle on the half-way line and attempted to sprint away from the defender, only to be shoved to the floor.

Referee Anthony Taylor was quick to decide it was a second bookable offence and the centre back was given his marching orders.