Europe’s richest football clubs were threatened with expulsion from their domestic leagues and warned their players would be barred from the World Cup after they unveiled plans for a new €10 billion ($15.5 billion) breakaway Super League.

The so-called “big six” in England, comprising Manchester United, Manchester City, Liverpool, Chelsea, Arsenal and Tottenham Hotspur, formally confirmed they have joined with six leading clubs in Spain and Italy over a new highly selective and largely closed tournament that would effectively replace the Champions League. 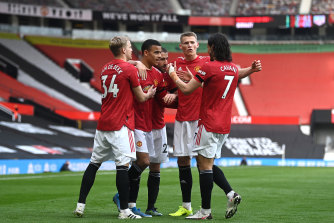 Manchester United are among the clubs keen on the Super League.Credit:Getty Images

Real Madrid, Barcelona, Atletico Madrid, AC Milan, Juventus and Inter Milan are also committed to joining the new Super League but leading clubs in Germany and France, including Bayern Munich and Paris St-Germain, have not so far signed up. A further three “founding clubs” are being sought to take the total to 15, with another five able to qualify annually for the planned 20-team annual tournament.

The move, which represents a seismic challenge to Europe’s major domestic leagues and UEFA, paves the way for the biggest shake-up of club football in a generation.

The proposals sparked a furious backlash, including:

JP Morgan is understood to be underwriting funding for the project, which will immediately provide founding clubs with €3.5 billion to support their infrastructure investment plans and offset the impact of the COVID-19 pandemic. The league will be owned by the 15 founding clubs, who will put in an initial €2m and potentially a further €8m.

The first chairman will be Real Madrid president Florentino Perez and the three American owners of English football’s most successful clubs — John W Henry at Liverpool, Joel Glazer at Manchester United and Stan Kroenke at Arsenal — are all expected to be confirmed as vice-chairmen.

“We will help football at every level and take it to its rightful place in the world,” Perez said. “Football is the only global sport in the world with more than four billion fans and our responsibility as big clubs is to respond to their desires.”

Sir Alex Ferguson, who is a Manchester United director, has already stressed he is not involved in “a move away from 70 years” of European club history. The breakdown in relations between UEFA and the leading English, Spanish and Italian clubs centres on the ownership of media and sponsorship rights to the Champions League.

There is a strong feeling that UEFA enjoys excessive control and financial reward from the competition, even though the clubs are driving revenue and taking all the financial risk on player wages and transfer fees. 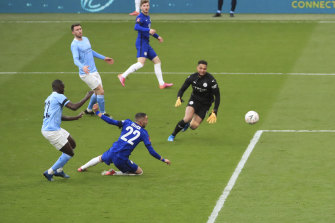 Chelsea and Manchester City have signed up for the plan.Credit:Getty Images

The rebel clubs still want to continue playing in domestic competition and the plans, which they want to introduce “as soon as possible”, would relate to a midweek European competition. They want matches played according to two groups of 10 clubs, with the top four then qualifying for the knockout phase.

“The founding clubs have the objective of improving the quality and intensity” of matches and “a format for top clubs and players to compete on a regular basis,” the statement said.

The move comes just as a new 36-team Champions League format was due to be announced by UEFA on Monday, before coming into force in 2024.

That format had been designed to resist persistent proposals for a new Super League. A meeting of the umbrella European Club Association was held on Friday but there was a major split over the potential benefits of the idea. And, with a meeting of the UEFA executive committee on Monday and then its congress due to be held on Tuesday, the need for decisions has become urgent.

After a frantic weekend of emergency meetings, football’s major governing bodies issued a series of statements.

A Premier League spokesperson said: “The Premier League condemns any proposal that attacks the principles of open competition and sporting merit which are at the heart of the domestic and European football pyramid.”

In his letter to Premier League clubs, chief executive Richard Masters highlighted Rule L9 which forbids clubs from entering other competitions. “I cannot envisage any scenario where such permission would be granted,” he wrote. “We call upon any club contemplating associating themselves or joining this venture to walk away immediately before irreparable damage is done.”

A joint statement by the FA, UEFA and the Premier League said that they were “united in our efforts to stop this cynical project” which is “founded on the self-interest of a few clubs at a time when society needs solidarity more than ever”. They also stressed that they were ready to take legal action to block any proposals. “This persistent self-interest of a few has been going on for too long — enough is enough,” the statement said.

The ECA, the body which represents 246 leading clubs in Europe, joined in condemnation of the plan even though its chairman Andrea Agnelli is also the president of Juventus. The ECA held an emergency meeting on Sunday night, attended by Bayern and PSG but not the “rebel 12”, after which they issued a statement reiterating its commitment to revamping the Champions League. Agnelli is expected to resign his role.

Gary Neville, the former Manchester United captain, warned that fans would disown their clubs and accused the billionaire owners of being motivated by greed.

“They’ve got no loyalty to this country and these leagues,” said Neville, a Sky Sports pundit. “They are imposters. They are nothing to do with football in this country. The fans need protecting. Enough is enough. I love Manchester United [but] this is disowning your own club stuff.

“They should be punished heavily. Massive fines, points deduction, take the titles off them. Relegate United, Liverpool and Arsenal. The timing is hideous. What world are these people living in to think that they can bring this forward at this moment?

“They will back track down because they are bottle merchants. They did the same with Project Big Picture. They bottled out of that one a week later.” 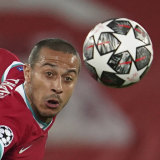