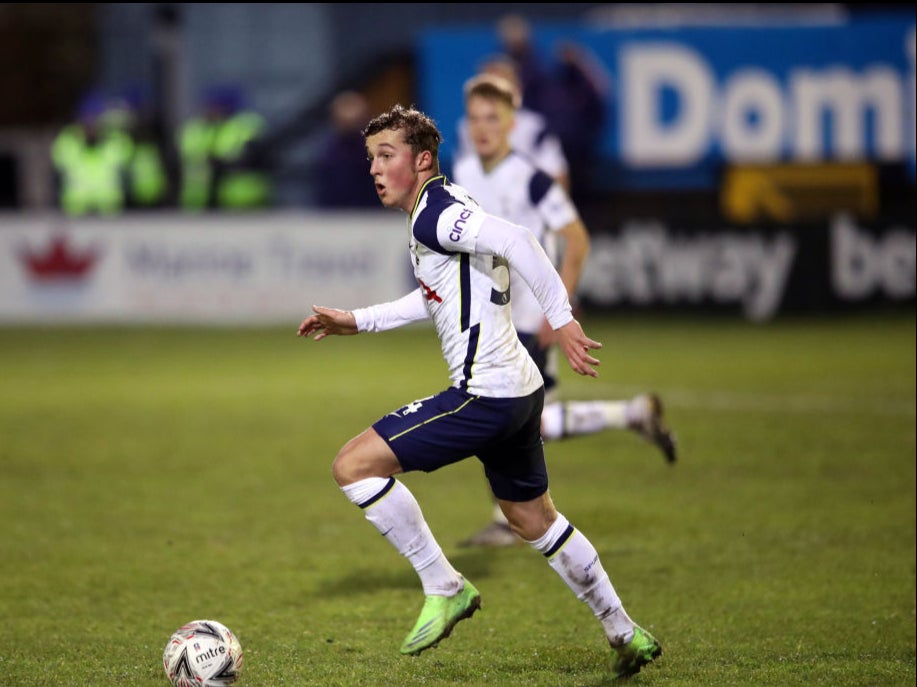 “He’s trained a few times with us and every time he’s come up he’s looked a real spark,” he said. “He’s doing well. When he was coming on (with me at half-time), I just told him, ‘Keep it simple, do what you’ve been doing in training – there’s a reason why you’ve been training up’.

“You saw glimpses of his ability, a really professional performance. I’m really happy for him to get his first professional goal. He’s a really good player and there’s more to come as well.

“It’s a great achievement and it was a great goal. I’m happy for him and hopefully from here it’s a confidence boost, knowing that the manager can put him in for these games.

“He’s shown he can hustle, he’s shown what he can do, so hopefully from here he can kick on and get more appearances for the club.”

Mourinho, who went to Devine’s medical to meet him, has shown faith in the teenager, who first caught Spurs’ eye when Wigan beat them in the FA Youth Cup last season.

He was involved in some pre-season friendlies and has been training with the first team recently.

Mourinho said: “He’s a kid with good potential that came to the club only this summer.

“He’s a kid that basically is a midfield player but with an instinct to appear in finishing zones and to score goals. We like him and of course for him today is a special day.”