Real Madrid are willing to cut ties with Luka Jovic who has had a disappointing debut season in La Liga and Newcastle United have emerged as one of the front runners for his signature, as they prepare to overhaul their squad this summer with transfer funds from their prospective new owners.

Jovic arrived at the Bernabeu last summer with high expectations placed on the shoulders of the young striker.

However, the 22-year-old has failed miserably to reach these high standards and has only scored two goals in 24 appearances for the club in all competitions.

Real boss Zinedine Zidane’s lack of faith in the Serbia international is also clear, as he has only given Jovic one 90 minute appearance in La Liga this campaign.

According to 90min, Real will allow Jovic to leave this summer and claims there are six Premier League clubs interested in his securing his services.

JUST IN: Premier League clubs set to vote for Project Restart – but players could veto proposals 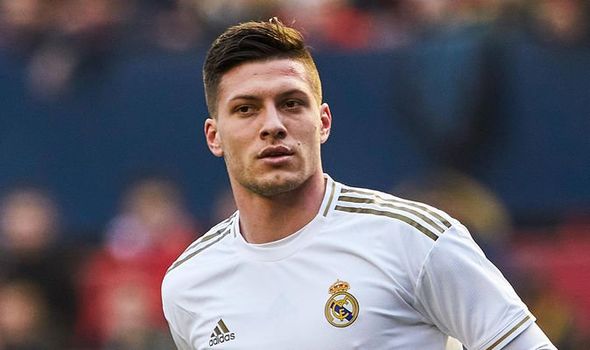 It claims Newcastle and West Ham are currently leading the way, but that Manchester United, Chelsea, Arsenal and Everton, are also interested.

The young striker has plenty of time in his career to rediscover his form and the interested teams are all aware of how deadly in front of goal he was for his former club Eintracht Frankfurt.

During his spell with the German club, he scored 36 goals and provided nine assists in 75 appearances in all competitions.

Newcastle are in the market for another striker as summer-signing Joelinton has struggled in his debut season.

The 23-year-old, who arrived from Hoffenheim for a club-record £40m last summer, has only scored three goals in 34 appearances in all competitions.

The Magpies have been tipped to be busy in the transfer market this summer when the Saudi-backed consortium finalises its £300m takeover of the club.

The report claims Jovic’s compatriot and good friend Aleksandar Mitrovic, who spent three years at St. James’ Park, has sung the praises of Tyneside to his international team-mate.

However, West Ham are hoping to lure Jovic to the London Stadium with the prospect of reuniting him with former Frankfurt team-mate Sebastian Haller. 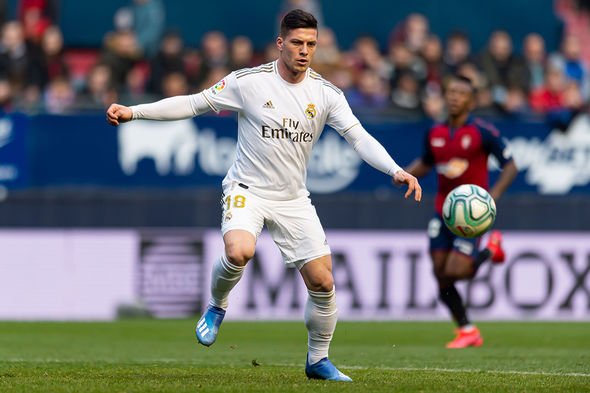 The pair both arrived at the German club in the summer of 2017 and spent two seasons together before they both secured big-money moves away.

Haller hasn’t set the Premier League on fire with a return of seven goals in 27 games, but the Hammers hope the pair could both be great again playing alongside each other.

However, one problem West Ham face is that while Real are open to sending Jovic out on loan next season, it would be on the agreement of a compulsory purchase included in the deal.

The report claims the Hammers are not keen on this option, which leaves the door open for other clubs to jump ahead of them if they are willing to take the risk.