Real Betis 1-1 Atletico Madrid: Diego Simeone’s side return to the top of LaLiga despite being held to a draw away at the Estadio Benito Villamarin

Atletico Madrid returned to the top of LaLiga with a 1-1 draw away to Real Betis on Sunday but did so at the expense of losing yet more players to injury, leaving their title hopes hanging by a thread.

Diego Simeone’s side got off to an ideal start when Yannick Carrasco dribbled into an empty net in the fifth minute thanks to a lucky bounce but Betis levelled with a thumping volley from Cristian Tello in the 20th. 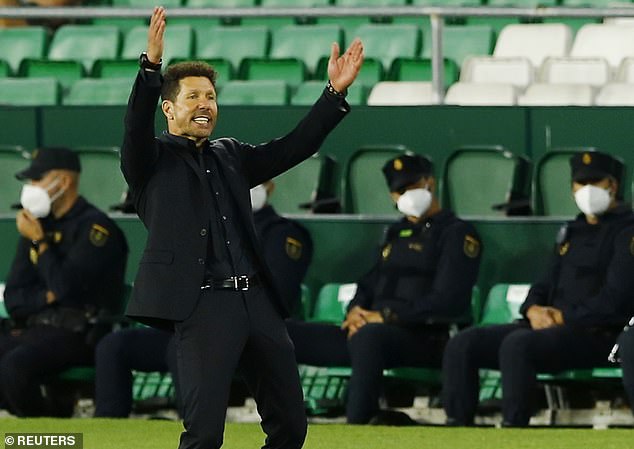 They were fortunate to avoid conceding again as Betis dominated the second half and missed several chances to take the lead. 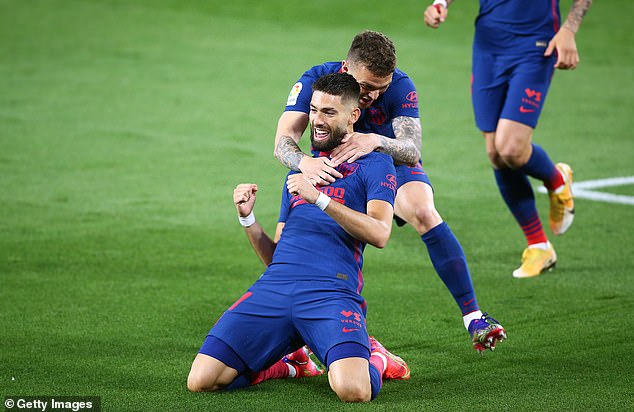 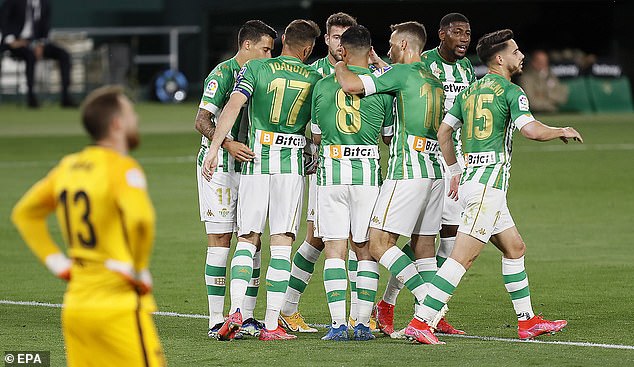 Yet Atletico were not far from snatching a winner, striker Angel Correa forcing two fine saves from Claudio Bravo in stoppage time.

Atletico returned to the summit on 67 points, one ahead of Real Madrid and two clear of Barcelona with eight games remaining.