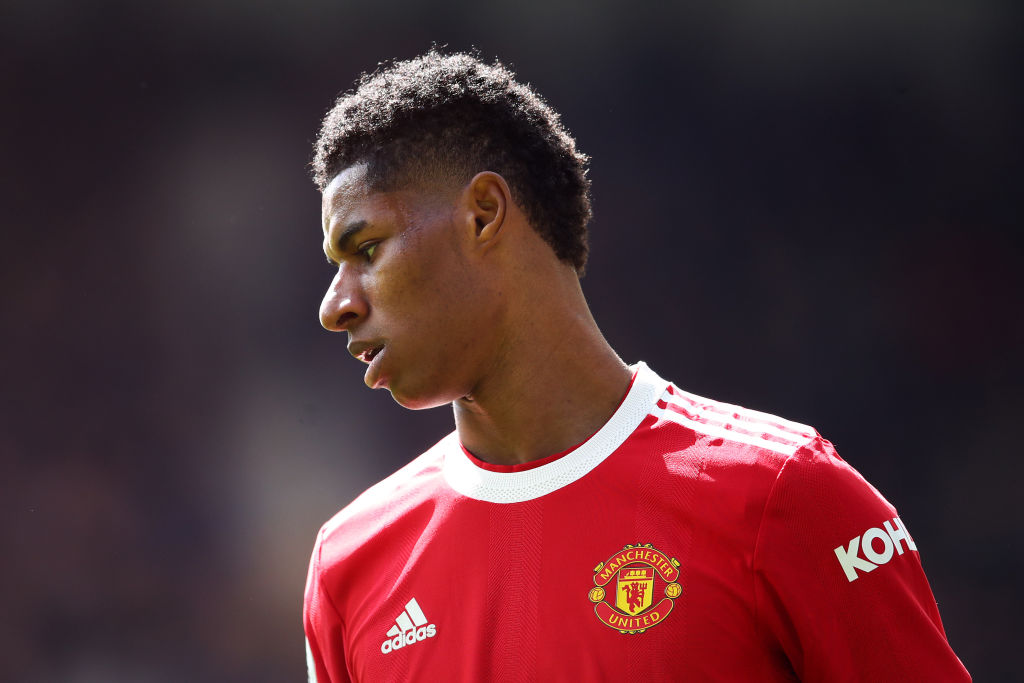 Marcus Rashford will start for Manchester United away at Liverpool on Tuesday night in the Premier League, replacing Cristiano Ronaldo in Ralf Rangnick’s side.

Ronaldo confirmed the tragic news that his baby boy passed away on Monday as his partner Georgina Rodriguez gave birth to twins, with only their daughter surviving.

The horrific news meant that Ronaldo would not be involved at Anfield, with Manchester United confirming that on Tuesday.

In their own tribute to Ronaldo and his family which was released on Tuesday, United said: ‘Family is more important than everything and Ronaldo is supporting his loved ones at this immensely difficult time.

‘As such, we can confirm that he will not feature in the match against Liverpool at Anfield on Tuesday evening and we underline the family’s request for privacy.

‘Cristiano, we are all thinking of you and sending strength to the family.’

Rashford has come in to replace the 37-year-old in a change of system which looks like a back five, as the England international joins Anthony Elanga in attack.

There is a very rare start for Phil Jones alongside fellow centre-backs Harry Maguire and Victor Lindelof, with Aaron Wan-Bissaka and Diogo Dalot at wing-back.

It will be only the second time Jones has appeared in the Premier League this season after starting against Wolves in January. Paul Pogba, Nemanja Matic and Bruno Fernandes make up the midfield.

Liverpool stick to their normal 4-3-3 formation, with a back four of Trent Alexander-Arnold, Joel Matip, Virgil van Dijk and Andy Robertson.

Jordan Henderson, Fabinho and Thiago Alcantara are the midfield three, with a forward line of Mohamed Salah, Sadio Mane and Luis Diaz.

Even a draw would see Liverpool go top of the Premier League table, but they will be desperate for three points to keep the intense pressure on Manchester City in the title race.