Jack Harrison describes him as fantastic, Patrick Bamford regards him as a steal. Both knew from the first session. “You know sometimes with players whether they are top class, and he really was,” the striker told Sky Sports. “He stood out straight away.”

Leeds United have found one in Raphinha.

Marcelo Bielsa’s team are fun to watch anyway, but the Brazilian is the difference maker, creating more chances and completing more dribbles than any of his team-mates.

They do not have a separate statistic for mind-bending trickery but Raphinha would surely top that too. Just ask Gary Cahill, the victim of an outrageous nutmeg against Crystal Palace, or Jan Bednarek, the Southampton defender given the run around on Tuesday.

He adds the inspiration to the perspiration for Bielsa’s Leeds.

At 24 and already playing in his third different European league since leaving Brazil as a teenager, Raphinha has been no overnight success. And yet, speak to those who witnessed the early years of his development and his rise to the Premier League is no shock.

Vitor Campelos, his first coach in Europe, believes he will go on to play for Brazil, while the man who first discovered Raphinha’s talents back home, also thinks the journey is far from over.

“I always told people that he was the best player with whom I had worked in the youth team at Avai because of the potential he showed us,” Diogo Fernandes tells Sky Sports.

“At that time, I said that he would go on to play for Barcelona or another of the top clubs in Europe. He was destined to reach the highest echelons of football because of his qualities, his dribbling ability, his intelligence, and his finishing. He was almost complete.”

Fernandes is the coordinator of the youth system at Avai, the Brazilian club based in the city of Florianopolis. He remembers first seeing Raphinha play back when he was a scrawny kid at Imbituba, a small second division side in the state of Santa Catarina.

“I went to watch him and his potential was immediately obvious. We brought him to Avai and after having some initial difficulty adapting, he really blossomed in his second year.”

He was a gifted youngster with the ball at his feet but still raw. One charming tale from the Avai academy highlights his inexperience.

“We had a habit of using him wide on the right even though he was left footed,” explains Fernandes. “One of our frequent plays was the diagonal from the defender on the left, which coincidentally was Gabriel, who is now at Arsenal. The coach used that switch a lot.

“In training, Gabriel would launch this ball towards Raphinha and sometimes he would overhit the pass. Because our training ground was very open, Raphinha would often catch the ball in order to prevent it from running away too far and having to go and fetch it.

“We were playing against Inter in the Copa Rio Grande do Sul. As it was very competitive, needless to say that Raphinha had already received a yellow card in the game.

“The ball was switched to him and, unfortunately, his team-mate overhit the pass. In order to not let the ball go out of play, Raphinha automatically just reached out with his hand to stop it. Of course, they gave him a second yellow card and he was sent off.”

There is another story that hints at his naivety.

This time he was booked incorrectly and began to remonstrate with the official, pointing out that it was his team-mate who had actually committed the offence. Others had to remind him that this would have resulted in his already booked colleague being sent off.

Fernandes’ reveals that when challenged Raphinha pointed out that he too might have received a second yellow later in the game. Maybe this was not so much an example of youthful inexperience but rather his hyper-competitive spirit instead.

Quiet off the pitch, his ambition was never in question.

“Off the field, he was a calm boy, serene. He talked very little with his companions. Nobody who saw him off the field would have guessed that he would be so agitated on the field.

“But on that field, yes, he was extremely competitive, explosive even. He wanted to win everything he contested. When it came to training, his position, his minutes on the pitch, there was no room to negotiate. He always wanted to be the best.”

His talent stood out in the Copa Sao Paulo and various regional competitions. Fernandes recalls him scoring 22 goals in one particular state competition. “He was always the star.”

It soon prompted interest from abroad. Former Barcelona midfielder Deco used his connections in Portugal to engineer a move to Vitoria Guimaraes before making his senior debut for Avai. 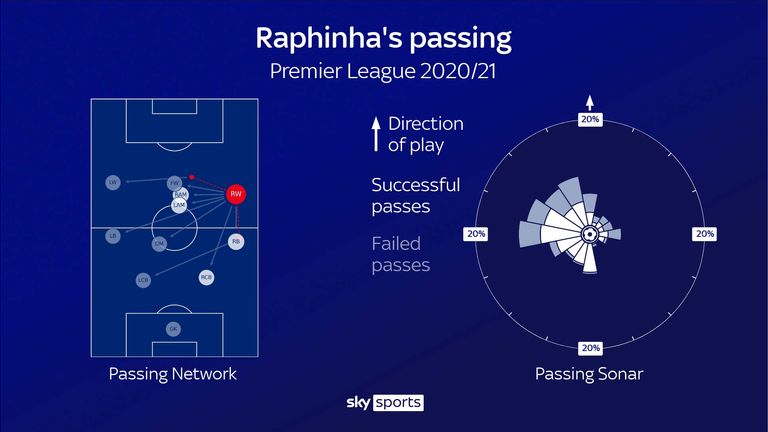 Initially, Raphinha found himself working with Campelos in Vitoria’s B team. Joining his new team midway through the season in January 2016, it did not take long for his new coach to draw the same conclusions that Bamford later would and Fernandes already had.

This was a player you only had to see once.

“When me and my technical staff saw him, you could tell in the first training session that he had something different,” Campelos tells Sky Sports. “We knew that he had come from Brazil where the football is tactically more wild, so he did have to improve tactically.

“But the potential was clear. He had a very good technique and was very strong in one-on-one situations. He had that quality that gave him the potential to go to a high level.

“More than this, he was the kind of player who gave everything 100 per cent even in training. Whether it was a small sprint, a big sprint, any situations. He gave 100 per cent.” 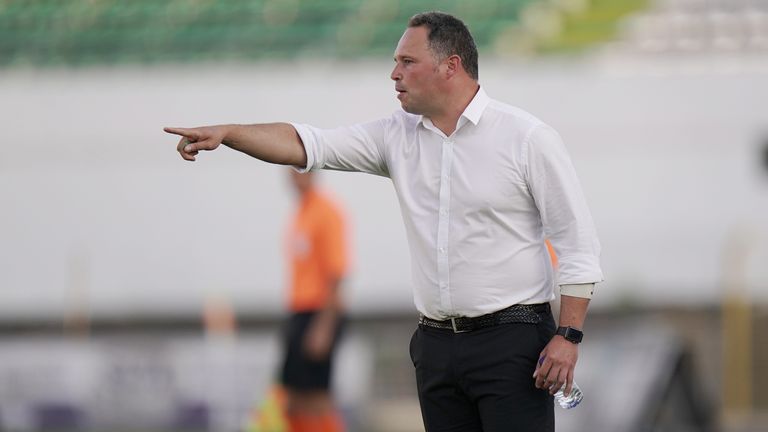 Campelos echoes many of the sentiments expressed by Fernandes, recalling a “very good boy with very good energy” and there are similar tales of his passion for the game.

“He is the kind of guy who puts too much emotion into training and games because he wants to win every time. Even if it is a small-sided game, he wants to win.”

Looking back, Vitoria was the ideal place to make the transition to European football. “We have a history of Brazilian players here so the integration was easy,” explains Campelos. “It is a nice city, lots of Brazilians, the same language. It is easier. We had 17 nationalities in the squad so Raphinha was not going to be a problem.”

He spent only half a season in the B team, learning quickly.

“That was an important period for him to grow because there were small things that he had to improve having come from a wild style of football that was not so rigorous tactically.

“We tried to play him on the left and the right. We even put him as a striker for a few games and he did very well. We discussed the position of the body, the orientation when receiving the ball. This is a point that can decide some games, it is very important.

“He is very intelligent so he always uses his experience to be better. That was very good for him and he scored some goals, preparing himself to reach the next level. After that, the rest is history.”

Success with Vitoria resulted in a transfer to Sporting before moving to France and spending a season at Rennes. The Premier League is just the next step and that ability to do something different will ensure that he continues to attract attention.

“The dribble is always the most dangerous thing for a defence,” Bielsa told Sky Sports after Raphinha’s display against Palace. “It resolves all the problems that arise when a team sits back. It is an alternative to the combination play and, yes, this is difficult to find.” 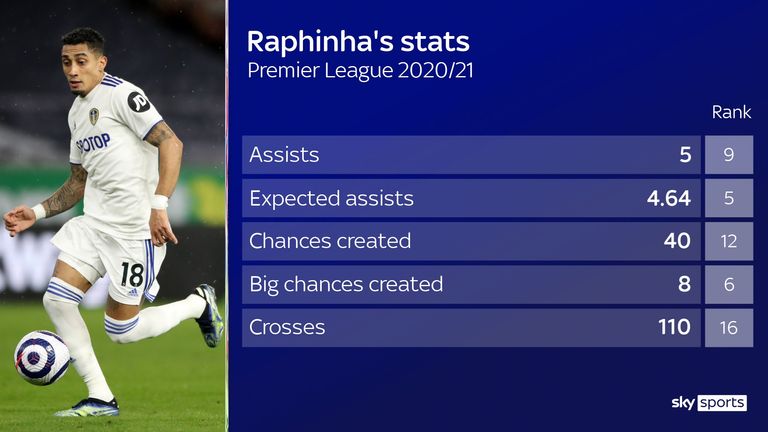 Leeds have found it in Raphinha but so special are his qualities that he is already being linked with a move away from Elland Road. His former coaches do not think that the journey is complete just yet.

“I am not at all surprised by his progress,” says Fernandes. “I always saw him reaching the top level of European football. That is the level we expected from him even back then. There is still room for him to grow. I believe that he will go even further in his career.”

“He is a dreamer, the kind of guy who always works knowing his goal that he wants to reach. From the first day that I met him, he knew where he wanted to go.

“His dreams won’t stop now. I believe he has the dream of playing for the Brazil national team. He has the quality to achieve that dream for himself. I think that he will reach it.”