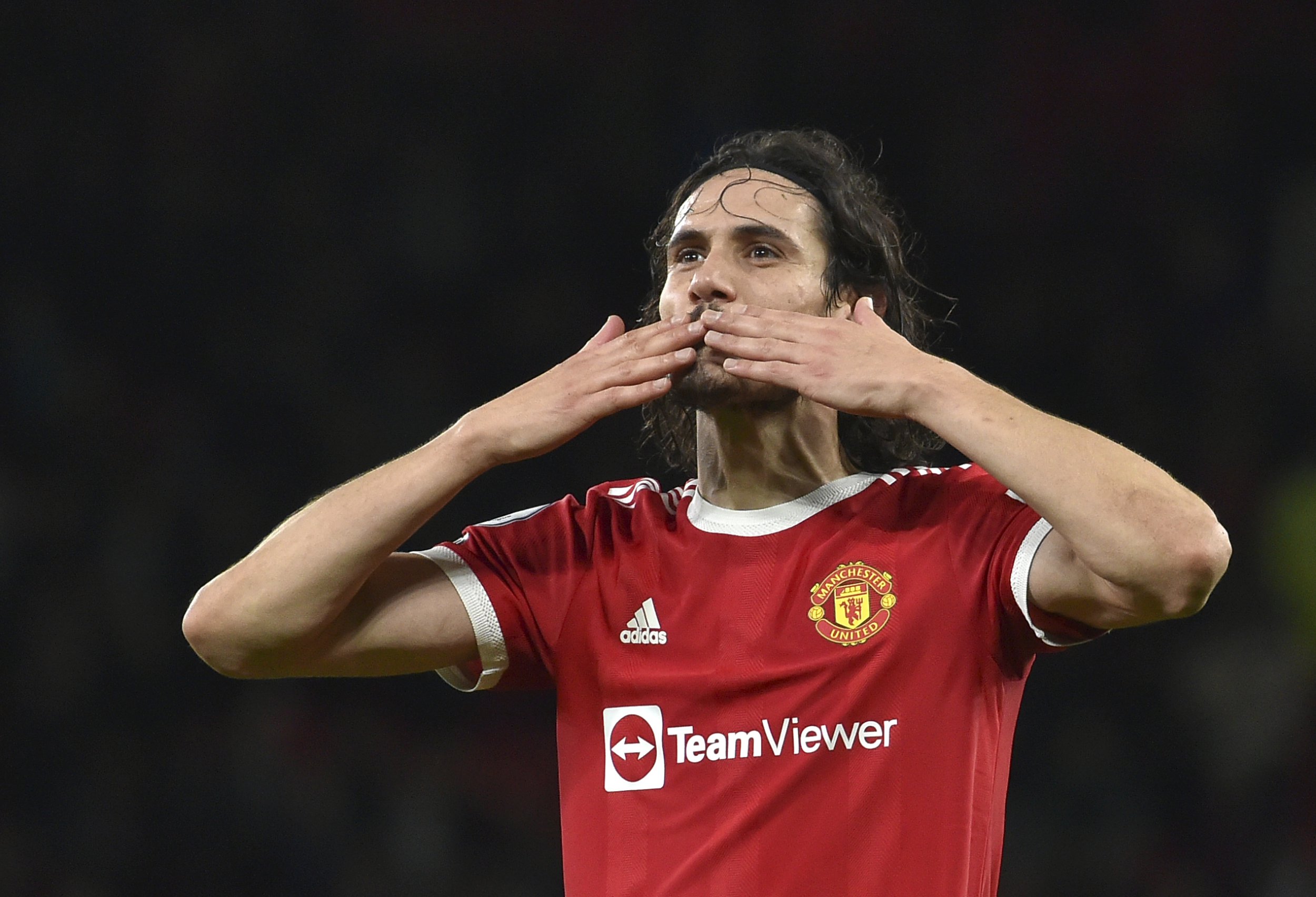 Ralf Rangnick believes it is ‘clear’ that Edinson Cavani should stay at Manchester United for the rest of the season.

The Uruguay international will be out of contract next summer and Barcelona have explored the possibility of signing the striker in the January transfer window.

Cavani has started just three games in the Premier League this season due to injury but Rangnick is adamant that the 34-year-old is a ”highly important player’ for United.

‘We have had quite a few conversations over the last couple of weeks, probably the player with whom I have spoken the most,’ said Rangnick.

‘I told him from the very first day he is a highly important player, he is probably the only one who can play as a striker back to goal and face to goal.

‘And as I said, his professionalism and his work ethic is just amazing. I told him that I desperately want him to stay and stay until the end of the season, and he knows that. He knows how highly I rate him and how highly I respect him.

‘That was also the reason why I played him today [against Burnley] from the beginning, together with Cristiano [Ronaldo].

‘I know from some players that they would want to leave. We spoke about Edi, and he knows that I will definitely not let him go.

‘For me, he is a highly important player for the rest of the season, [we’re] still playing in three competitions so we will definitely need Edi.

‘I would rather have another Edi on top of that but for me it is clear Edi has to stay. With regards to the other players, yes, our squad is maybe a little bit too big with regards to numbers, but we still have Covid [to consider].

‘We have three competitions, and we could do with a bigger squad maybe than in times without Covid.’