Giovanni van Bronckhorst insists it was an ‘easy decision’ to axe Alfredo Morelos from his Champions League squad.

The Colombian striker was left out of the travelling party for Wednesday’s play-off second leg against PSV at the Philips Stadium in Eindhoven.

Talks over a new contract have also been placed on hold after concerns were raised over the 26-year-old’s fitness and attitude following the eighth red card of his Rangers career in Saturday’s 2-2 draw with Hibs at Easter Road. 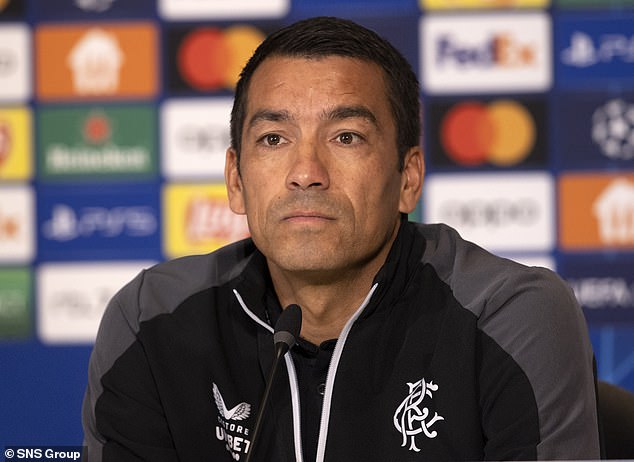 Claiming his decision was the result of ‘something that was building up’ rather than a direct reaction to the red card, Van Bronckhorst acknowledged that he felt a duty to send out a ‘signal’ to the South American and challenged him to prove that he still wants to play for Rangers.

‘We are playing a lot of important games at the moment and I think for me it is always the case as a manager that I have to bring the players with me which I think are ready to play,’ said the Ranger boss. ‘For me that was the moment I didn’t include Morelos.

‘As a person it was a hard decision, as a manager it was an easy one because we are here to represent our club and to get into the Champions League tomorrow evening. In my eyes this was the best squad to take.’

Left out of the team since the arrival of £1.8million striker Antonio Colak, questions have been raised over Morelos’ weight and attitude after he laughed off his weekend red card at Easter Road. 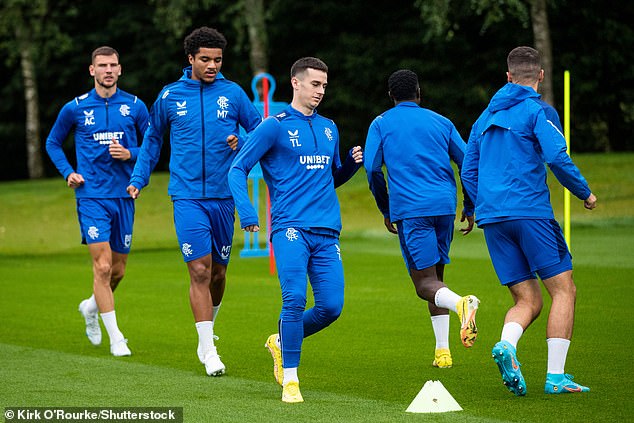 Asked where the forward goes from here, van Bronckhorst replied: ‘I think we wait and see what happens. I think the biggest factor in that is Alfredo himself. We have to see how the coming days and weeks will go.

Both captain James Tavernier and defender Connor Goldson have criticised the actions of Morelos against Hibs.

Denying reports that he consulted the other players before yielding the axe, van Bronckhorst said: ‘No, I made the decision myself. Of course we have a leader group and I speak to the leader group quite often to talk about many things. I always keep in contact with them.’ 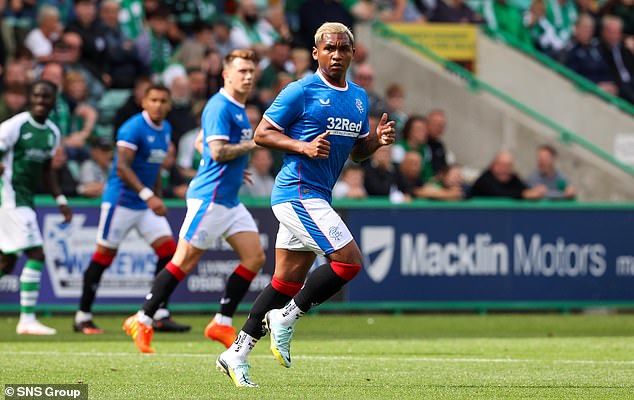 Insisting the latest controversy to engulf Morelos will not have a negative impact on team morale ahead of the quest to secure a place in the Champions League groups, the Ibrox boss added: ‘No, we are very focused. We trained without Morelos the last few days. The players are training well, we prepared for tomorrow.

‘We have had good meetings and tomorrow we will have the final meeting to prepare for PSV. For me it’s a decision I made but I am looking forward to the task ahead tomorrow and my players have the same feeling.’

Former Rangers boss and Sportsmail columnist Graeme Souness has already urged his old club to cut their losses in the final weeks of the window. Now in the final year of his contract, talks over a new deal have been shelved, with questions over the striker’s value after concerns over his fitness and attitude become public.

‘Well, everybody has their opinion and they’re entitled to it, of course,’ said van Bronckhorst of the advice from Souness.

‘Graeme is a great man and a great manager who has Rangers in his heart. 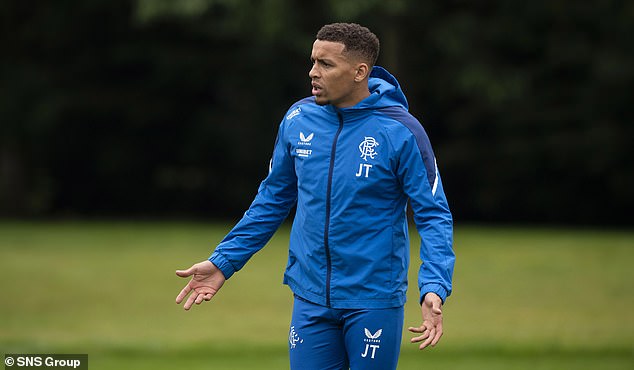 ‘But, as I said before, we will deal with this internally and speak with Morelos and see what happens in the coming weeks.

‘But of course, it’s a signal that he’s not here. And a signal I had to make to Morelos, but also to my team.’

Morelos is just one of a number of absentees from the squad for Eindhoven as Rangers try to focus on earning their place in tomorrow evening’s group draw.

‘Kamara is back in the squad and is available. Ben Davies will hopefully join us next week in training.’