Report as goals from Ianis Hagi, Ryan Kent, Joe Aribo, and Alfredo Morelos see Rangers beat Dundee United 4-1 at Ibrox to stay top of the Scottish Premiership; Steven Gerrard’s team also remain unbeaten in the league this season and are now just 10 points away from the title 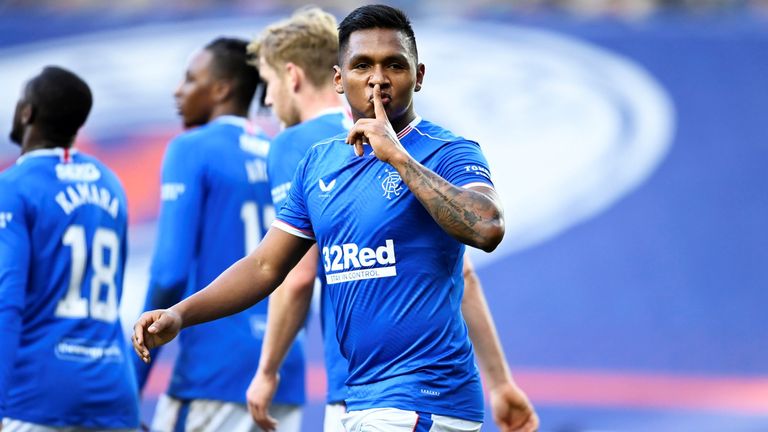 Rangers continued their seemingly unstoppable march to the Scottish Premiership title with a resounding 4-1 win over Dundee United at Ibrox on Sunday.

The second half was a stroll in the Glasgow spring sunshine as first Joe Aribo’s rocket made it 3-0 to Steven Gerrard’s side three minutes after the interval, before Alfredo Morelos – not that the striker knew anything about it – added a fortuitous fourth on 64 minutes after a mistake by Benjamin Siegrist.

Rangers could have scored a fifth, only for Siegrist to make up for his earlier error by keeping out Borna Barisic’s penalty, while the visitors did grab a late consolation thanks to substitute Marc McNulty’s fine individual strike.

As a result, Rangers have moved 18 points clear of second-placed Celtic ahead of the champions’ trip to Ross County later on Sunday night, meaning they are now just 10 points away from the title.