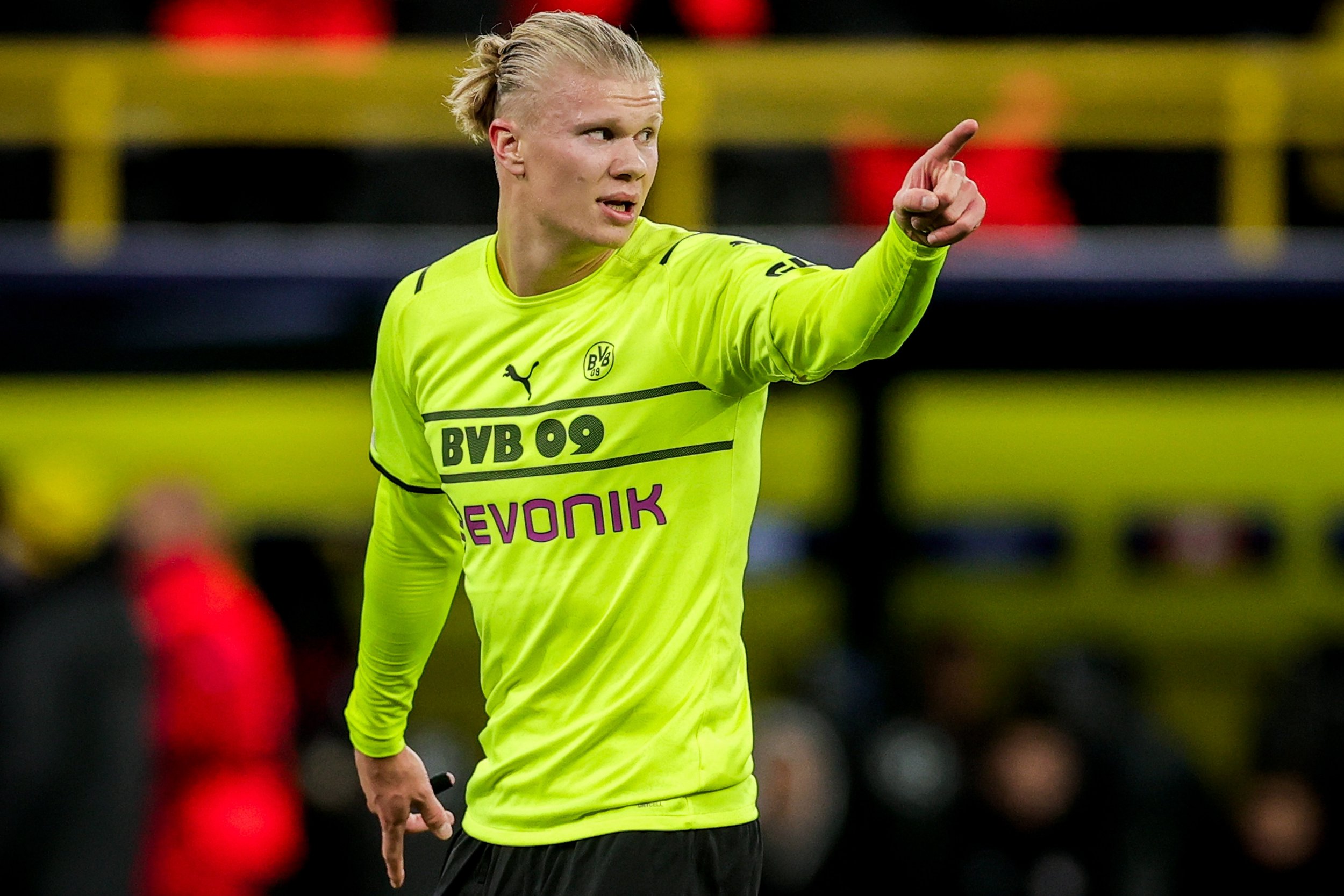 Manchester United interim boss Ralf Rangnick is pushing his board to make a move for Dortmund striker Erling Haaland.

The Norway superstar chose Dortmund over United in 2020, with the Red Devils describing the figures and clauses being requested by Mino Raiola at the time as ‘bad for the industry’.

Haaland’s stock has risen significantly since his £20m move to Germany and the striker is averaging more than a goal-a-game with Dortmund, having netted 76 times in 74 matches.

Barcelona, Real Madrid, Manchester City, Bayern Munich and Chelsea are all interested in signing Haaland and Raiola appeared to rule United out of the running with comments last week.

However, the Manchester Evening News claims that Rangnick is urging his board to join the running for Haaland as he would transform the side’s attack.

United already boast the likes of Cristiano Ronaldo, Marcus Rashford, Mason Greenwood and Jadon Sancho in attack but Edinson Cavani and Anthony Martial are expected to leave over the next two transfer windows.

Rangnick is set to take on a two-year consultancy role at the end of the season as United look to appoint a new long-term manager.

But the German is already attempting to sort out United’s recruitment and they could move for a defensive midfielder next month, with Amadou Haidara high on the German’s wishlist.