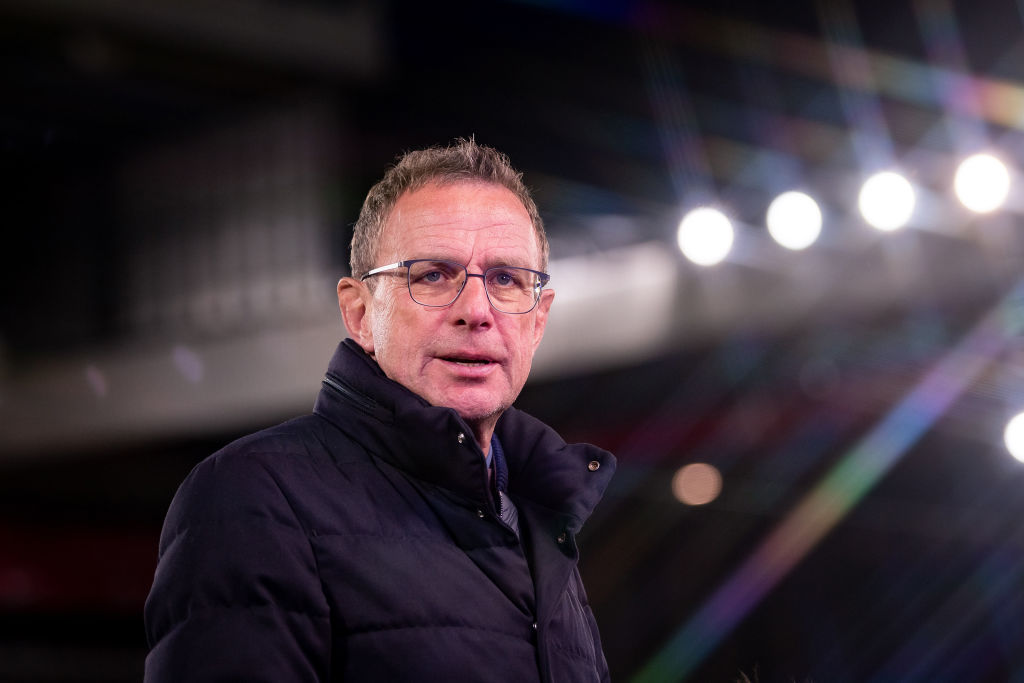 Ralf Rangnick made little defence of his Manchester United side after their thrashing at Liverpool on Tuesday night, describing the 4-0 loss as, ’embarrassing, completely disappointing, in a way also humiliating.’

The home side at Anfield made light work of their visitors, with Luis Diaz opening the scoring after just five minutes, a brace from Mohamed Salah and one from Sadio Mane made it a night to forget for Rangnick’s men.

The German will not be forgetting it in a hurry though, clearly hurt by his side’s display, which came in for huge criticism from former United stars on television, as Paul Scholes said it was ‘disgusting to watch’.

Rangnick may not go that far, but he was extremely critical of his team and says the squad must be entirely rebuilt, starting in the summer, if they are to get closer to Liverpool.

‘But we just have to accept that they are, I would say, six years ahead of us.

‘When you compare the squad that Liverpool has with what Jurgen inherited when he came six years ago.

‘End of his first season they finished 8th, with a point average of 1.6, toughly where we are right now with our current team.

‘This team needs to be rebuilt now, its clear, a game like the one today showed that in a drastic way that this rebuild is necessary.’

Rangnick is far from happy with his player, but Gary Neville expects an even more severe outburst to be coming soon as the Red Devils stars continue to play a long way from their best.

‘He’s [Rangnick] ready to go, it’s only his class and professionalism stopping him telling us what he really thinks of these players,’ Neville said on Sky Sports.

‘Arsenal away Saturday, Chelsea next Thursday, I can’t think he’s going to keep on watching this and not go for them.It’s embarrassing, it’s completely disappointing, in a way also humilitaing.

‘He’s alluded to it in certain interviews, but it really is a lull it really is because there was nothing in that first half.

‘No shots, No goals, no expected goals. Everything that he wouldn’t want.

‘It was always going to be difficult to come to Anfield against this Liverpool team but when they get back in their shape, they’re so passive it’s incredible.’