Michael Owen: Rafa Benitez had a ‘strange’ way of interacting

Everton have reportedly earmarked Rafael Benitez as a possible target to come in as Carlo Ancelotti’s replacement and the former Liverpool boss has already spoken about whether he would be interested in taking over at Goodison Park. Everton will begin the search for a new manager immediately after being left stunned by Carlo Ancelotti leaving to join Real Madrid.

The Italian coach announced that he felt it was too good of an opportunity to turn down to return to the Bernabeu.

But his departure has left Everton frantically searching for Ancelotti’s replacement with the summer transfer window opening in just a few days.

A host of names are already being linked with the vacant post such as Nuno Espirito Santo, Steven Gerrard and David Moyes.

Benitez though has also emerged as someone Everton are reportedly keen to talk to despite his strong links to the red side of Merseyside. 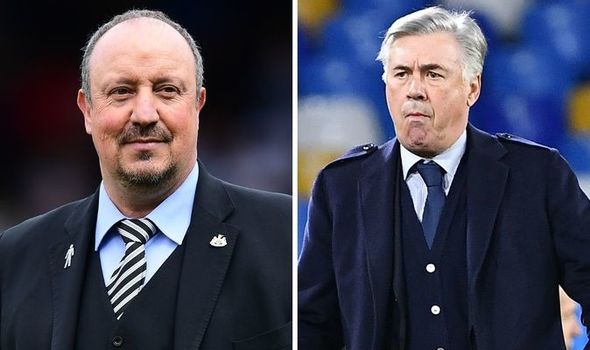 The Spanish coach became an Anfield icon after leading the club to their fifth Champions League trophy in 2005.

He has maintained a close relationship with the club and their fanbase over the years as well.

Benitez and his family still have a home on The Wirral with his wife, Montse, said to be residing there on a permanent basis along with their daughters, Claudia and Agata.

But his relationship with the blue side of Merseyside was somewhat damaged back in 2007 when he called the Toffees – then managed by David Moyes – a “small club”.

However, the experienced manager did admit just 18 months ago that he would be open to taking over at Everton.

“Obviously I have Liverpool connections. That is very clear,” he said on Sky Sports back in December 2019.

“But at the same time, we are involved in the city, we have a lot of friends in the city, Evertonians, Liverpudlians.

“I wouldn’t have any problems with the fans, with the people there. Obviously we are closer to Liverpool. 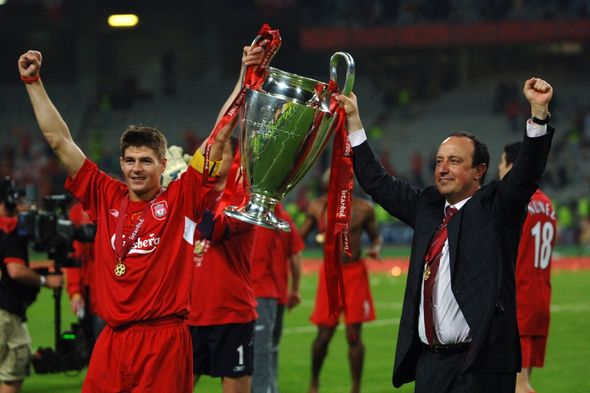 “But I am a professional, so in the future, you never know.”

Benitez also opened up on his infamous “small club” outburst, saying it was a “mistake”.

“What I would like to say, is I made a mistake when I said it was a small club,” he added.

“I know when I said that Liverpool fans were happy and Everton fans unhappy but that’s not what I meant.”