Kylian Mbappe and Mauro Icardi ensure PSG cruise through to the last 32 of the French Cup, but Marseille are given a brief scare and two Ligue 1 sides suffer shock exits

Holders Paris St Germain strolled into the last 32 of the French Cup with a no-nonsense 3-0 win at amateur side Entente Feignies-Aulnoye as two Ligue 1 sides were knocked out on Sunday.

Kylian Mbappe and Mauro Icardi both netted first-half penalties before the France forward completed a double in the second half as the Ligue 1 leaders eased past a team playing in the French fifth tier.

Mbappe converted a penalty in the 16th minute after being brought down in the area and Icardi also scored from the spot following another foul on Mbappe. 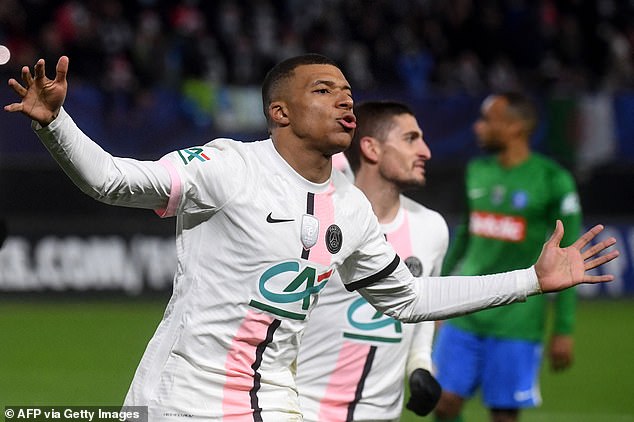 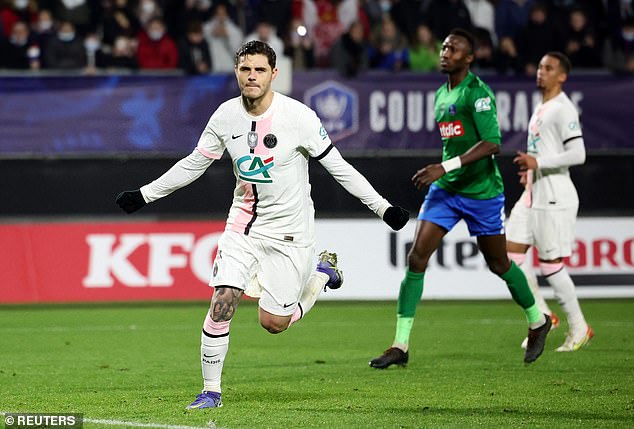 Mbappe, the only member of PSG’s formidable front three to start, with Neymar injured and Lionel Messi being rested, added the third six minutes into the second half after latching onto a cross from Colin Dagba.

Angers crashed out with a 2-0 defeat at fifth division side Linas Montlhery, who prevailed thanks to a Pascal Leno first-half double.

Leno headed the first in the ninth minute and doubled the advantage at the end of a counter attack 15 minutes later.

Fourth division team Bergerac also sent a top-flight side packing when they eliminated Metz 5-4 on penalties after a goalless draw. 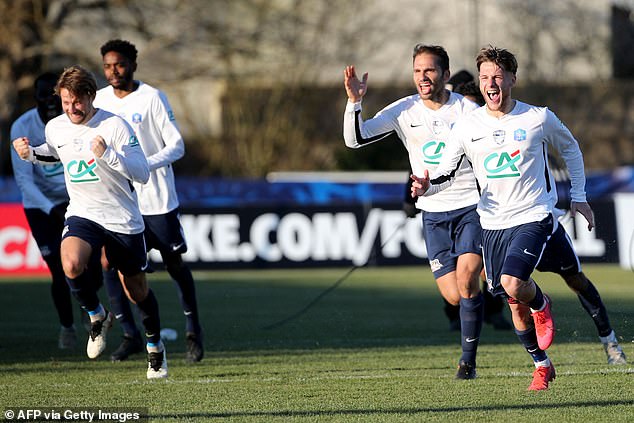 Olympique de Marseille survived a scare at home against fifth division side Le Cannet Rocheville, who opened the scoring in the first half, before Arkadiusz Milik’s hat-trick led the Ligue 1 club to a 4-1 win.

Monaco, St Etienne, Girondins de Bordeaux and RC Lens also went through, joining 2019 winners Stade Rennais, who made it into the last 32 on Saturday.

The French federation said it would make “quick decisions” on the tie, which could see Lyon, whose fans invaded the pitch, eliminated.