Paris Saint Germain boss Thomas Tuchel admitted he wouldn’t say no to signing Lionel Messi this summer if the Argentine became available, but believes the six-time Ballon d’Or winner will end his career at Barcelona. Tuchel discussed the Parisiens transfer policy after losing the Champions League final against Bayern Munich on Sunday night.

Tuchel insisted PSG will have to make significant investments this summer.

After losing the Champions League final, they will now see Edinson Cavani, Eric-Maxim Coupo-Moting and Thiago Silva depart the club on free transfers.

Silva has been tipped to join Chelsea, while Cavani is close to Benfica.

And Tuchel conceded that the oil-rich French champions will have to spend in order to replace the outgoing players. 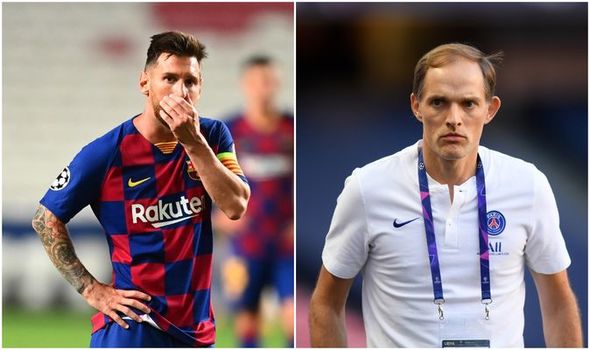 PSG will likely be one of the only teams in world football with the ability to afford Messi, should he become available this summer, and could offer him the chance to team up with former team-mate and close friend Neymar following the Brazilian’s 2017 £222m move from Barcelona.

He has reportedly told Barca that he wants to leave this summer after a disastrous end to the season, but Barca are reluctant to sell for less than his £630million release clause.

But Tuchel joked that he would be crazy to say no to signing the legendary forward, who is apparently desperate to link up with Neymar again and was unhappy with Barca’s failure to land the forward last year.

He said: “He is very welcome!

“We lost lots of players for this campaign only and we lose now Thiago Silva and Eric Maxim Choupo-Moting.

“We need to use the transfer window now to make the squad wider.

“Next season will be very, very demanding without any breaks.

“We need to keep the level, and we need to build a strong, strong squad. 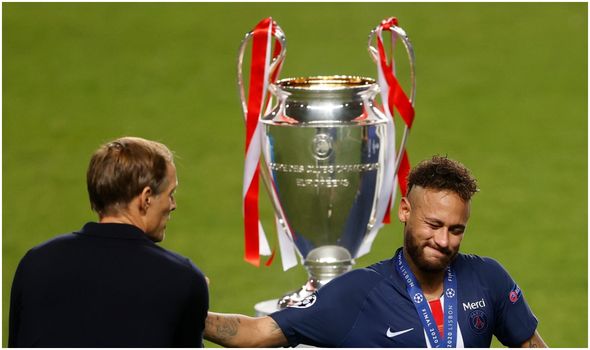 “What coach says no to Messi?

“We decided not to talk about transfers in this period here.

“We will sit together in the next days. We have many things to do to improve the squad and to keep the level of the squad.

“I think Messi finishes his career in Barcelona. He is Barcelona and it’s good like that.”

When asked further about transfers, Tuchel insisted PSG will need to spend in order to keep challenging for European honours.

He added: “It is neccessary if we want to keep the same level, we have to step up again.

“You have to go on. This level is necessary. We showed again we can compete with the best teams in europe with this mentality and attitude, in combination with our talent.

“We are a strong, strong side. We can be proud of that.

“We cannot worry too much because it is okay and we will go on.”