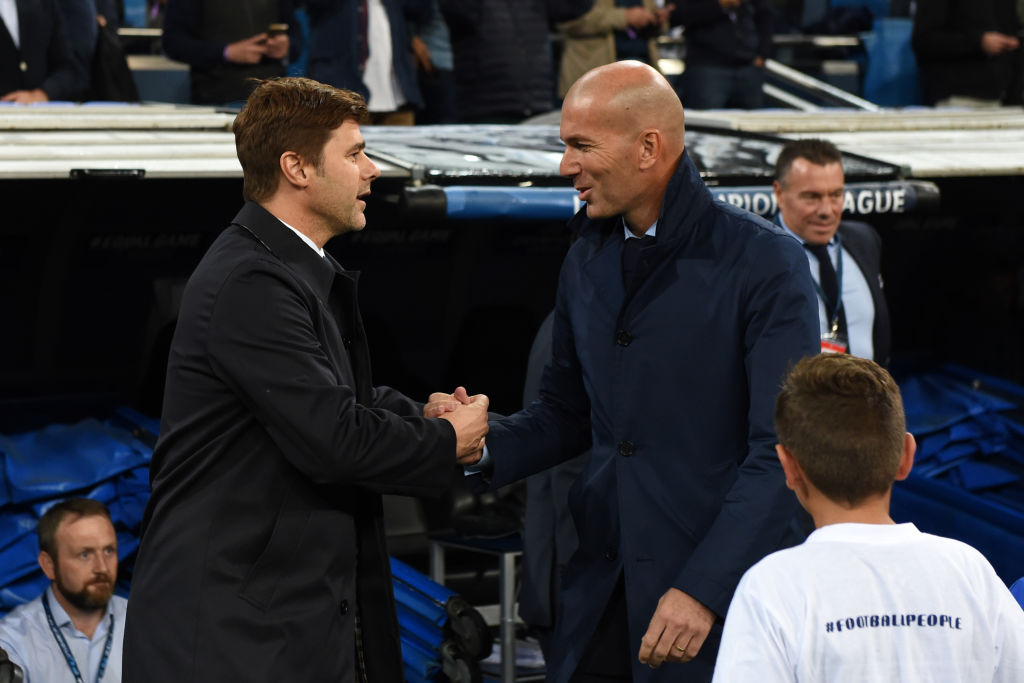 Paris Saint-Germain have opened talks with Zinedine Zidane as they brace themselves for the prospect of Mauricio Pochettino joining Manchester United, according to reports in France.

The Red Devils parted company with beleaguered boss Ole Gunnar Solskjaer on Sunday after a disappointing run of results, having picked up just four points from the last 21 available in the Premier League.

First-team coach Michael Carrick was placed in charge on a caretaker basis – and oversaw a 2-0 win over Villarreal in the Champions League – as the club search for a new interim or permanent manager.

Former Tottenham boss Pochettino has quickly emerged as United’s preferred choice, though it will be incredibly difficult and costly to extract him from his contract with PSG.

The Argentine has a deal which runs until 2023 and while the runaway Ligue 1 leaders would countenance losing their manager next summer, they are loathe to let him go mid-season.

But that stance may be softening in the wake of PSG’s defeat to Manchester City on Wednesday night, a performance in which the side were second-best throughout and underscored some glaring issues with the team under Pochettino.

According to Le Parisien, PSG’s hierarchy had already been sounding out Zidane about possibly succeeding Pochettino in the future but those talks are now accelerating.

Initially discussions revolved around Zidane taking over next summer, with the French side aware that Pochettino would be keen to leave Paris and return to the Premier League and not particularly impressed with the manner in which he has flirted with other clubs – notably considering re-joining Spurs in the summer.

But Zidane’s arrival in the French capital could be brought forward and PSG’s management want to do everything to ensure he is the next coach.

Talks are progressing well after a meeting earlier this month and PSG are looking to see if they can accelerate the former Real Madrid coach’s arrival in the event that Pochettino moves to Old Trafford.

Despite some growing concerns about PSG’s style of play, the club are not likely to force the Argentine out but they could be open to negotiating a compensation fee with United should Zidane agree to take over immediately.