Who have been the biggest winners and losers in the Premier League over the busy post-Christmas period? The Pitch to Post podcast panel discuss…

With 27 games, 62 goals and what felt like a dozen title contenders since Christmas, Sky Sports’ Nick Wright and Gerard Brand run through the teams, players and managers that have had a festive period to remember, and those who have not.

All under one roof: The Pitch to Post Preview, Pitch to Post Review, Super Sunday, Monday Night Football, The Women's Football Show and more… subscribe and listen here!

A pretty obvious choice but the first winner for me is Manchester United. They’ve had so many ups and downs under Ole Gunnar Solskjaer but they’re now only one win away from being three points clear at the top of the Premier League.

They had three tough games over Christmas, Leicester away followed by Wolves and Aston Villa at home, but to pick up seven from nine points at a time where Liverpool have stumbled could be really important.

Personnel-wise at United, their attacking players have got a lot of plaudits but Eric Bailly has come back into that defence and made a big difference.

Then there’s Arsenal, three consecutive Premier League wins for the first time since July, a lot of improvement all over the pitch and the young players have made a difference. But we should also mention Pablo Mari, who has come into the centre of defence and done very well alongside Rob Holding.

Eberechi Eze is a winner for that brilliant goal for Crystal Palace against Sheffield United – I could happily watch that all day. Plus there’s Tomas Soucek at West Ham, with two goals in three games, including that winner against Everton, which would have been a satisfying one for David Moyes. He looks like he’s found his Marouane Fellaini, and that West Ham side look well-constructed to me, only Liverpool and Leeds make more crosses and Soucek looks suited to that.

Only two sides won all of their games since Christmas and that was Manchester City and Arsenal.

But it’s worth mentioning Burnley too, who only played twice since Christmas as their game with Fulham was postponed for coronavirus, but they’ve won two out of their last three and have actually lost just once in six games. I really like Sean Dyche and I was confident Burnley would get back on track after a slow start to the season, but the big news at Turf Moor is the American takeover, which should give them a much-needed injection of funds.

It’s something Dyche has constantly referred to – he’s not been shy in publicly criticising the club for holding back in recent years – so I’m really interested to see what he can do with a bit more money behind him. The new owners have been inundated with calls from agents since they took over!

Another winner is Joao Cancelo at Manchester City, who over the last few games has been excellent, and you could actually see Pep Guardiola after the Chelsea game, how he approached Cancelo and was quite obviously praising him for the job he did. Against Newcastle on Boxing Day he was man of the match, too. 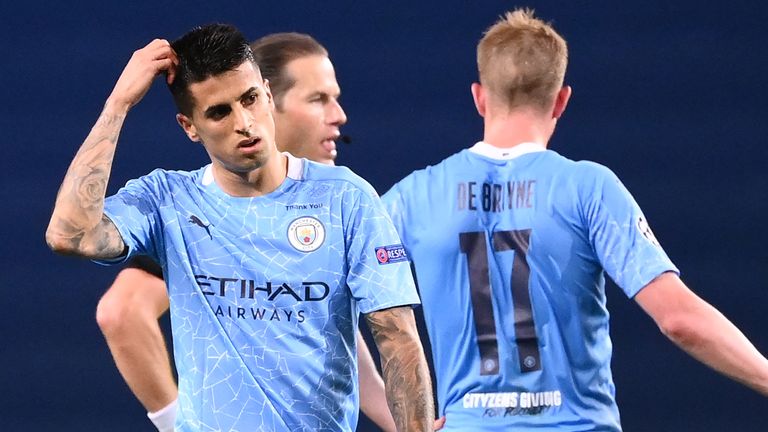 It just shows that even a £60m signing can take a year for a player to adapt, and another example of the world-class talent coming out of Portugal.

Frank Lampard is the obvious first choice. If you’re going to criticise your players as brutally as he did after the Arsenal defeat, you need to see an immediate response, and I’m not sure he’s had that.

Chelsea moved in a slightly different direction when they appointed Lampard, but has Roman Abramovich changed? I’m not sure, not when he’s sanctioned £226m to be spent over the summer. I think Lampard is going to find himself under a lot of pressure.

It feels ridiculous to mention Liverpool in this category, given they are still top, but it has been a rough post-Christmas for them. Who’d have thought after that 7-0 win over Palace before Christmas that they’d only take two points from three games?

It’s a bit of a blip for them, losing Joel Matip too was the last thing Jurgen Klopp needed, and they look a bit vulnerable up the top with United hot on their tale.

It’s worth mentioning Wolves, who lost at Burnley before Christmas, got a good draw at home to Spurs, but lost in stoppage time at Man Utd and then threw away a 3-1 lead at Brighton.

I think it’s going to be a crowded mid-table this season and the downside of them finishing seventh last season is that if they don’t finish in a similar position this time it may be deemed a failure by some, and I don’t think what Nuno is doing at Wolves is a failure in the slightest.

And of course, there’s Sheffield United. It’s quite miserable now. I hope they don’t go down as the worst Premier League team ever because I think that should be reserved for clubs who are actually poorly run, like Villa were in 2016, like Sunderland were in 2006, like Derby were to an extent in 2008, because I don’t think Sheffield United are a poorly run club, and I don’t think Chris Wilder is a bad manager.

I hope they get to 11 points and beyond, which I’m sure they will, because they’ve actually been in so many games this season – 11 of their 15 defeats have been by a single goal. So there’s been an element of misfortune there, not to say they shouldn’t be bottom, but I feel sorry for them in a points tally sense.

Jasper Taylor is joined by Nick Wright and Gerard Brand to analyse the winter period in the Premier League, as Manchester City brought themselves firmly into title reckoning with a statement victory at Chelsea, leaving Frank Lampard under pressure at Stamford Bridge (04:01).

Arsenal have gone from crisis to relative calm after their young players helped them to three wins in a (Smith) Rowe, easing Mikel Arteta’s concerns of facing the Saka (17:13).

In the Regional Review, SSN reporter Vinny O’Connor talks all things Liverpool, as an underwhelming 10 days leaves them level on points with Man Utd at the top of the table, with their bitter rivals up next in the Premier League (31:36). Do they have a new defender up their sleeves for January?