At a time when the world around has been closing in, at least our collective vocabulary has been expanding. Furlough is a pleasing addition even if the sporting word of the moment doesn’t sound quite like it looks.

Its definition is a leave of absence, currently one in which the government commits to stumping up 80 per cent of the wages of the individual asked to take time off.

The point of the furlough system is to keep businesses afloat when they might otherwise go to the wall. It is manifestly not a mechanism to enable Premier League clubs to cut the cost of their non-playing staff in order to keep their lavishly-rewarded stars on full pay.

Yet for four clubs that is what it appears to have been used for.

Little more could have been expected of Newcastle given Mike Ashley owns them and maybe Spurs too with Daniel Levy’s grabbing hand at play but it was disappointing to see Bournemouth and Norwich join the ranks of the unwashed. 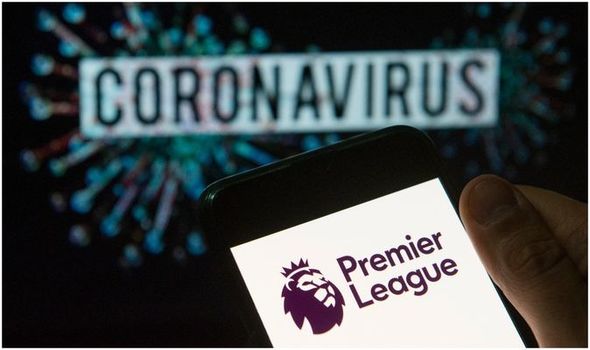 The chairman of the Department of Digital, Culture, Media and Sport committee Julian Knight was right to demand of the Chancellor yesterday that a windfall tax be imposed on the clubs if they continue to pursue this two-tier Robin Hood-in-reverse system.

Furlough cash is not free money. It will be the tax payer who stumps up in the end. And the tax payer should not be the mug that frees up Tottenham to keep Harry Kane on £200,000 per week during the crisis.

As for the players themselves, it is time for them to step up.

The average wage of a Premier League footballer is £60,000-per-week. They did not need that amount of money when life was normal; they certainly don’t when all the best barbers and top-end tattoo artists are closed.

At a time when sacrifices are being made all across the country – the ultimate sacrifice in the case of some heroic healthcare workers – it cannot be asking too much for the players to play their financial part.

They have done so in other countries across Europe. Lionel Messi and his Barcelona teammates accepted a 70 per cent cut and pledged to ensure the rest of the workers at the club were kept on full wages throughout the crisis.

Some have done so individually here too but this is the moment for collective action across the Premier League that can be channelled to benefit both football and, more importantly, wider society.

That might mean ignoring the desperate advice of some avaricious agents and bullying the dithering PFA into decisive action but do something they must.

The big names on the big wages need to do what is right. The present look is not a good one.