What a Boxing Day mess! Premier League REJECT Everton’s request to postpone their trip to Burnley over five Covid cases and six injuries, but Leeds and Watford ARE given the OK for their games against Liverpool and Watford to be off

Everton are being made to play Burnley despite having six players out injured and five in isolation after catching coronavirus.

Rafa Benitez expressed his disbelief that the game is to go ahead on Sunday at 3:00pm given the circumstances for the Toffees.

The ruling from the Premier League will sting even more given the fact that other games have been postponed. 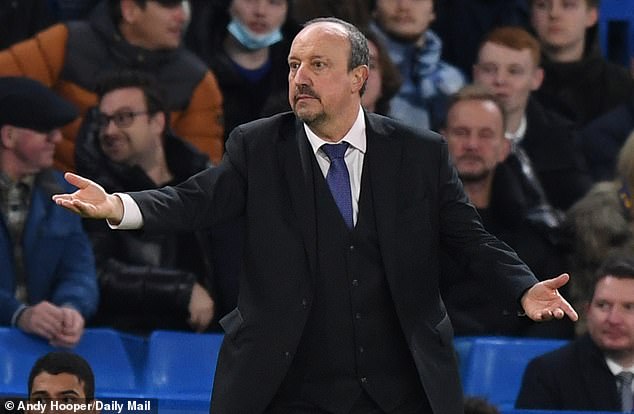 At a pre-game press conference, Benitez said: ‘Now I have to think whether I have 11 fit. I’m really surprised we are playing this game.’

On the day of the Chelsea game, Everton had no positive tests after players took lateral flows, but then PCR results showed four confirmed cases before another was added to that tally.