Graham Potter is keen to keep hold of Danny Welbeck but says Brighton will wait until the summer to sort out the future of the in-form forward.

Former England international Welbeck, whose contract expires in June, has contributed two goals and an assist in his last three Albion outings.

The 30-year-old missed a chunk of the campaign with a knee injury but his overall impact since arriving as a free agent in October has impressed Seagulls boss Potter. 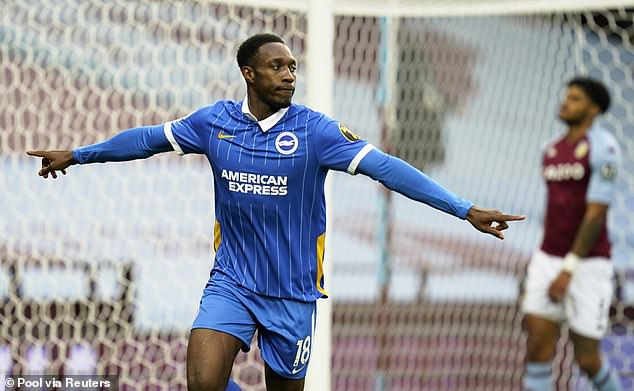 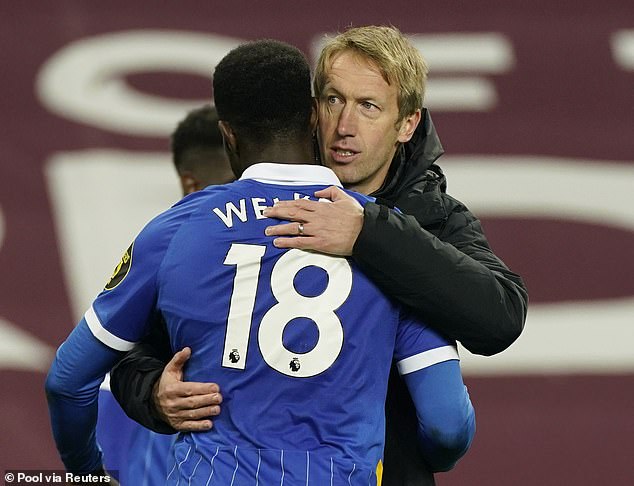 Asked if he was eager to extend Welbeck’s stay at the Amex Stadium, Potter replied: ‘Yeah. I think Danny has been really, really good for us.

‘Frustrated to lose him in the middle part of the season but regardless of that he’s been fantastic around the group.

‘He has the respect of everybody in the club and if you look at his goals when he’s been on the pitch, his return has been really positive.

‘I think he’s a player we are of course going to sit down with at the end of the season and find the right solution for everybody.

‘That’s how it is, I think that’s how we’ve always thought about this. But I have been really happy with Danny.’

Welbeck opened the scoring in last weekend’s 2-1 loss at former club Manchester United to follow up his strike in the 3-0 victory over Newcastle and assist in the 2-1 success at Southampton before the international break.

He is expected to make a fourth successive Premier League start when the Seagulls host Everton on Monday evening.

Albion, who sit six points clear of the relegation zone, could have a double defensive boost for the clash with Carlo Ancelotti’s Toffees, with Adam Webster and Dan Burn in contention to return from injury.

Webster has not featured for more than two months due to an ankle issue, while Burn has missed the past two matches with a tight hamstring.

The pair have returned to training and will be assessed, with Potter anxious to eradicate feeling ‘vulnerable’ at the back due to a shortage of numbers. 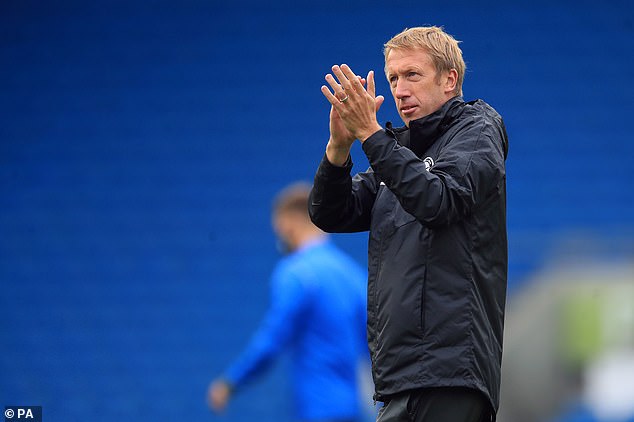 ‘It’s nice to have Dan and Adam back. We’ll see how they respond, there are a few more training sessions and Adam’s been out a while, so we just need to see how he reacts to everything,’ said Potter.

‘For the last two or three matches we’ve been working with three fit defenders, so you are a little bit worried if you pick up an injury you’re a bit light and you are feeling a little vulnerable.

‘It adds competition, it adds options, it adds different ways to approach matches and I think that’s what we need over the next eight games.’

Forgotten man Florin Andone, who suffered a serious knee injury on loan at Galatasaray last season, is also back training.

Potter says the Romania forward could feature before the end of the season.

‘He is due to get some time on the pitch with the under-23s in the next day or so and then from there we just need to take the right steps to allow him to get up to match fitness,’ said Potter.

‘He’s been out for nigh on nine months now so it’s not so easy just to go straight into a Premier League game.

‘But the focus is to get him up to speed, get him some match time, keep building himself up and who knows?’