Brighton boss Graham Potter admits he was not overly surprised by Davy Propper’s ‘brave’ decision to quit football at the age of just 30.

Midfielder Propper, who rejoined Dutch club PSV Eindhoven from Albion last summer, announced his retirement on Tuesday, revealing he no longer felt comfortable in the sport.

The former Holland international said he gradually lost his love for the game during his four-season stay with the Seagulls. 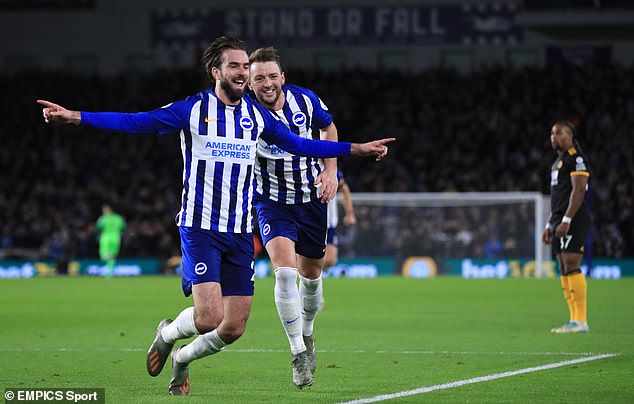 Brighton broke their transfer record to sign Davy Propper (left) for £11.7m from PSV in 2017

Potter had lengthy conversations with the club’s one-time record signing before his Amex Stadium departure and detected a change in the player prior to the impact of the coronavirus pandemic. 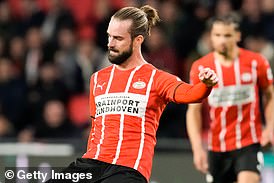 Propper had two separate spells at PSV in his career

‘It doesn’t come as a massive surprise to me the announcement, if I am honest. I know Davy was struggling and found it tough,’ said Potter.

‘A Dutch guy living in the UK in lockdown, so he didn’t get to see much of his family and friends and that was an added pressure.

‘I would say it was even a little bit before with Davy. You could tell he wasn’t quite himself, wasn’t quite what was needed and there are many things for that.

‘We spoke at length with Davy and supported him through a tough time in his life, really.

‘It is not easy to start that process of thinking, “maybe football is not the right thing for me”, and it is a big decision to make and I think Davy has made a brave one.’

Albion paid PSV a reported £11.7m for Propper following their promotion to the Premier League in 2017.

He was a regular for the first three years – and won 14 of his 19 international caps while with the Seagulls – but managed just seven top-flight appearances in the 2020-21 campaign before returning to Eindhoven.

‘For me he was a great guy to have around, always professional, always trying,’ said Potter.

‘But that is life sometimes, these things happen and people want to do different things and I fully respect that.

‘He is a grown man, Davy. He had all our support while he was here and we wish him the best now.’

Potter, who has Brighton in the top half of the Premier League table at the midway point of the season, is preparing for Saturday’s FA Cup third-round tie away to Championship club West Brom.

The one-time Baggies player is targeting a cup run at the expense of his former club. 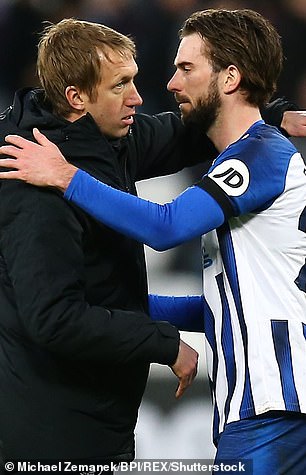 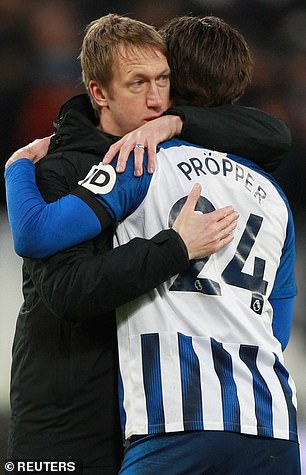 Graham Potter revealed that Propper found it tough at Brighton, particularly during lockdown

‘It’s a great club West Brom, I had three and a bit years there so I know the people of the area, they’re great supporters and back their team,’ said Potter, who was at the Hawthorns from 1997 to 2000.

‘We want to try and go through, we’re going to try and pick a team that will help us do that.

‘The guys are all making themselves available to play. The boys want to play, they’re in a good moment of form and want to do their best.

‘It’s by no means an easy game. We have got to fight to go through – I have full respect for them.’