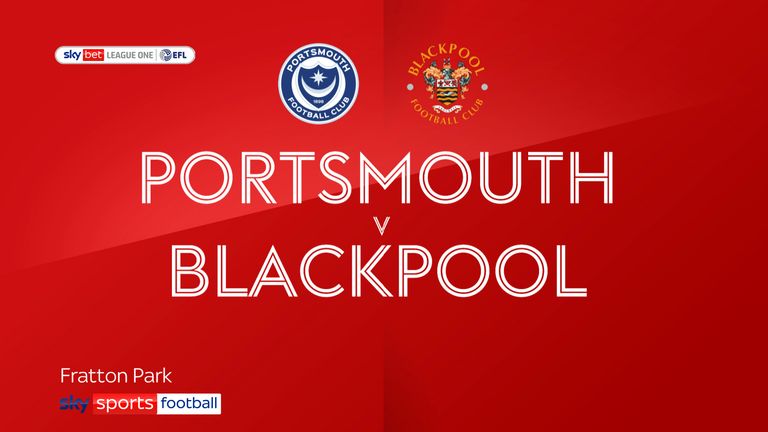 Jerry Yates scored the only goal as Blackpool won 1-0 at Portsmouth to dent the hosts’ automatic promotion hopes.

Yates slotted home the winner eight minutes from time with an angled drive after expertly riding a challenge from Rasmus Nicolaisen.

The visitors could have taken the lead after only three minutes when Ellis Simms saw his shot saved superbly by Craig MacGillivray and Yates’ rebound shot was blocked by Charlie Daniels.

Defender Daniel Ballard saved Blackpool from going a goal down by somehow getting in the way of a Nicolaisen shot from point-blank range.

Elliot Embleton had a second half shot beaten away by MacGillivray but both goalkeepers were relatively untroubled in the second half.

MacGillivray reacted bravely to punch away a Yates cross before Embleton could get on the end of it as the visitors pressed for a second goal in the dying stages.

This was Pompey’s first game since manager Kenny Jackett was forced to take a sabbatical from the touchline for health reasons although he was watching from the stands.