Arsenal are closing in on a new contract for club captain Pierre-Emerick Aunbameyang, according to the Daily Mail. Aubameyang will reportedly receive an improved wage of £250,000-per-week.

Aubameyang could be just days away from having his new contract announced.

The club captain has been in talks with club officials recently over an extension to his deal, which currently expires next summer.

Reports earlier in the season had claimed he was only going to consider staying at The Emirates if they qualify for the Champions League – which they failed to do.

But regardless, he is believed to have formed a strong relationship with Mikel Arteta, and is now ready to commit his future to the club. 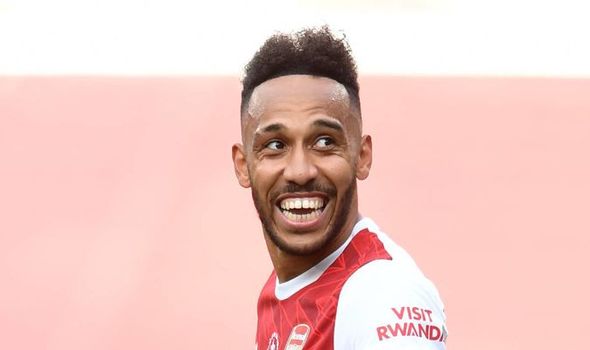 The Daily Mail reports he is set to agree a new three-year deal at Arsenal, keeping him at the club until 2023.

His wage will also be increased to £250,000-per-week, cementing his place as one of the club’s highest earners.

Aubameyang has reportedly verbally agreed terms on the contract, and Gunners officials are now sorting the final paperwork before the deal can be announced.

Arsenal announced major changes to their first-team set-up this week, with head of football Raul Sanllehi moving on from the club.

But they are still pressing forward with their transfer targets, and are now expected to go after Gabriel Magalhaes.

The Lille centre-back has been identified as a potential replacement for Napoli defender Kalidou Koulibaly, who is believed to be Manchester City-bound.

And Manchester United are also believed to be interested in Magalhaes, 23, who appears destined to leave the Ligue 1 side after an impressive campaign.

Napoli reportedly had a deal in place to sign Magalhaes, but the Gunners came in and swooped with a bid of their own. 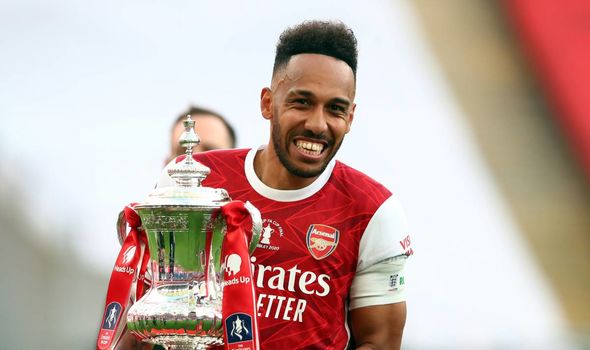 Arsenal are expected to pay £25million for the youngster, who will slot into Arteta’s new-look defence alongside William Saliba.

Their decision to focus their attention on Magalhaes indicates that they’re ready to pause their interest in Philippe Coutinho for now.

The Barcelona ace, on loan at Bayern Munich, is up for sale this summer and isn’t wanted by the Catalans.

However, his lofty wages are putting off multiple clubs, and Barca could be forced to subsidise the remainder of his contract in order to sell.