Philippe Coutinho was at the peak of his career when he made the move from Liverpool to Barcelona in January 2018. The Brazilian completed an initial £105m move which included another £37m in potential add-ons.

However, the move has not really worked out for Coutinho and he spent last season out on loan at Bayern Munich.

He returned to Barcelona this season and has featured more regularly but his transfer value has taken a sharp fall during his time at the club.

After finishing the 2017/18 season at Barcelona and winning the La Liga title and Copa del Rey trophy, Coutinho began his first full season at the Nou Camp.

According to website Transfermarkt, Coutinho’s transfer value was at it’s highest during the early months of that season, with the Brazilian valued at £135m in October 2018. 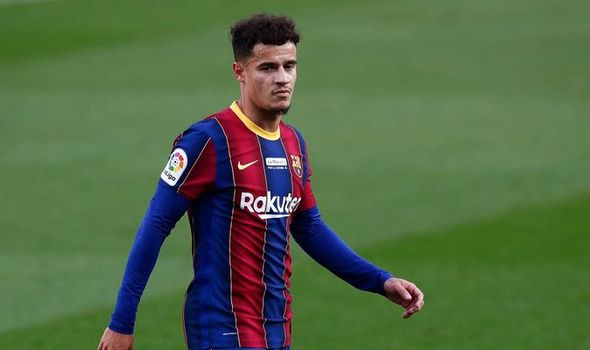 However, three years on from his move, Coutinho’s value has fallen by a whopping £90m, with Transfermarkt valuing him at £45m.

Barcelona are in the midst of a financial crisis amid the ongoing coronavirus pandemic, with the Catalan giants owing £1.1billion in debt.

Former player Rivaldo believes their financial problems means some “important players” may have to be sold and he thinks Coutinho’s time at Barcelona may “be coming to an end.”

He told Betfair : “Barcelona were not in good financial health pre-pandemic, but things got nasty in the last year and beyond Lionel Messi’s almost inevitable departure, the club may need to sell some more important players to generate income. 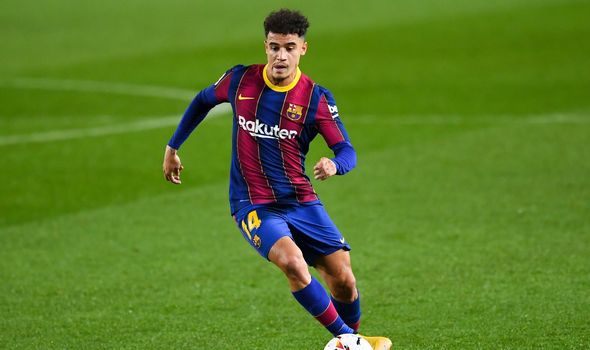 “As I mentioned previously, the club’s board made a mistake by not selling Lionel Messi while he was still under contract, something Real Madrid did with Cristiano Ronaldo receiving around €100million (£89million) in exchange.

“It’s sad to see such a talented and valuable player leaving Barca for free when the club is going through so many financial problems. But looking to potential transfers that might occur, I think Phillipe Coutinho time may have be coming to an end.

“He has admirers in England and perhaps Barcelona could generate some good income with his sale, allowing them to keep others like Ousmane Dembele and Antoine Griezmann.

“The Brazilian never managed to show his best football in Spain, and since his better moments happened in Premier League I’m sure there will be clubs interested in his services and available to pay considerable amounts, although not quite what Barcelona paid to Liverpool! 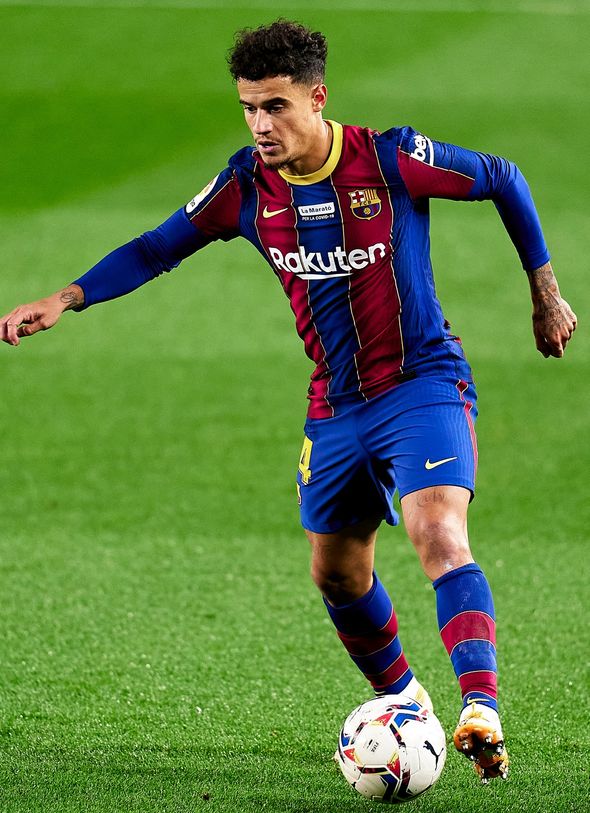 “It’s clear that the current directors made some errors during this presidency, but COVID-19 played the bigger role in aggravating the situation.

“In the early 2000s Milan also experienced in a big crisis and they are still fighting nowadays to return to European top football, so, I expect that a new president can take things around with the right decisions in terms of signings, sponsorships, and more to prevent the club drowning in a similar situation.

“I don’t believe Barcelona will suffer the same fate, but it’s important to take immediate measures to prevent it.

“Barcelona fans simply aren’t ready to stop fighting for titles for a decade or two. Out of question.”