Philippe Coutinho’s agent Kia Joorabchian has confirmed the attacking midfielder will stay at Barcelona after new manager Ronald Koeman informed him that he is part of his plans.

Coutinho spent last season on loan at Bayern Munich and won the treble with them but they opted against making the move permanent.

That led to speculation that the likes of Arsenal and Newcastle could be his next destination.

But when asked if Coutinho will stay at Barcelona this summer, Joorabchian told talkSPORT: “Yeah.

“Koeman called him right after the Champions League victory with Bayern, the following day, and told him he’s very much in his plans and would like him to return.

“He was due to return on September 7 but actually he returned at the beginning of September because he didn’t want to lose his momentum and fitness, and he’s been training with Barcelona. 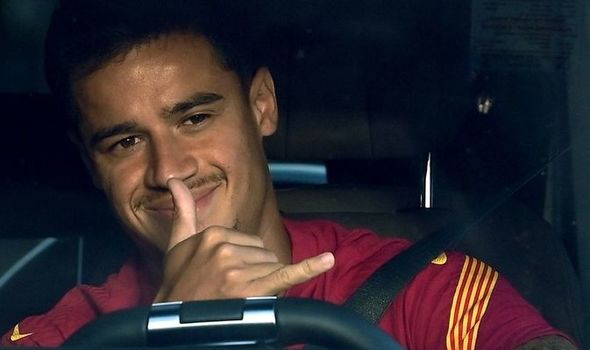 “All signs point to the fact Barcelona have changed quite dramatically, the way their philosophy of how they wanted to move forward from last year and the players they’ve brought in, like Coutinho, Dembele and Griezmann they’re all going to be part of the squad this year.”

One deal Joorabchian has been able to facilitate is the transfer of James Rodriguez to Everton.

The Toffees have signed the Colombia star on a two-year contract, with the option of a further 12 months.

Rodriguez’s profile has dropped since the highs of the 2014 World Cup which he starred in. 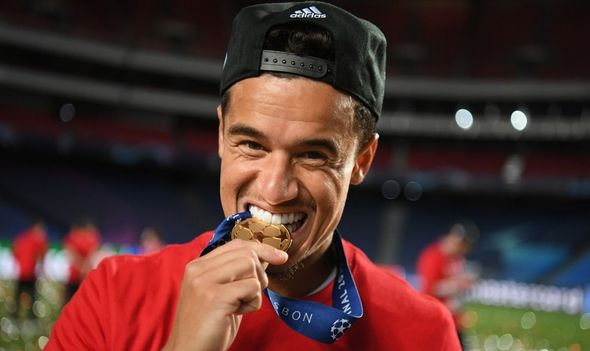 But Joorabchian feels reuniting Rodriguez with Carlo Ancelotti at Goodison Park will bring out the best in the 29-year-old.

“James is a world superstar,” Joorabchian said. “He has 47m followers on Instagram and has played for the best teams in the world in Bayern and Real Madrid.

“The ‘Ancelotti factor’ played a big part in the deal. Everton now have a very big and important manager who has won everything and knows how to win.

“And Everton’s will to press and go forward… I have to say Farhad [Moshiri, Everton owner] has given so much, he’s backed every manager he’s had and he’s bought whatever the mangers have asked. He’s taking the club up to that level.

“Bringing in experience with Allan and James, who Ancelotti knows really well and he knows how to get the best out of him, that’s the key. He did that at Munich and Real Madrid.

“Ancelotti has a four-year deal and he wants to make this work; he started with a young side and wants to bring in experience.

“I think he if can keep James on the pitch and as fit as possible I think it’ll be an incredible signing for Everton.

“I think you’re going to see the best of him in the Premier League, he had an up and down year last year with his injury, but now he’s fully fit.

“He’s a player Premier League clubs have wanted to bring in since the [2014] World Cup, and he’s been close to coming a couple of times, the deals have been a little bit high.

“This is the moment where he’s ready to explode and this is his chance to attack the Premier League.”