‘He has the perfect body now – so sexy’: Pep Guardiola makes light of Kalvin Phillips’ weight issues after he returned to Man City bench for win at his old club Leeds… but warns he needs to ‘understand what we want to do as quick as possible’

Manchester City manager Pep Guardiola has joked that Kalvin Phillips has the ‘perfect body’ after he dropped him from the squad and first team training last week after he returned from the World Cup overweight.

Phillips was recalled to the City bench on Wednesday night for the club’s trip to his former side Leeds United, a sign that Guardiola’s anger at his situation had somewhat abated.

‘He’s not injured – he arrived overweight,’ Guardiola said last week. ‘I don’t know [why]. He didn’t arrive in the condition to do training sessions and to play.’ 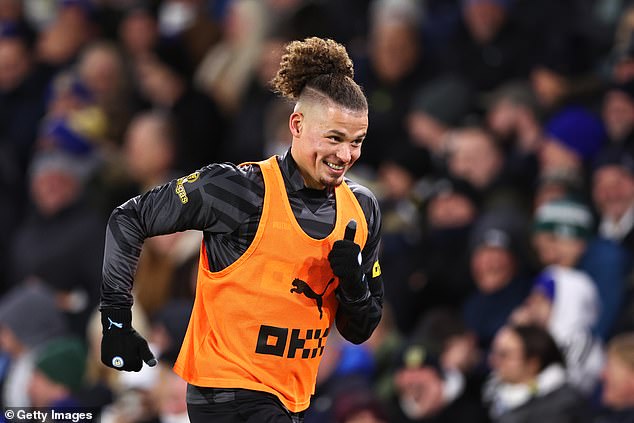 Asked about the possibility of Phillips appearing this weekend for City in their clash with Everton, Guardiola cracked the joke before offering a rather more serious assessment of what he needs to do to be of use to the side.

He said that Phillips had made strenuous attempts to get fit for the World Cup after his shoulder surgery – but that he needed to ‘understand’ what City were trying to do.

‘He has the perfect body now – so sexy,’ Guardiola said. ‘We will see for the weekend.’

‘He has spent the first part of the season out with surgery to arrive for the World Cup – and did everything to get to the World Cup.

‘It’s not just about just being fit you also have to understand what we want to do, the movements etc.

‘But I’m happy that yesterday for example Kalvin trained really well and sooner or later he will play.’ 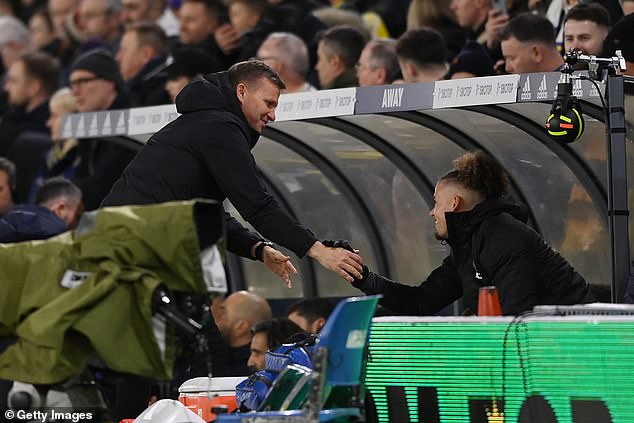 The former Leeds man was offered a warm reception by players, staff and supporters upon his return to the club 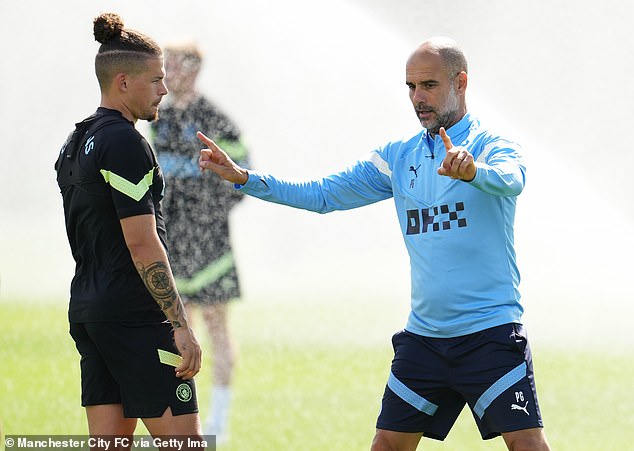 Having joined the Etihad in July 2022, the ex-Leeds midfielder has endured a torrid start to his career at the reigning Premier League champions.

Phillips has made just four appearances for his new club so far in 2022-23, having struggled with injury on a regular basis.

He missed 11 games as a result of a shoulder injury which had initially left his place in Gareth Southgate’s England squad in peril, but he managed to recover in time to make the final 26-man squad.

Only three players have played more minutes than Rodri in City’s squad so far this season, with Guardiola seemingly keen to be able to offer the Spaniard some sort of respite sooner rather than later with a packed schedule ahead.

Questions have been raised over Guardiola’s man management with Phillips, however. Alan Shearer questioned the former Barcelona and Bayern Munich coach. 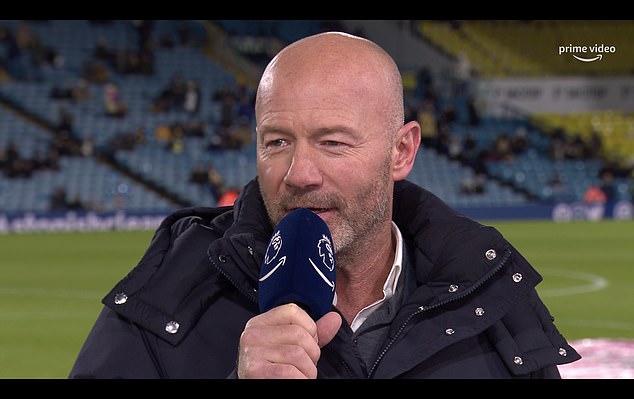 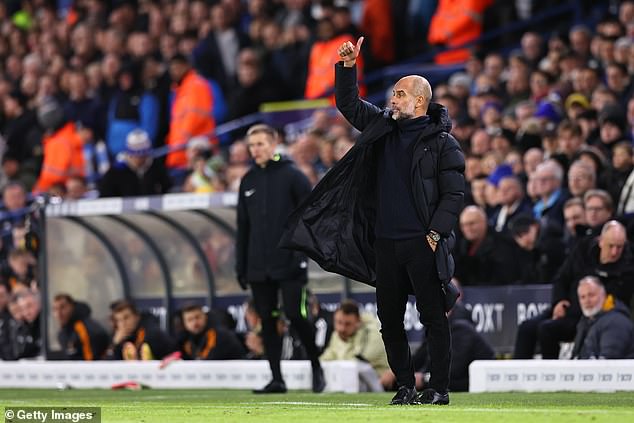 It comes after Richard Keys had said Guardiola’s decision to go public might have ‘exposed Phillips to ridicule’.

‘I was surprised,’ Shearer said as part of Amazon’s coverage of City’s clash with Leeds on Wednesday night. ‘I don’t know why he said it – I’m guessing there must have been a reason.

‘Maybe embarrass him to a certain extent – has he been disappointed in his attitude? Whether he’s firing something back at him.

‘It hasn’t gone as well as one would hope – whether that be for injury or some other reason. There must be a reason.’