Pep Guardiola maintains he still does not regret letting Jadon Sancho join Borussia Dortmund after the German club were paired against Manchester City in the Champions League quarter-finals.

Sancho will make his return to Manchester next month when Dortmund take on Guardiola’s quadruple-chasing City – nearly four years after swapping the Etihad Stadium for German football in a £8million move.

The Manchester City manager reminded supporters that he wanted the now-England international to remain at the club and claimed there was nothing he could do to stop the winger from leaving. 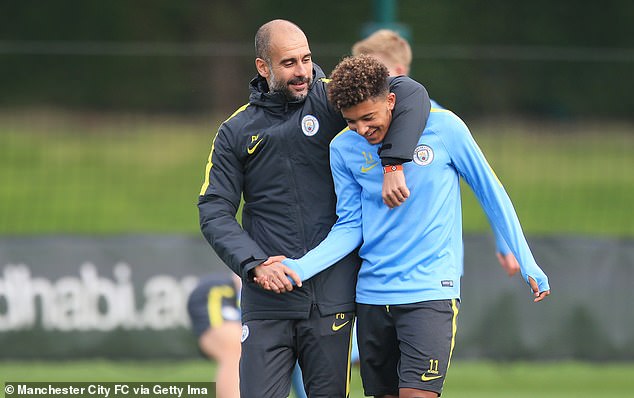 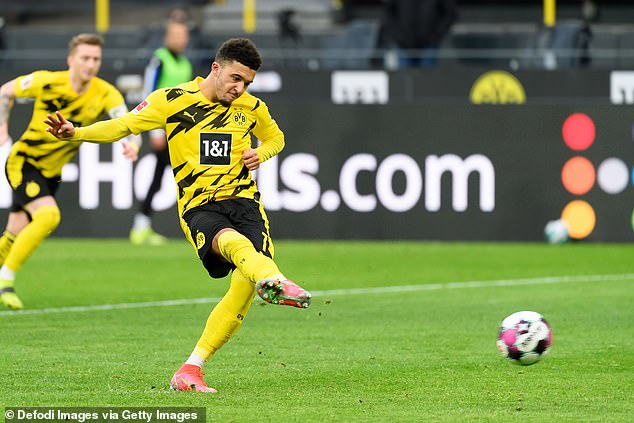 Speaking about Sancho, Guardiola told his pre-match press conference ahead of the FA Cup quarter-final with Everton: ‘I said many times, not a regret, he decides.

‘We want him to stay but he decides to leave, when they decide to leave all we can do is they leave. I wish him all the best except when he plays against us. If he’s happy, I’m happy.’

Sancho has undergone a meteoric rise at Dortmund, scoring 46 goals and registering 60 assists in three-and-a-half seasons in the Bundesliga club’s first-team fold. 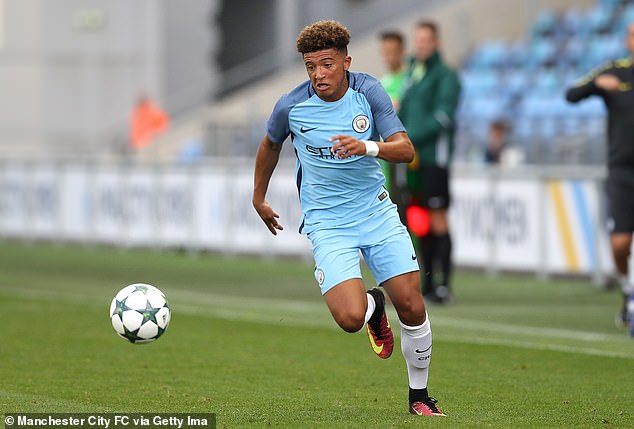 The winger has also become a key part of Gareth Southgate’s England squad and has been capped 18 times by the Three Lions and is set to be a major part of this summer’s European Championships squad.

Sancho had a slow start to the current season and failed to score in his opening 11 Bundesliga matches but has picked up some form again and has three goals and two assists in his last three league games but is currently out with a muscle problem.

The 20-year-old is in line to return in time for his reunion with City, who have an abundance of attacking stars at their disposal including Raheem Sterling, Phil Foden and Riyad Mahrez. 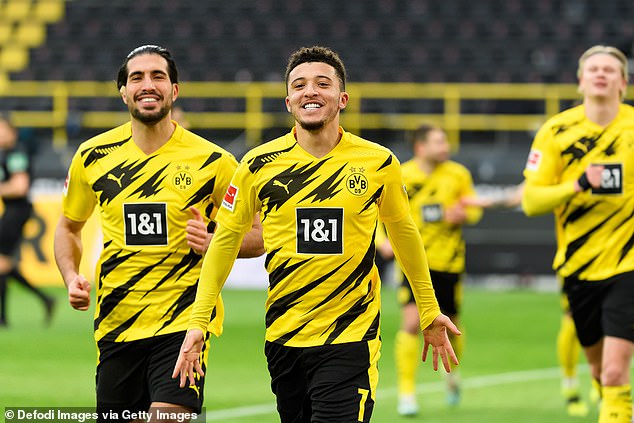 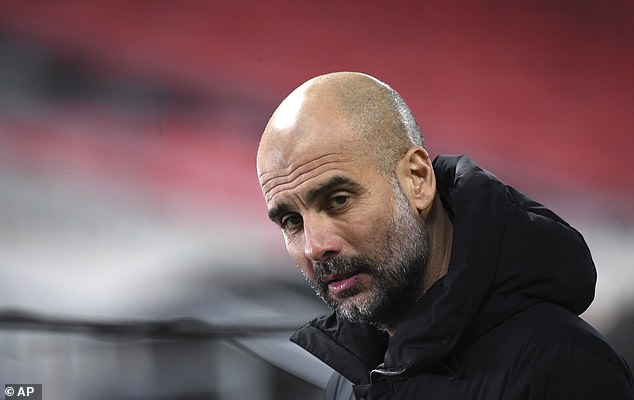 But City boss Guardiola would not be drawn into discussions over whether having Sancho in the squad would have improved his side’s attacking play.

The Spaniard added: ‘Nobody knows, maybe he stays and we don’t play good or better. The life of every person decides the life they lead, the other people have to respect.

‘We want him, he decides to go, all the best. We will face him, try to control him. We know the quality he has, everyone knows.

‘The individual quality in Dortmund is from all departments, a strong team. In the Champions League always has done well many many years. We have to prepare well.’