Paul Scholes has questioned Marcus Rashford’s claim that Manchester United are close to competing at the top level. Ole Gunnar Solskjaer’s side lost 11-10 on penalties to Villarreal in the Europa League final on Wednesday evening to prolong their trophyless period as a club to four years.

Gerard Moreno opened the scoring for Unai Emery’s side in the 29th minute of the match, though Edinson Cavani hit back for the Red Devils early in the second-half.

There was nothing to separate the sides in extra-time and Solskjaer’s men would then lose by the finest of margins in a dramatic penalty shootout.

Despite missing out on this piece of silverware, Rashford delivered a passionate post-match interview regarding the team’s ability to bounce back from this situation.

“There’s no chance that the team will give up, the manager will not give up. We will come next season. People say a lot about Manchester United and that they’re going downhill. For me, we have everything to compete at the highest level,” he said. 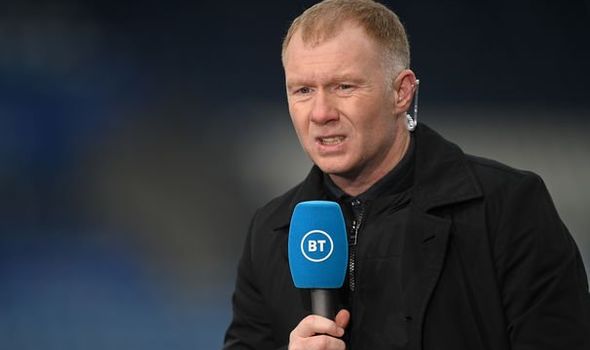 But not everyone agreed with Rashford’s view that the Red Devils are as close as they think to winning the biggest prizes in the game.

Scholes pointed to last night’s defeat and the club’s points gap to Premier League champions Manchester City to suggest that there remains plenty of work to be done.

“I think he spoke well, but the time for speaking is done for me,” said the BT Sport pundit and former United midfielder.

“It’s time to start showing. When he says they’re close, are they really that close? Being in a Europa League final against Villarreal? They’ve got a population of 50,000. Beat by them. Finished second in the league, 14 points behind Manchester City. Doesn’t feel like it’s close to me.”

Rio Ferdinand shared a similar viewpoint to that of Scholes as he admitted that bringing the right players to the club will determine future success.

“I agree. I agree. I think there’s work to be done,” expressed Ferdinand.

Solskjaer, like Rashford, is also adamant that the good times are not far away.

“We’re getting closer and closer and better,” stated the United boss.

“We were one kick away from a trophy and a good night. We have to have the desire to come back next year and improve. The only way to get the margins your side is to work harder and better.”