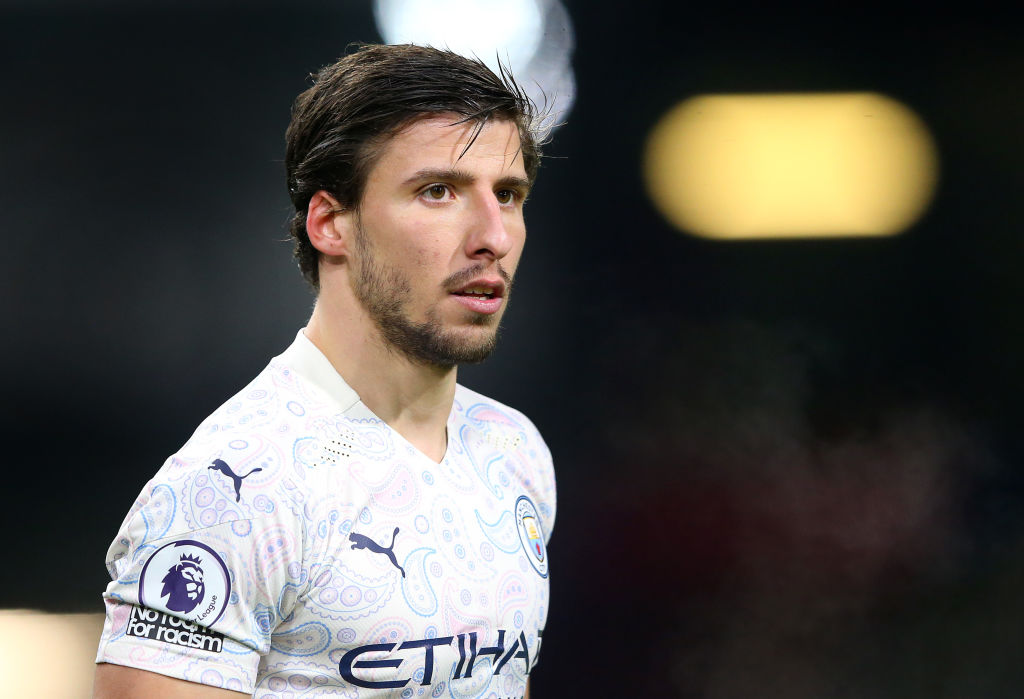 Dias, 23, has had a big impact on City’s defence since his £65million move to the Etihad from Benfica in September, helping Pep Guardiola’s table-toppers establish a 10-point lead over second-placed United.

The league leaders have conceded just 15 goals in 25 games and last weekend’s 1-0 victory over Arsenal was their 13th consecutive top-flight win.

Meanwhile, Fernandes has continued to be United’s talisman this season and his tally of 15 goals is second only to the division’s top scorer for the campaign, Mohamed Salah.

But Merson admits he has been blown away by Dias’ commanding performances and ‘can’t look past’ the defender as his clear frontrunner to win player of the season.

‘I like to go with someone [for player of the year] who has had an effect on a team winning something,’ Merson told Sky Sports.

‘I really do like Bruno Fernandes. I love what he’s done at Manchester United.

‘People say he cannot be compared to Eric Cantona until United do what that side did in terms of trophies, but what more can he do?

‘He is doing his job and doing it unbelievably well. All he can do is create chances and score goals, and that’s exactly what he’s doing, but he can’t defend all at the same time. He’s not the one letting in soft goals every now and then.

‘He can only keep doing his job to the best of his ability and he has carried a massive football club on his shoulders. That takes some doing, believe me.’

‘However, I look at Ruben Dias and think, wow,’ he added.

‘Did you ever see Man City conceding the least amount of goals in a season in this league? I think he’s starting to get the reputation of someone like Virgil van Dijk.

‘When you watch him now, I think players are fearful of him. They get him in a one on one situation, and they think they cannot get past him. He’s got that fear factor.

‘At the moment, I can’t look past him for player of the season.

‘Fernandes has been great, don’t get me wrong. He’s done what he’s had to do and more, but I always think, when you are talking player of the season, you have to pick someone who has won the league.

‘When Kevin De Bruyne won it last year, I just can’t see how a player wins it when another team have won the league by a mile. If you are a Liverpool player, you are sitting there scratching your head thinking about the numbers you’d put together and one of your players is not player of the year. It’s a team game and you’ve got to pick a player from the team that’s won it. You never get man of the match from a losing team.

‘That’s why I’m going with Dias. He has made Man City a far better team than what they were last season.’