Sheffield United interim boss Paul Heckingbottom has revealed his frustration at not being given more time as Leeds manager.

Heckingbottom will return to Elland Road for the first time on Saturday since he was sacked in June 2018 after only four months in the job to make way for the appointment of Marcelo Bielsa.

The 43-year-old, in charge of the Blades until the end of the season following Chris Wilder’s departure, admitted he would have liked to have been given longer at Leeds but insists he has no hard feelings about what happened.

“Of course I was frustrated. I’d be lying if I said I wasn’t,” said Heckingbottom.

“I still speak to the ownership there, there’s no ill feeling. Right club, wrong time for myself and that’s how I look at it.

Heckingbottom speaks positively about his short spell at Elland Road, where he laid some of the foundations for Bielsa’s success.

He could see the club was ambitious to return to the Premier League and thinks Bielsa gave them the “shake-up” they needed.

“Lots of things I took from it were positive and I think they would say the same thing about my time there as well if they are totally honest about it,” said Heckingbottom.

“I still speak to them and I still keep in contact and it will be nice to see a few familiar faces at the weekend. 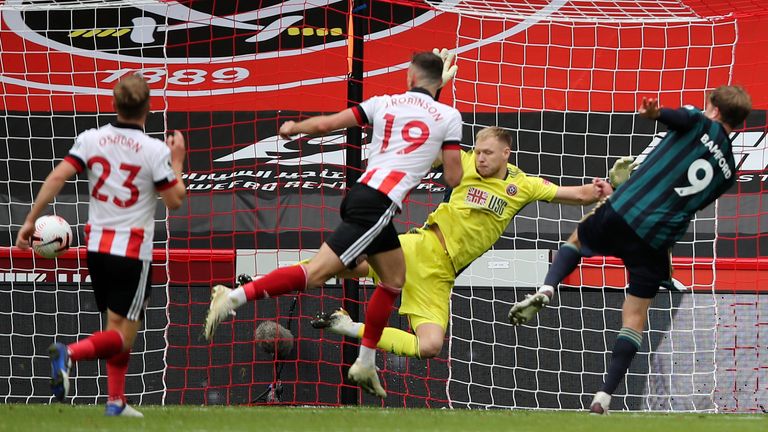 “He (Bielsa) has done great. The biggest thing for me there was a good energy about the place, really good intentions to be successful, it just needed some direction, making the squad leaner, the staff leaner.

“There were a lot of things connected to the club had gone through a tough time and didn’t have the energy to take it forward.

“The club did need a shake-up, without a doubt, and that’s what it’s been given.

“Even then you saw how difficult it is and it still took a while to get there. Luckily for Leeds, they got there and they want to keep building on that.”

Heckingbottom is hoping John Egan will be fit enough to return to the squad at Leeds.

The 28-year-old has been sidelined since suffering a dislocated toe in the defeat at West Ham on February 15 but he is back in training and close to making a comeback.

However, fellow central defender Chris Basham is out having been unable to train since sustaining an injury in the build-up to the FA Cup defeat at Chelsea prior to the international break.

Enda Stevens is expected to be available, despite the wing-back being ruled out of the Republic of Ireland’s friendly against Qatar, while club captain Billy Sharp (muscle injury) is thought to be out for around another two weeks.