Paul Cook said Wigan Athletic were hurting and that he felt “physically sick” after a 1-1 draw with Fulham in their final game of the season left them facing relegation.

With a 12-point deduction for entering administration looming, Wigan needed a win, plus other results going their way, to keep their heads above water.

But the lead they gained through Kieffer Moore’s 32nd-minute header was cancelled out four minutes after the break by a Neeskens Kebano free-kick, and the hosts were unable to find the additional goal they so craved.

Their total of 59 points, which would have put them 10 clear of the relegation zone in 13th place, being cut by 12 sends them down to 23rd place. Results elsewhere meant that if they had won, they would have been safe.

The appeal the club have lodged against the points deduction is due to take place on 31 July.

Boss Cook, whose side have lost just one of their last 15 games of the campaign, said: “You can imagine the emotions run high.

“I just have to say how proud I am of the players. Even to the 95th, 96th minute, the energy and desire and will to win for the supporters sitting at home – (and) we all felt their positive energy.

“Unfortunately we’re going to feel like we’ve let them down tonight, that’s just the way it will be.

“That’s one in 15 they’ve lost, and to be relegated….we’re hurting as you can imagine. We’ve just got to keep hold of our dignity at the minute because it’s painful. 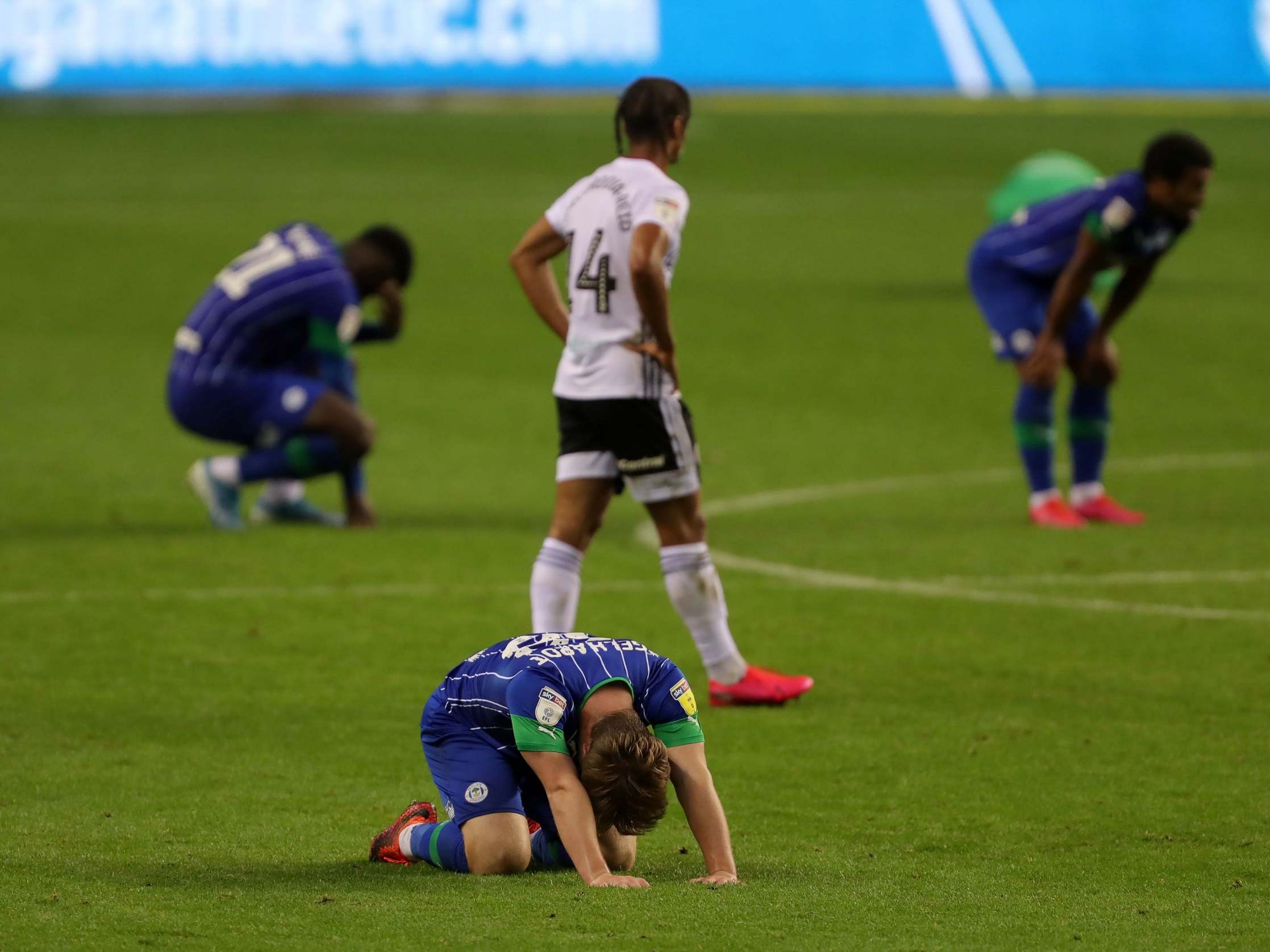 He added: “I’m not going to do anything other than thank our supporters again – to raise the money they have… The players, the support staff around the stadium who have kept coming in and working and keeping us going – I feel physically sick for everyone.

“I felt the team did as well as they can, that we created chances continually in the second half. It just needed one of them to drop, and unfortunately it never did.”

When asked about the appeal, Cook said: “At the minute I don’t want to know about appeals because the reality is we shouldn’t be appealing – we shouldn’t be in this situation.”

Scott Parker’s Fulham, who went into the contest with an outside chance of making the automatic promotion places, finish fourth and will face Cardiff in the play-off semi-finals.

Parker said: “I have sympathy for Paul and Wigan, and the job he’s done.

“I think we’ve been realistic. To bring the season to the last game was a massive positive for us.

“It’s not happened for us. I think we knew the job was well out of our hands tonight. I think we all understood the likelihood of where we were going was going to be the play-offs.

“That’s seven unbeaten now. We go into the play-offs now in form, with momentum.”