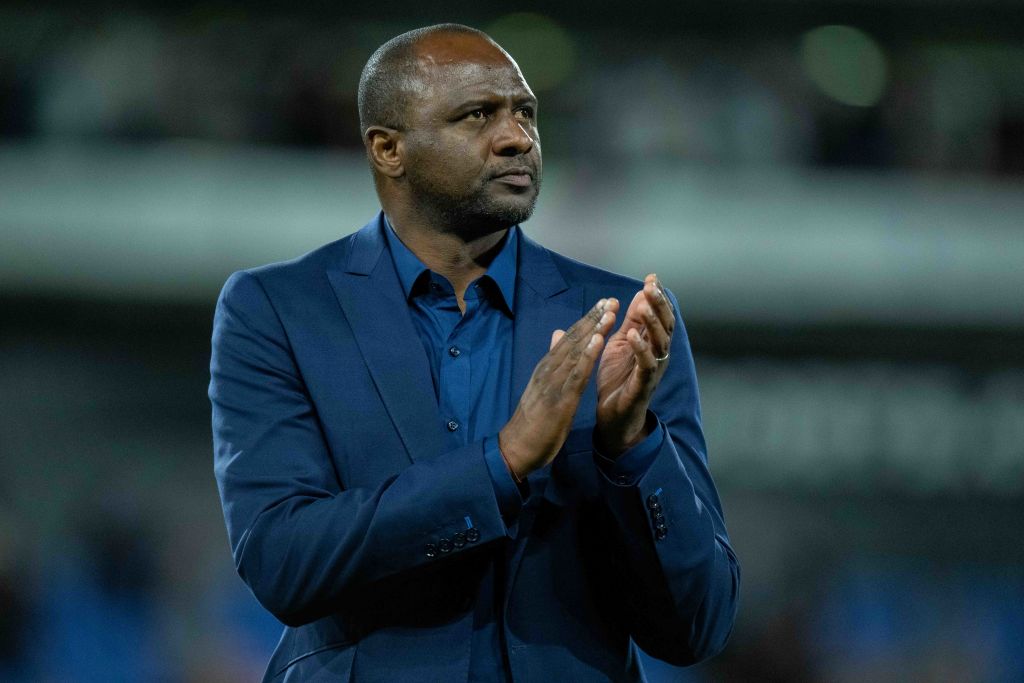 Patrick Vieira feels there is still a lack of opportunity for black managers in football, saying, ‘the doors are not open for us to do what we can do and to go into management’

The Crystal Palace boss is the only person of colour managing in the Premier League currently, as black former players continue to go underrepresented in leadership roles.

The Black Footballers Partnership’s Szymanski report states that 43% of Premier League and 34% of English Football League players are black, but just 4.4% of managers are black.

Vieira says that opportunities are simply not as abundant to aspiring black managers as there are to white coaches.

Vieira told BBC’s Football News Show: ‘We have to give opportunities to people of colour. We are as good as anybody else. And we need to have no more or less opportunity than anybody else.

‘We need to be given more opportunities to show that we are as good as anybody else.’

‘Superficially, yes, there have been some changes,’ he told the Daily Mail. ‘There are more black and ethnic coaches now involved at grass roots, academy level, Under 21s. But what hasn’t changed is the level of black and ethnic managers and coaches at the top level. And that will always be the barometer.

‘For sure, there is still a huge lack of diversity in certain aspects of our game. And it’s not because the talent pool isn’t there. I will never accept that.’

You can follow our new Snapchat show Pop Cultur’d, the go-to place for all things pop culture.

Keep up with the latest Showbiz exclusives by following Metro Showbiz on Snapchat.

And football fans can indulge in all the transfer gossip and more on Metro Football on Snapchat.