‘Antonio Conte will be fuming’: Patrice Evra insists Tottenham boss will be furious with his side falling behind again, with ex-Man United defender claiming Spurs’ league position is ‘false’

Former Manchester United defender Patrice Evra has insisted Antonio Conte will be furious after his Tottenham side were forced to come from behind again, before recovering to earn a draw against Brentford.

Vitaly Janelt and Ivan Toney gave Brentford a 2-0 lead at the Gtech Community Stadium, before Harry Kane reduced the deficit on his return from missing a decisive penalty in England’s World Cup quarter-final defeat to France.

Pierre-Emile Hojbjerg levelled to earn Tottenham a point, with Kane denied a late winner when his header struck the crossbar. 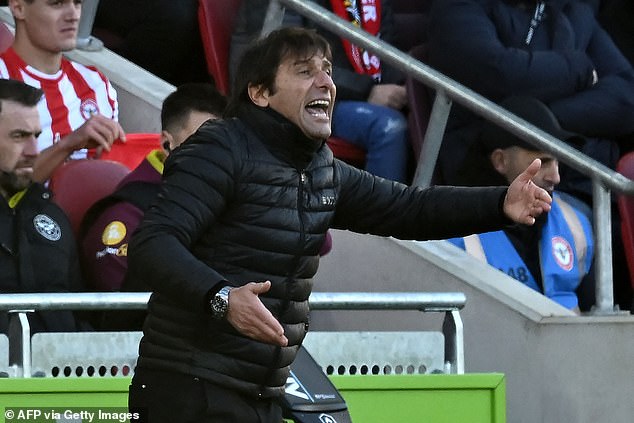 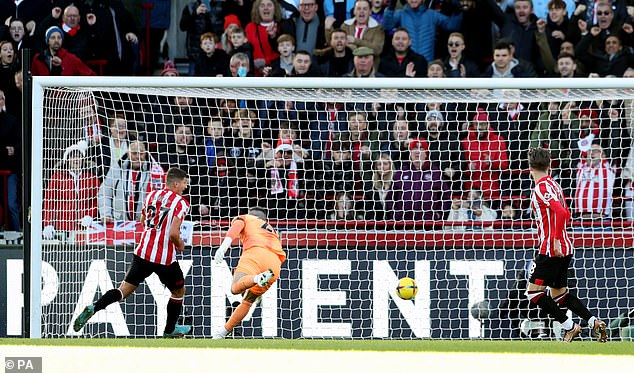 Tottenham have now fallen behind in five consecutive Premier League matches and for the ninth time in all competitions.

Evra, who played under Conte at Juventus, told Amazon Prime his former manager will be angry at his side despite having fought back in the second half.

The former France international insisted that Spurs need to become more proactive in matches, rather than needing to respond to setbacks.

‘Conte will tell them to stop reacting, they have to act in the first place,’ Evra said.

‘They can’t keep reacting, Antonio will be fuming about that.

‘You can see what they can do when they play, but they are coming too many times from behind.

‘A coach like Antonio Conte needs more time, you can’t build a winning team in one day. He just needs to fix that consistency.’ 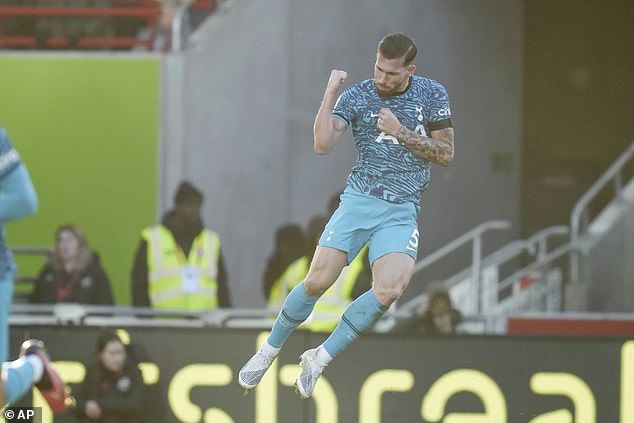 Former Tottenham goalkeeper Paul Robinson echoed Evra’s comments, claiming the North London side will not be successful long-term if they keep falling behind in matches before reacting.

‘It is a real problem Tottenham have got,’ Robinson said.

‘You are not going to be successful if you have to come back from a goal, two goals down every game.

‘It is not a one off, it is becoming a regular occurrence.

‘It is something the manager is going to have to address going forward.’ 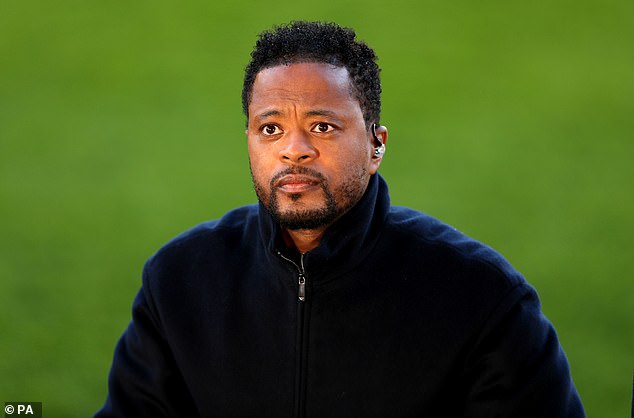 The draw keeps Spurs in fourth position in the Premier League, with a four point cushion to fifth placed Manchester United.

Evra warned that the current standings are a ‘false table’, with Manchester United, Liverpool and Chelsea among their rivals for a Champions League position who have two games in hand.

‘They have got to improve, the table looks comfortable but it is a false table.

‘They needed to win today but a point is not bad. Many teams will come to Brentford and struggle to get three points.’