Manchester United defenders Harry Maguire and Victor Lindelof may not be good enough to help the Red Devils get back to winning Premier League titles, according to Patrice Evra. Maguire and Lindelof have become the regular centre-back pairing for Ole Gunnar Solskjaer this season. The duo played key roles in helping United go 19 matches unbeaten before Sunday’s FA Cup semi-final defeat to Chelsea.

Evra admits United’s defensive statistics in the Premier League are good compared to some of their rivals.

But he is not sure if Maguire and Lindelof can help take his former side to the next level.

“Don’t get me wrong, I think they’ve got a lot of clean sheets and they’ve only conceded 35 goals,” Evra said on Sky Sports.

“I think [only] Liverpool or Manchester City [have conceded fewer].

JUST IN: Everton twist as new Hojbjerg decision made due to Tottenham talks 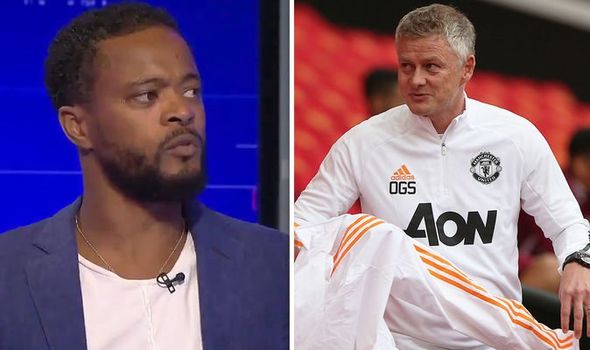 “I’m not convinced about that [if they can take United to the next level].

“And to be fair we were talking about [West Ham] will target David de Gea tonight but I think Michail Antonio will target Harry Maguire and it will be a tough game for Maguire tonight.”

“Lindelof and Maguire are a big worry for me. I think they need a dominant centre-back in there, I don’t think Maguire is the answer.

“If they want to play higher up the field I think you’ll get exposed in one v one situations.

However, Evra did defend his former team-mate De Gea who has received plenty of criticism since his error in the loss to Chelsea.

“I think we talk a lot about David de Gea, he made a few mistakes but he’s been a goalkeeper who has been named player of the year for four years in a row,” Evra said. 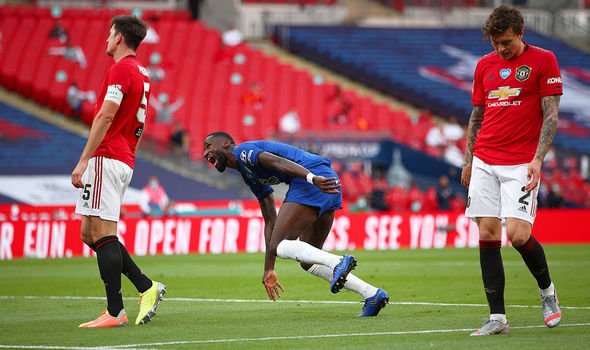 “I know Roy [Keane] said he’s the most overrated goalkeeper but I don’t agree at all with that.

“Of course the present doesn’t give any credit to David de Gea but to question his position, I’m not happy with that, and even asking the manager if David de Gea is starting – of course, he’s the best goalkeeper.

“I’m a little bit sad because the criticism – he deserves some of it recently – but to say David de Gea is an overrated goalkeeper I think is a little bit harsh.”