Evra, working as a pundit on Amazon Prime Video before the match, puzzled fellow pundits Thierry Henry and Roberto Martinez, as well as presenter Gabby Logan, by picking out some grass from the pitch before putting it into his mouth.

After the laughs died down, Erik ten Hag, who appeared before being interviewed ahead of the match, revealed he saw the act, before Logan apologised on behalf of the former Red Devils defender. 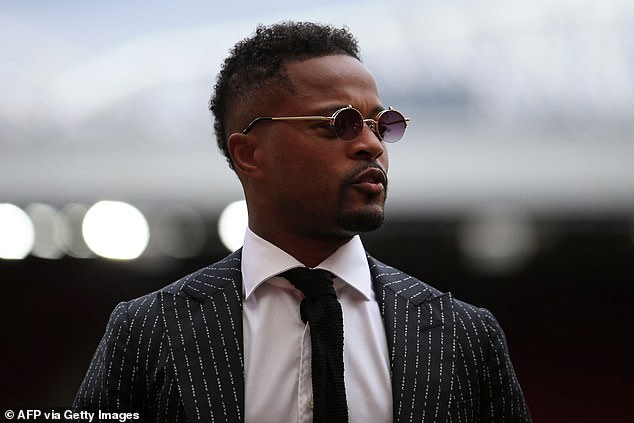 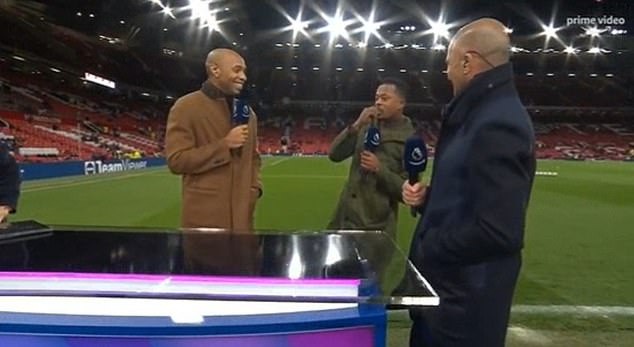 Cutting back from the commentary box, Logan, beside ten Hag, said to a laughing Henry: ‘Share it, Thierry. Anything you want to say?’

The former Arsenal forward replied: ‘The boss was just asking me if Pat enjoyed the grass.’

ten Hag laughed, before Logan added: ‘Did you see him eat the grass? I’m sorry about that. I must apologise for him.’

Evra then ate more grass at another part of the ground later on in the broadcast. 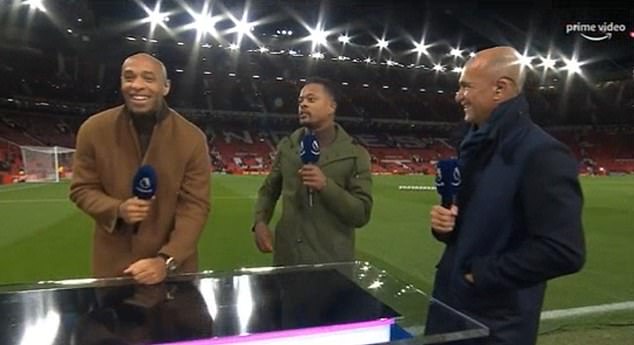 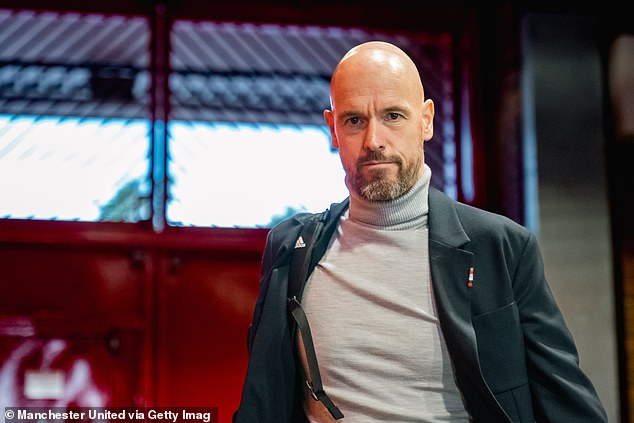 Beforehand, Evra spoke emotionally about his memories of Old Trafford, having made 377 appearances for United between 2006 and 2014.

He said: ‘It is a special place, I call it home. It is a little bit windy, but I asked someone to turn off the AC!

‘When I come here I always test the grass, it is a little bit garlicy but it is the same.’ 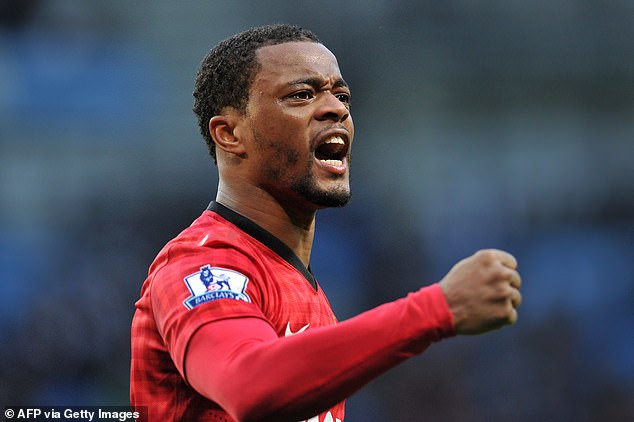 Henry and Martinez chuckled, before adding their own views on Old Trafford.

Martinez said: ‘The memories, it is an iconic stadium. We all suffered preparing to come here. Old Trafford is something that brings substance to the Premier League.’

Henry added: ‘I will put my Arsenal side on the side. It is an amazing stadium.

‘When I think about Old Trafford I think about [Eric] Cantona. We all wanted to go home and watch him. It was about Cantona, but we won the league here!’