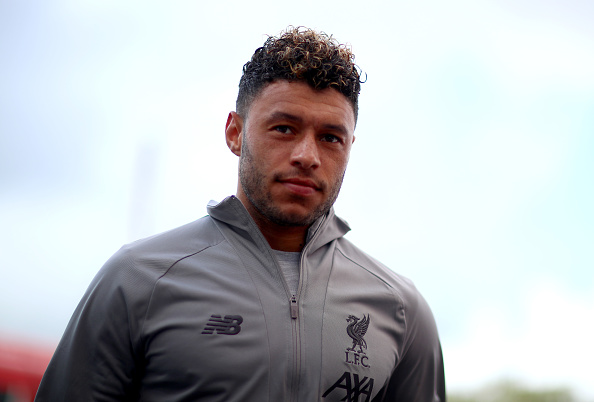 Alex Oxlade-Chamberlain is reluctant to leave Liverpool but fears he may need to seek a move away from Anfield to revive his career, amid speculation Arsenal have expressed interest in re-signing the England international.

Oxlade-Chamberlain has made 109 appearances for Liverpool since completing a £35m move from Arsenal in 2017, winning the Premier League and Champions League during his spell on Merseyside.

The 28-year-old started Liverpool’s opening-day victory over Norwich City but has only featured in one Premier League match since, with Jurgen Klopp able to call upon a number of other players in his midfield.

According to the Daily Mirror, Oxlade-Chamberlain is reluctant to leave Anfield but wants more game-time and realises he may need to move in order to fulfil his ambitions.

As Oxlade-Chamberlain fights for a place in Liverpool’s team, reports have claimed his former club Arsenal are interested in signing him during the January transfer window.

It is claimed the Gunners will attempt to sign Oxlade-Chamberlain on an initial six-month loan deal before potentially securing a permanent transfer at the end of the season.

Last year, Oxlade-Chamberlain admitted leaving Arsenal was the ‘hardest decision I’ve ever had to make’.

‘It was a big decision for me to leave a club like Arsenal. It was everything I knew at the top level for seven years,’ he said.

‘When you’ve been at a club like that for seven years…it’s a club where you love being and it’s more than just a football club, it’s a family culture.

‘When I had to make the decision to leave, it was the hardest decision I’ve ever had to make and to be honest there was a part of me that didn’t know if it was the right thing.

‘I feel a lot of my best performances for Arsenal came in midfield but I never played consistently in that position.

‘The first game of that season I switched with Hector [Bellerin]. First game I played on the left [wing-back], he played on the right and second game we switched.