The previous time Steven Gerrard could celebrate a goal in the Premier League, he couldn’t really celebrate it. He scored on his valedictory appearance, but Liverpool were 5-0 down to Stoke at the time and lost 6-1. After the unhappy goodbye in 2015 came the fonder return. When a stalemate beckoned, Ollie Watkins surged away from the half-way line, cut and curled a shot past Jason Steele. Gerrard set off down the touchline, briefly looking the force of nature again. Then Tyrone Mings lashed a shot into the roof of the Brighton net. Gerrard and Gary McAllister, the Liverpool midfield of 2001, could hug in joy.

Gerrard arrived at Aston Villa with a reputation as a winner. In his first game, he was, ending the run of five consecutive defeats that cost Dean Smith his job. And if much of it was forgettable fare, the manager might claim an assist. Ashley Young, who he had brought on, played the ball to Watkins. Initially exiled to the left flank, the eventual scorer was moved into the middle by the manager when Danny Ings went off. Gerrard found a way to win a largely dull affair.

But even the drabness of the first 83 minutes showed some sense of an improvement. Gerrard had prioritised greater solidity after 13 goals were sieved in Smith’s final five games. With Mings and Ezri Konsa resembling the more reliable figures they were last season and Brighton looking toothless, they got the shutout.

For all the romanticism of Gerrard the manager, Villa required that pragmatism, those solid foundations. Emi Martinez repelled a well-struck effort from Leandro Trossard and a drive from Tariq Lamptey but the goalkeeper was, like Gerrard, a spectator for much of the match.

At times, it felt a game crying out for Gerrard: the player, more than the manager, the man who specialised in seizing control of games and winning them singlehanded. Individual inspiration was harder to convey from the sidelines. Gerrard made a business-like entrance, with a purposeful stride along the touchline. He stood, hands in pockets on the edge of his technical area, assessing and advising. Wearing a smart black coat, Gerrard has the air and the presence of a manager. Now he has the first Premier League result of one, off the mark south of the border. 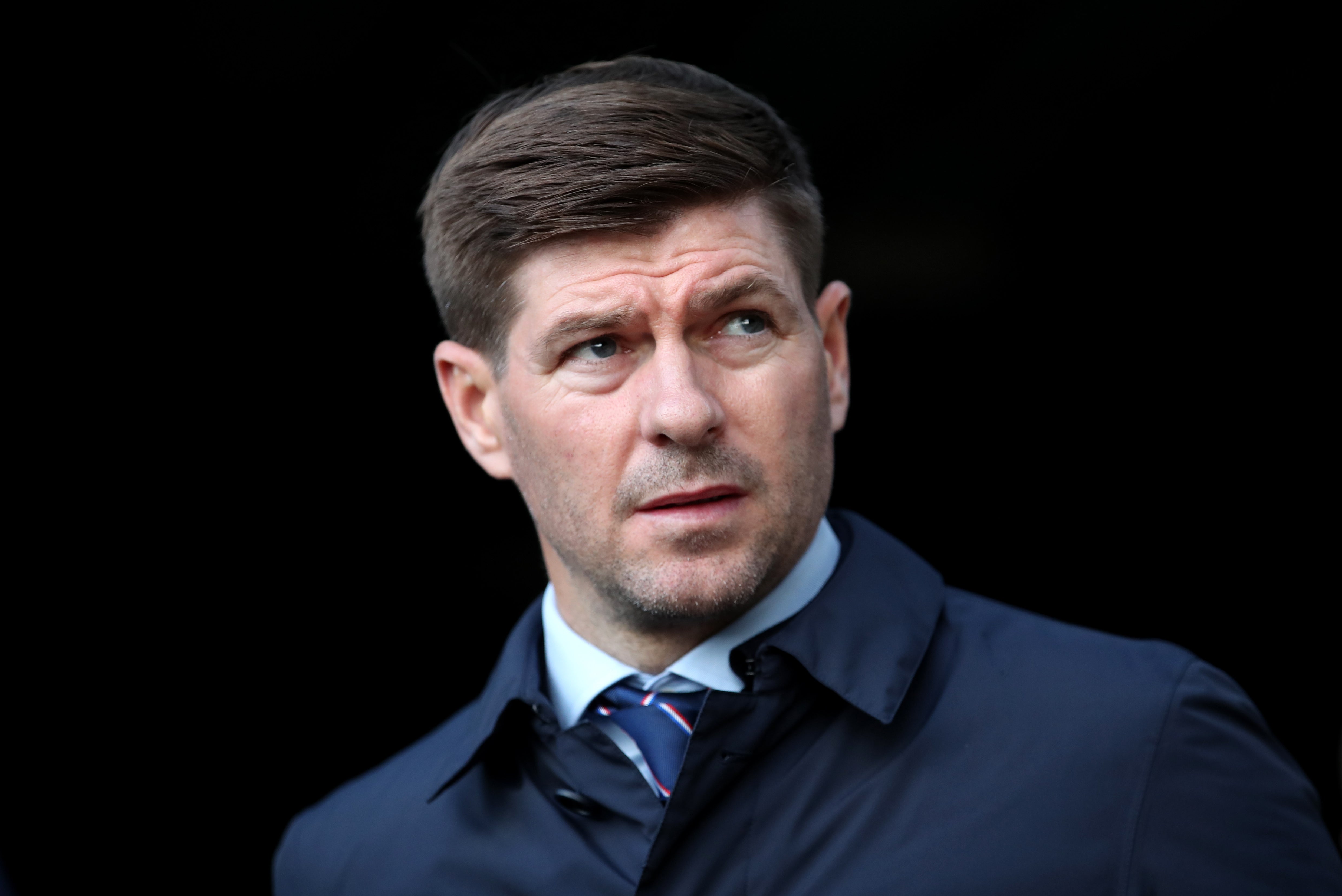 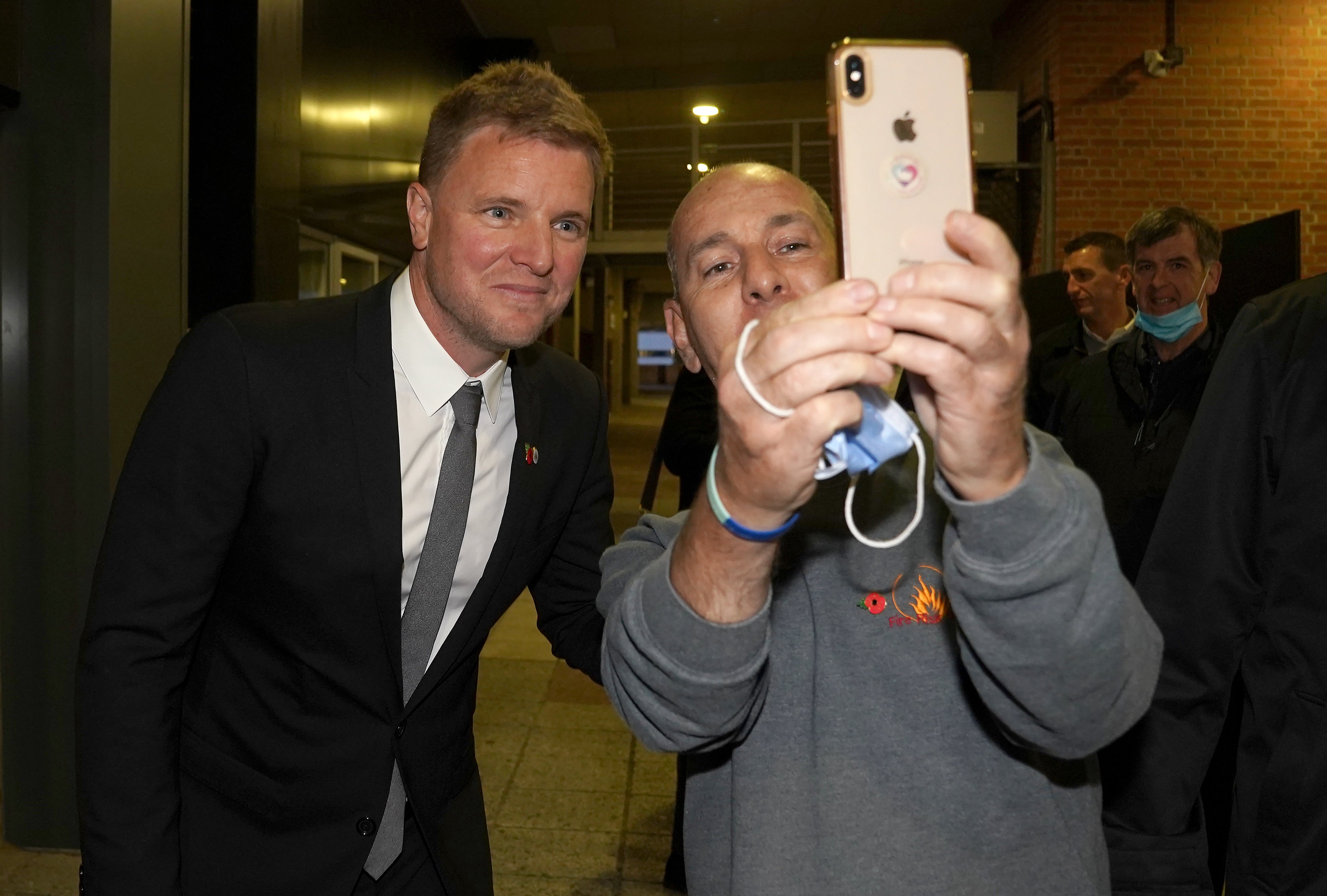 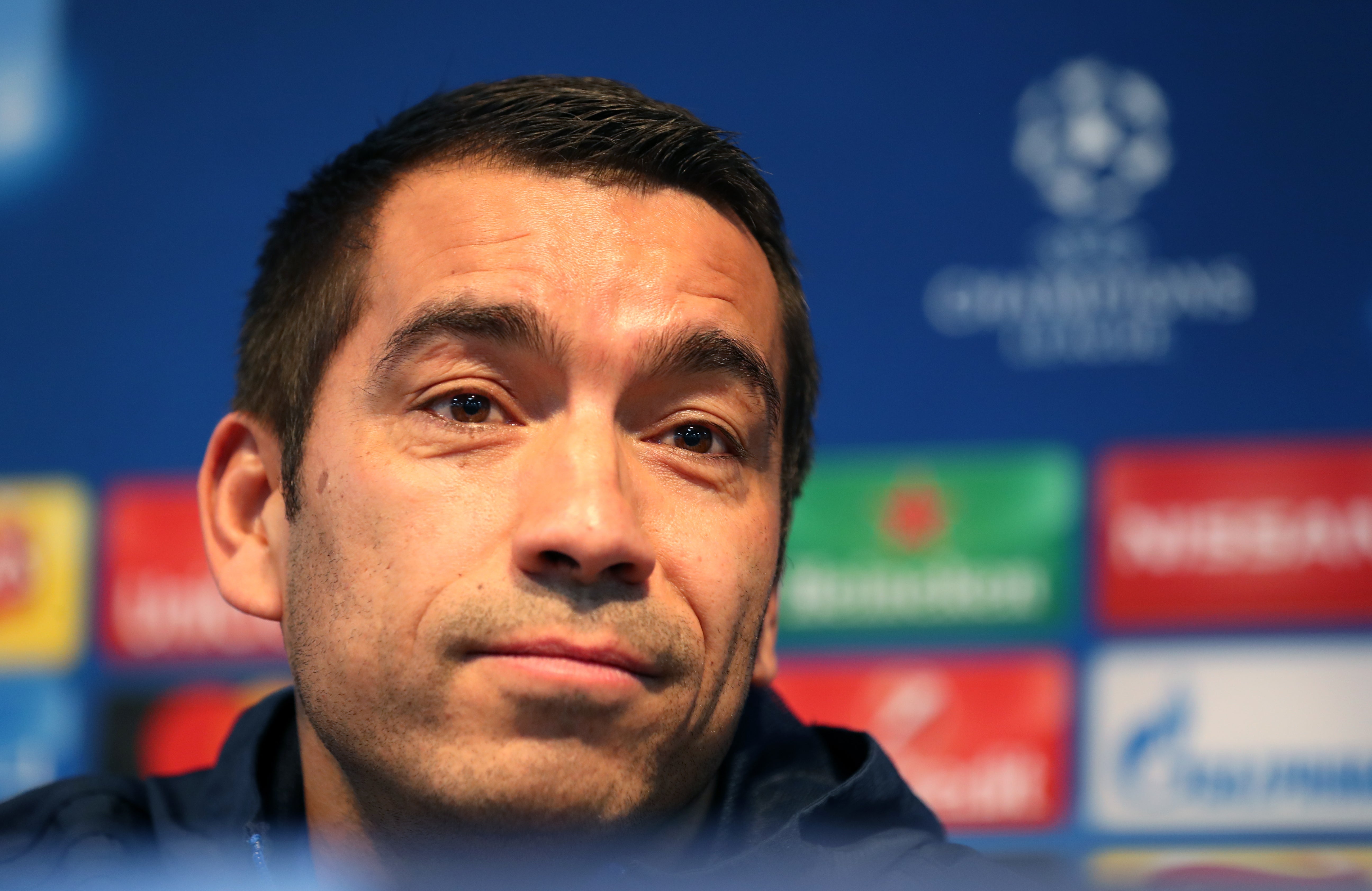 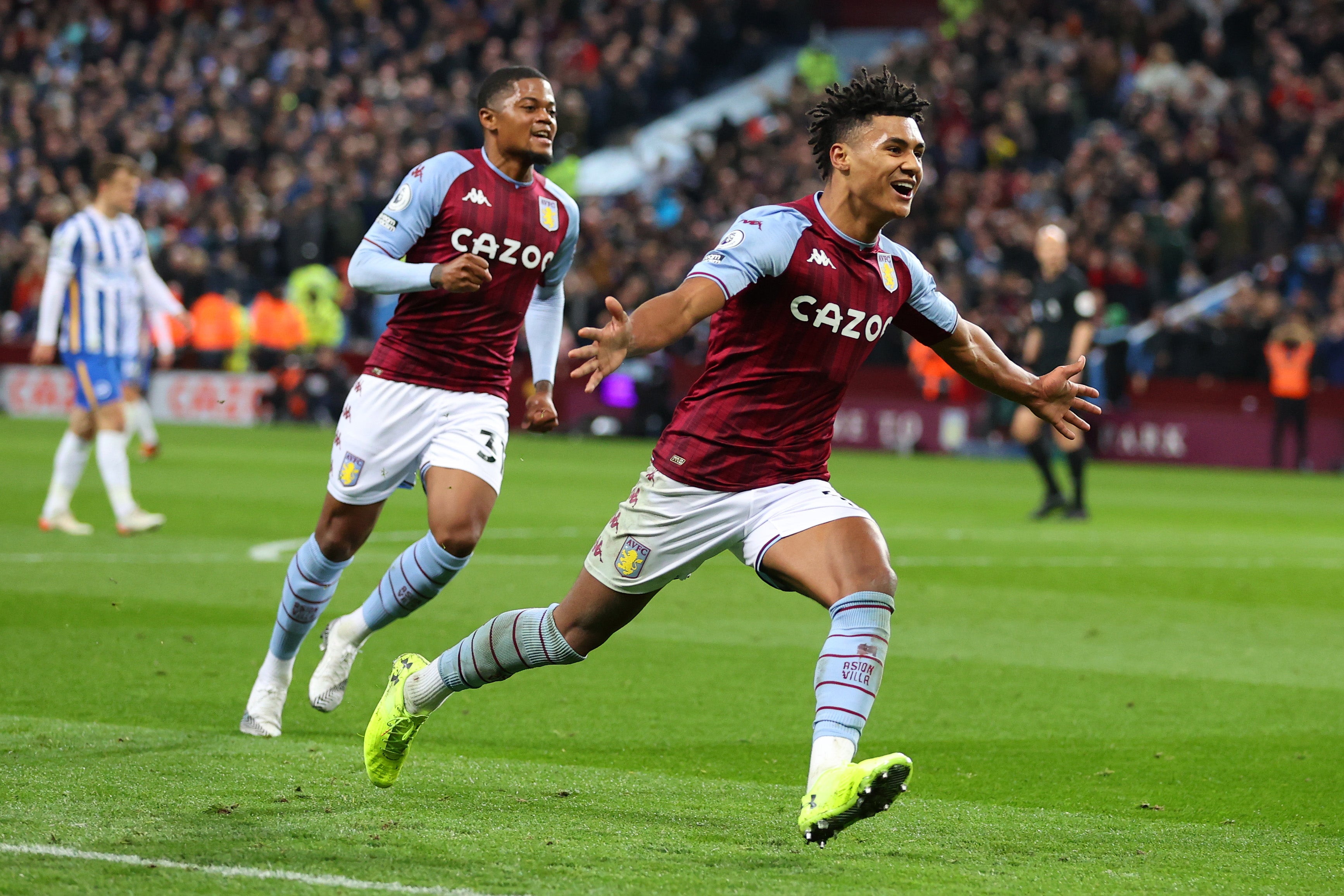 A successful day nonetheless offered indications of the task in hand. Minus Jack Grealish’s charisma and magnetism, Gerrard got early evidence their summer spending has not had the desired impact.

He demoted Leon Bailey to the bench, persevered with the anonymous Emi Buendia and recalled Ings who, in theory, was fit again. In reality, he laboured off the pace, Villa lacked sharpness and Gerrard was perhaps slow to substitute him. The new manager played 4-3-3, as he did at Rangers, but as the sacked Smith did two weeks earlier at Southampton. It looked more like evolution than revolution. 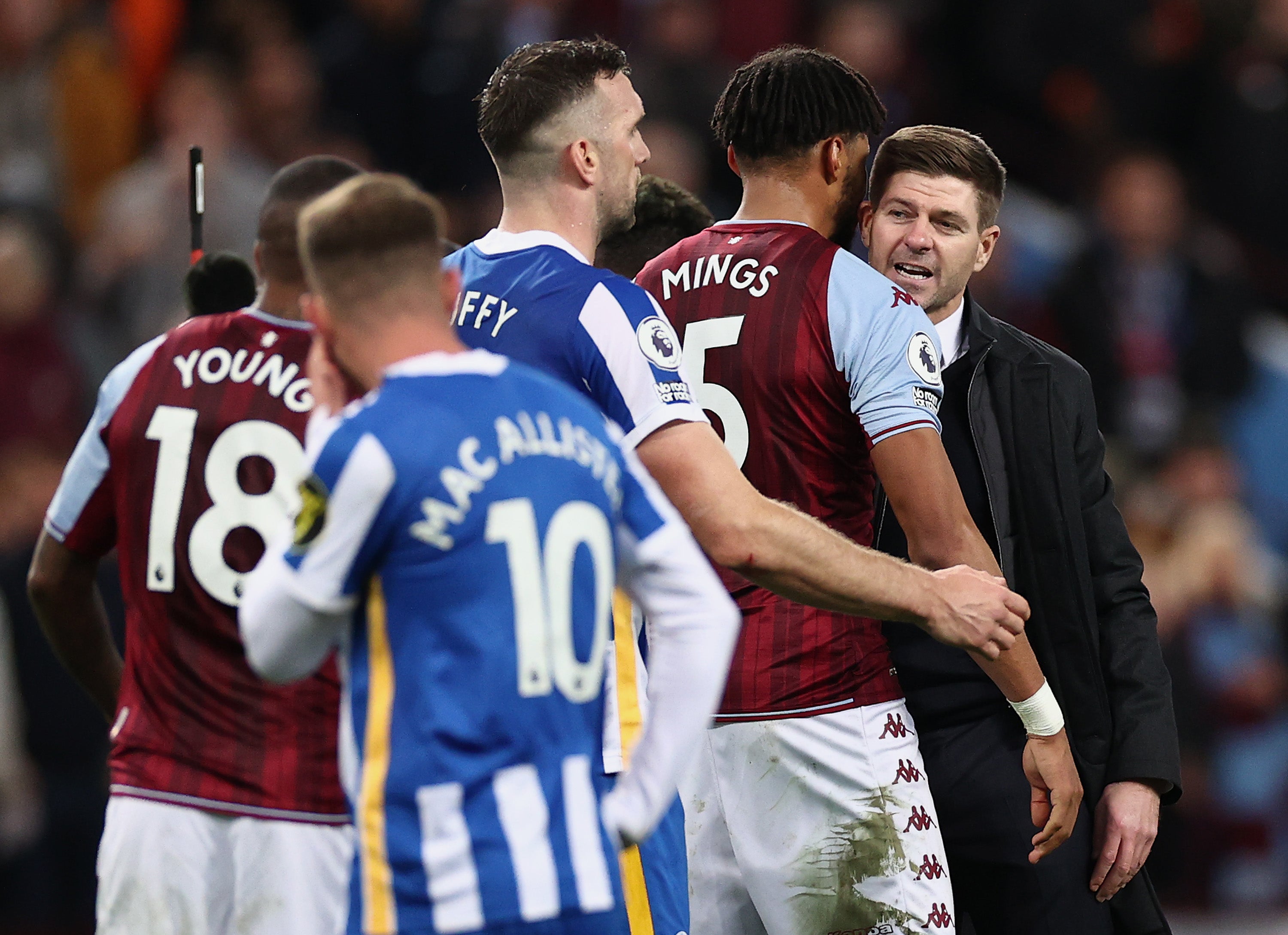 There may have been a hint of things to come from his past. Gerrard’s top scorer at Rangers last season was his right-back, James Tavernier, and his Villa counterpart, Matty Cash, could have got the first goal of the new regime with a header that Jason Steele blocked. The dynamic Cash claimed a penalty for a challenge by Solly March. He represented Villa’s brightest attacker until Watkins’ late burst. Mings could have scored earlier, with the Premier League debutant Steele saving his header. But Gerrard scripted plenty of late drama as a player; some more as a manager got him his first win with Villa.