‘I’ve always liked the MLS’: Olivier Giroud hints at a potential move to the US with just five months to run on his AC Milan contract… but admits his preference is to sign a new deal and see out his career with the Italian team

Giroud, 36, has spent the last 18 months with Milan after calling time on his successful three-and-a-half-year spell at Chelsea, where he claimed the Champions League, Europa League and FA Cup.

He has produced a return of 23 goals in 62 appearances for the Italian club, while playing an integral role in their first Serie A title triumph for over a decade last season.

Yet with his current deal up in the summer, as things stand the 2018 World Cup winner is set to become a free agent at the end of the 2022-23 campaign, meaning speculation over his next move is beginning to intensify. 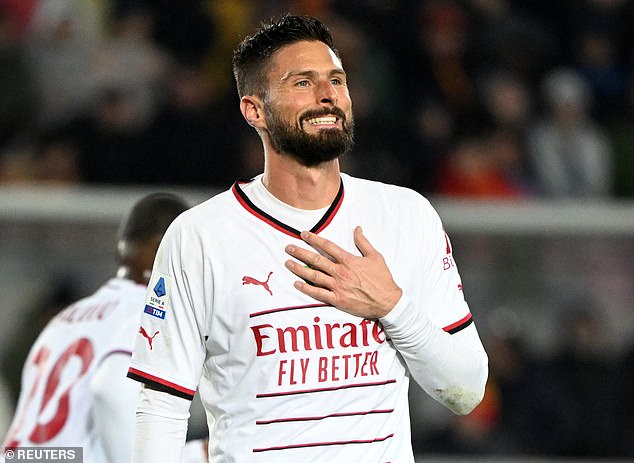 ESPN’s Taylor Twellman reported earlier this month that Giroud, who has scored nine goals in 24 games this season, is open to joining the MLS with a few unidentified teams understood to be exploring a possible switch.

And now the man himself has suggested as much by confessing he has long been a fan of America’s top flight.

When discussing his immediate future, Giroud told Canal Football Club, via Football Italia: ‘I want to renew with Milan, with the Scudetto win I entered the hearts of the fans. I’m talking with the club, if there’s a chance to finish my career at a high level at Milan I’ll do it.

‘I could choose an exotic destination, I’ve always liked the MLS.’ 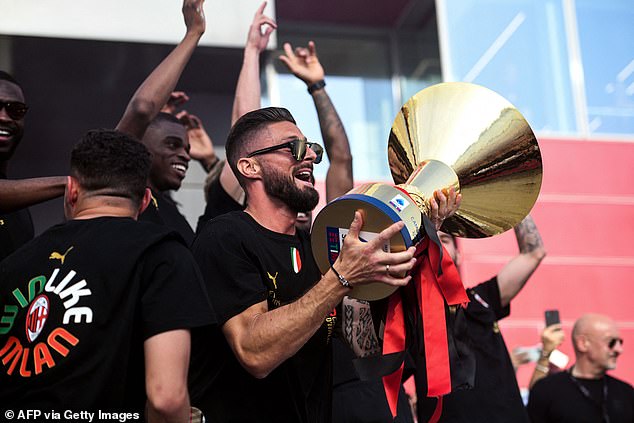 Giroud has spent the last 18 months with Milan, helping them win the Serie A title last season 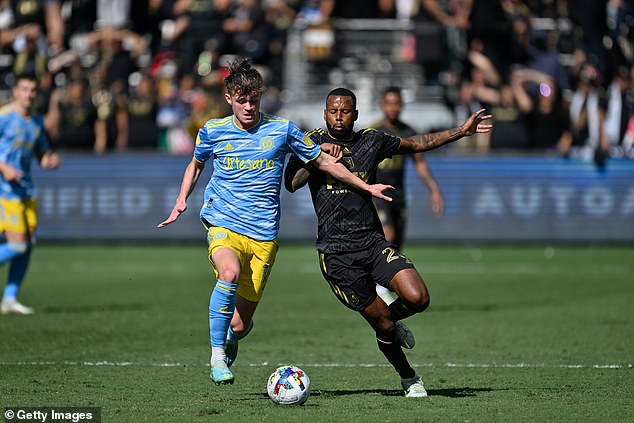 But amid doubts over his future beyond the summer, the 36-year-old admits he has long been a fan of America’s MLS (Pictured: Philadelphia Union vs LAFC)

He then added: ‘[I want] to continue scoring goals and winning trophies with Milan. As for France, I don’t know yet. I’m still reflecting.’

Despite setting his sights on an extension, Giroud reportedly turned down Milan’s latest offer as he weighs up his future heading into the final five months of his deal.

The veteran center-forward got back up and running for Stefano Pioli’s team after helping France reach last month’s Qatar World Cup final, where they were beaten on penalties by Argentina.

Giroud was hauled off by Les Bleus boss Didier Deschamps after 41 minutes of that final, coming as a major frustration after his crucial goals in last-16 and quarter-final wins over Poland and England. 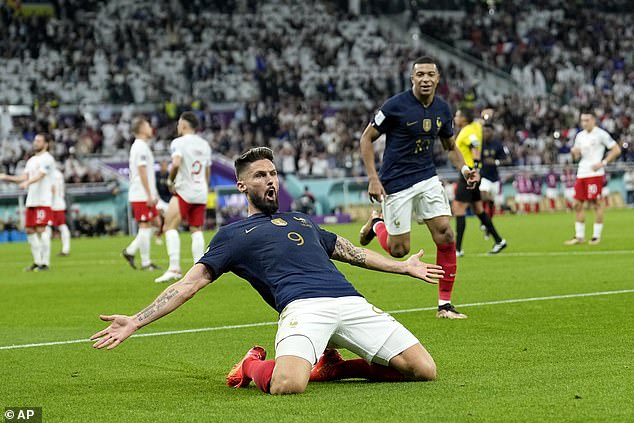 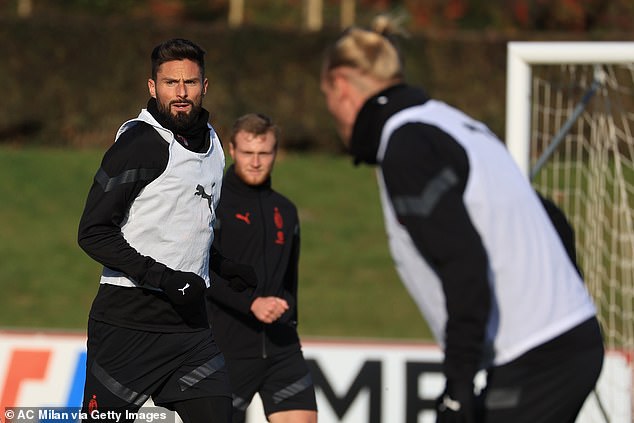 He is now weighing up his future, but insists his preference is to sign an extension with Milan

‘Until the final, it was a very good World Cup,’ he reflected. ‘I was disappointed and surprised to go off, I guess it was a tactical choice by Deschamps.

‘Being substituted in the 40th minute gave me a lot of mixed emotions, but I always supported my teammates.’