OLIVER HOLT: Romelu Lukaku’s only crime is that he told the truth in that explosive interview that rocked Chelsea… I’d rather listen to his honesty than the garbage footballers are fed by their PR drones

When Romelu Lukaku gave an interview to seek forgiveness from the fans of Inter Milan for leaving them for Chelsea and said he would love to return to San Siro, there was a certain inevitability that he would upset the fans of Chelsea. And so it has come to pass.

To make matters worse, Inter fans do not appear to be in a particularly forgiving mood.

‘It doesn’t matter who runs away in the rain,’ said the translation of a sign unveiled outside their stadium, ‘it matters who stays in the storm. Bye Romelu.’ And to add to the mess, the Chelsea boss Thomas Tuchel was distinctly unimpressed. 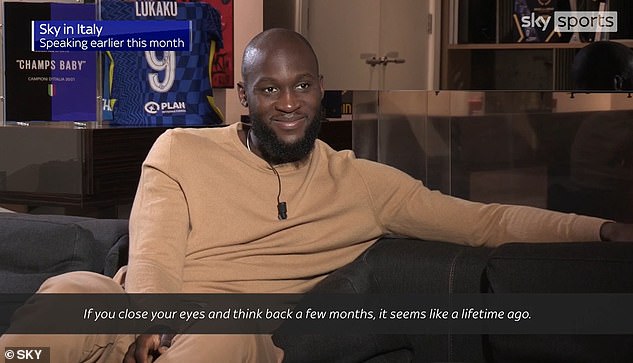 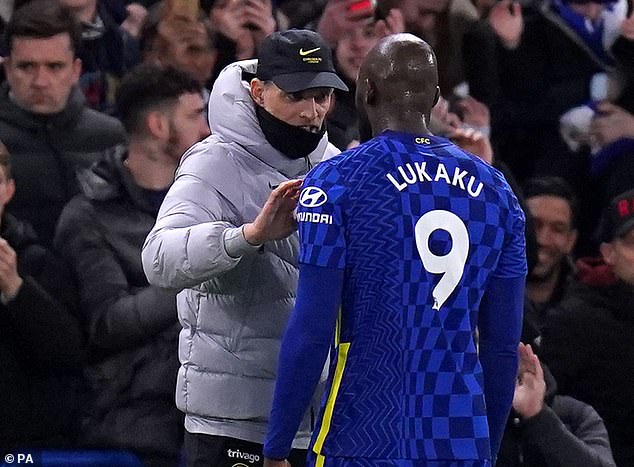 It is, presumably, only a matter of time before Lukaku gives another interview, this time seeking forgiveness from the fans of Chelsea. It is a difficult road for a player to travel because apologies only beget more problems and upset more people, particularly in the court of social media. Maybe it would have been better not to set out on the journey of justification in the first place.

But then that would have been a shame. Lukaku is one of the more cerebral players in the modern game and one of the more courageous. His views are always worth reading and he has the confidence to say what he thinks, which is a relative rarity today when original thought in a player is often media-trained out of existence.

A few years ago, in the build-up to the 2018 World Cup in Russia, the Belgium striker gave an interview to the Players’ Tribune that laid bare the realities of his impoverished childhood in Brussels and the motivation that drove him to become a superstar player.

‘I wanted to be the best footballer in Belgian history,’ he wrote in that piece. ‘That was my goal. Not good. Not great. The best.

‘I played with so much anger, because of a lot of things … because of the rats running around in our apartment … because I couldn’t watch the Champions League … because of how the other parents used to look at me. I was on a mission.’ 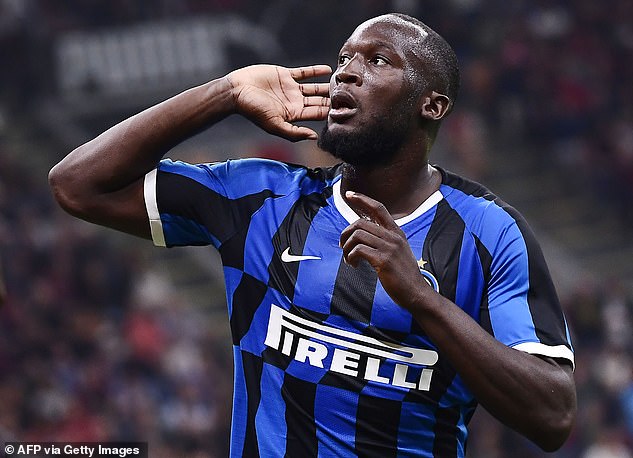 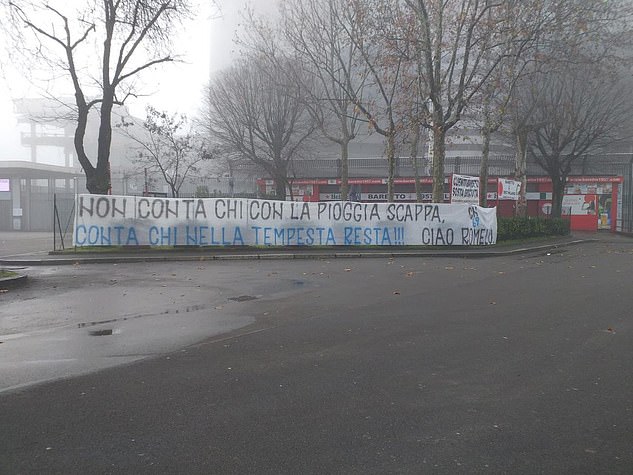 It was a great interview, the kind that teaches you not to look at a player in quite the same way again, the kind that tells you about his visceral desire to use football to care for his family, to let nothing get in the way, to dedicate himself to the game utterly and completely.

I loved the honesty and the detail of that interview, the way he talked about knowing things were bad when he came from school and found his mother mixing water into their milk so it would last longer. It takes a kind of bravery to open yourself up like that.

‘I don’t know why some people in my own country want to see me fail,’ he wrote. ‘I really don’t. When I went to Chelsea and I wasn’t playing, I heard them laughing at me. When I got loaned out to West Brom, I heard them laughing at me. But it’s cool. Those people weren’t with me when we were pouring water in our cereal. If you weren’t with me when I had nothing, then you can’t really understand me.’

The interview he gave to Sky Italia, the interview that has caused all the problems, was uncompromising in a different way. Lukaku knows the sensitivities of the modern game and he must have been aware his words, his surfeit of honesty, might not be well received by his current employers. He went ahead with it anyway. 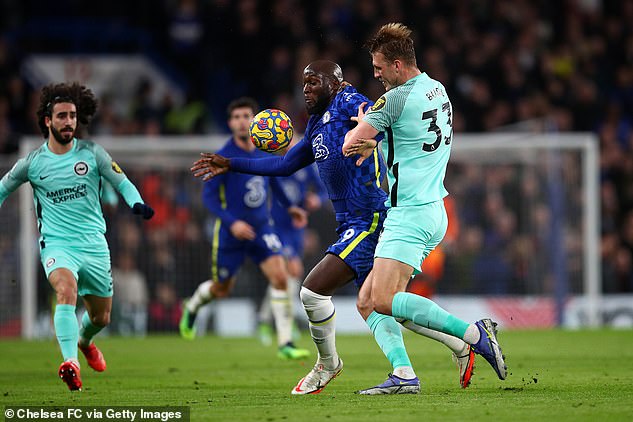 For whatever reason, Lukaku seemed to want to put the record straight with Inter fans about why he left in the summer. It is part of the psyche of many modern footballers to want to be loved by the fans of former clubs in a way that other generations of footballers cared about less, or maybe less obviously.

This did not quite belong to the same family of communication as the social media messages put out by the people who run players’ Twitter and Instagram accounts. You know the type: the fulsome apology because two of their attempts at taking a corner didn’t clear the first man. The mea culpa because they scored an own goal. The self-flagellation because they failed to clear a cross.

Lukaku went further than that. What he said had substance. And feeling. It wasn’t just PR. And I admire him for it. It wasn’t diplomatic but it was honest. When we get down to it, that is what the Chelsea centre forward is being criticised for. He was honest. He didn’t stick to the script that all of his dreams have come true now he has rejoined Chelsea. He did not say he would never, ever want to leave.

If Lukaku did anything wrong, it was that he broke that rule. He told the truth. He said he wasn’t happy with the system that he is being asked to play in at Chelsea, where he is often alone up front, and he suggested that he preferred playing alongside another striker. He said he had loved being at Inter and hadn’t wanted to move. He said that one day he would like to go back. 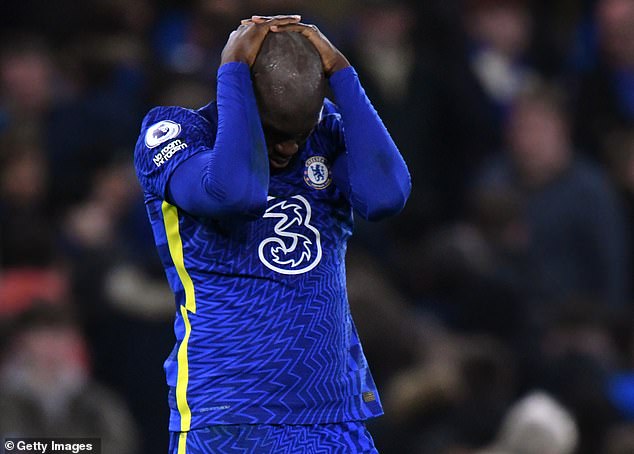 His only crime was telling the truth and, while controversial, it is better than scripted PR words

I understand why Tuchel, in particular, is unhappy. ‘I don’t like it because it brings noise we don’t need,’ he said. At a time when Chelsea’s season is stuttering and a big game against Liverpool lies ahead on Sunday, the timing of Sky Italia’s release of the interview with Lukaku is far from ideal for his club.

But once more, Lukaku’s only crime here is honesty. We reached a stage long ago in football where fans have a reduced expectation of a player’s loyalty.

Loyalty in football is a pleasant surprise. It is the exception, not the rule. And that cuts both ways: Chelsea’s jet-propelled revolving door for its managers is proof of that.

Lukaku did not say he was going to agitate for a move away from Stamford Bridge. He did not say he was going to down tools. He said he would continue to give everything for Chelsea. Tuchel might be unhappy with him today but he is also one of the best coaches in the world. He knows Lukaku is one of his main assets. He will find a way to make it work.

In the meantime, I hope Lukaku keeps saying what he thinks. I’d rather listen to a man telling the truth than read the prosaic garbage scripted by PR drones that sucks the personality out of players on social media. He may not be at Chelsea for the rest of his career but if he is there long enough to help the club win major trophies, that will be enough.

ROONEY STANDING TALL AMID THE CHAOS

Wayne Rooney was patronised for much of his career as a footballer, scorned for pretty much everything that anybody could throw at him: upbringing, lifestyle, intellect, he got both barrels.

So as adversity besets him in his first managerial role at Derby County, it may have been a surprise to some to see Rooney standing tall and strong amid the chaos.

Derby have been deducted 21 points this season, which most assumed would condemn them to relegation. Most also assumed that Rooney would walk away. He didn’t. He stayed and he fought and he has held what remains of the club together. He has led with dignity and authority.

Ahead of Monday’s visit to Reading, Derby have won their last three games and, even if it is too much to ask to save his club from the drop, what he has achieved already demands that people start to look at Rooney in a different light. 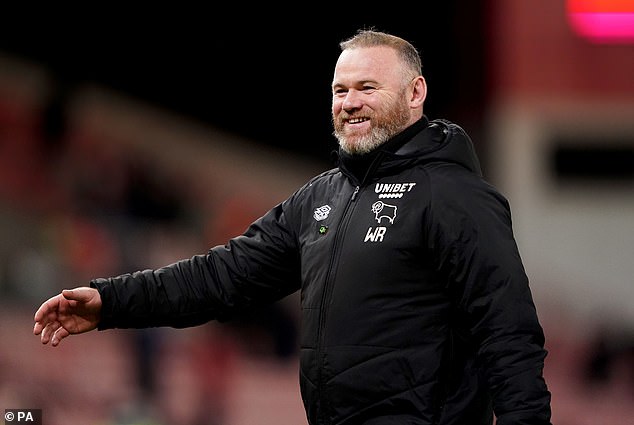 LOOK IN THE MIRROR…

Some of the complaints about the workload visited on Premier League footballers feel justified, particularly in the era of Covid.

With that in mind, it would be reasonable to assume that the elite clubs will turn their backs on far-flung pre-season tours this summer, even if coronavirus restrictions permit them to travel, to reduce the strain on their players.

The top clubs ask for our sympathy for the demands placed on their players but they should look at themselves before they blame others. 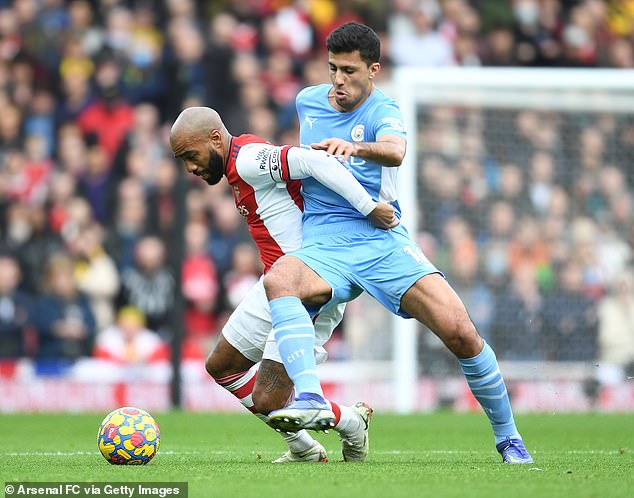